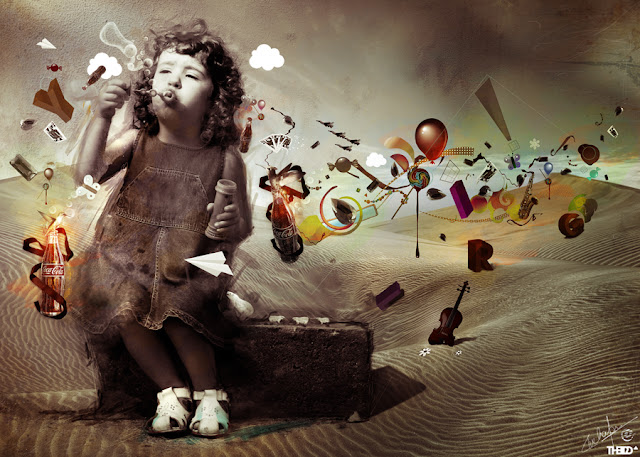 “Think left and think right and think low and think high. Oh, the thinks you can think up if only you try!”

Not long ago I commented that steps need not be boring and I posted a series of photos of painted steps to illustrate the point. With imagination even something as ordinary as a set of stairs can be made fascinating and beautiful. Here are more examples, stairs decorated by mosaics: 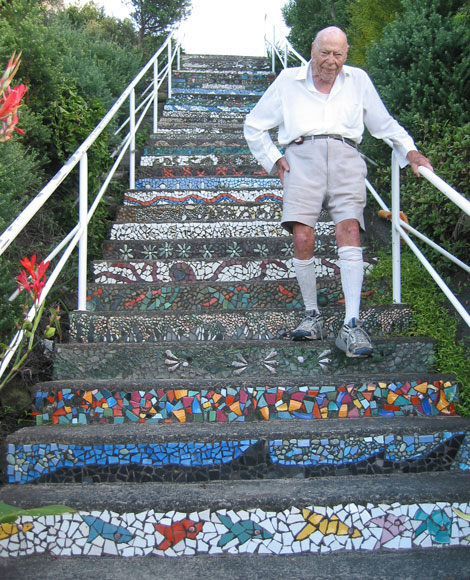 Steps in Coogee (a coastal suburb of Sydney).
The man pictured is Alan Waddell, now deceased, who began walking after his wife of 60 years died in 2002. Walking daily for an average of 85 minutes per day, he determined to walk every street, laneway, stairs and path of Sydney and its suburbs. By his death in 2008, he had completed 291 suburbs. One other item of note, he was aged 94 when he died. His website, still updated regularly by his sons, contains many photos of interest, whimsy, humour, the bizarre and of beauty. See it by clicking here:
http://www.walksydneystreets.net/index.htm 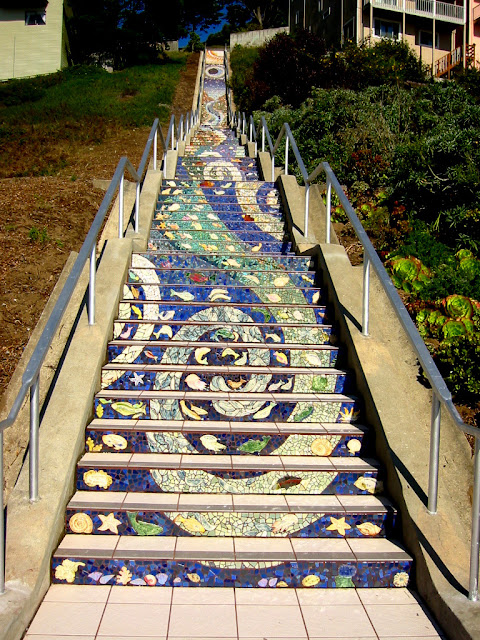 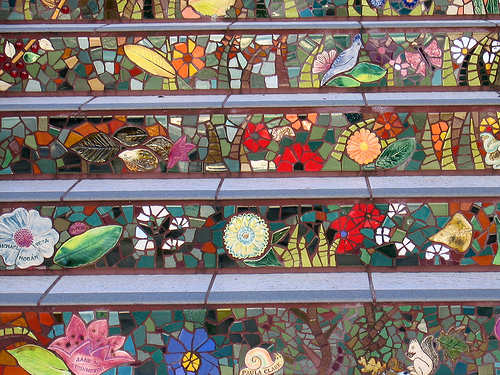 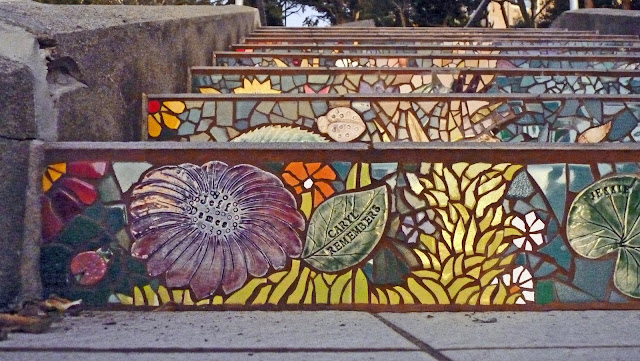 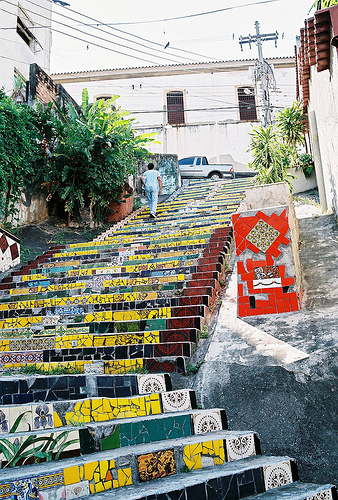 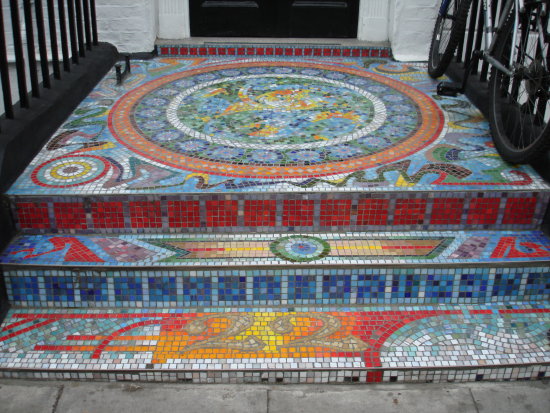 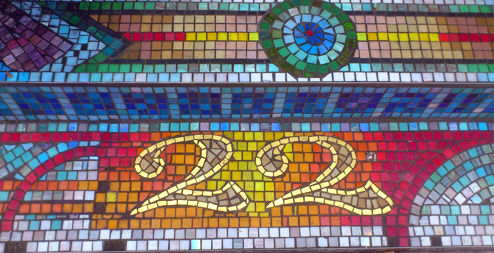 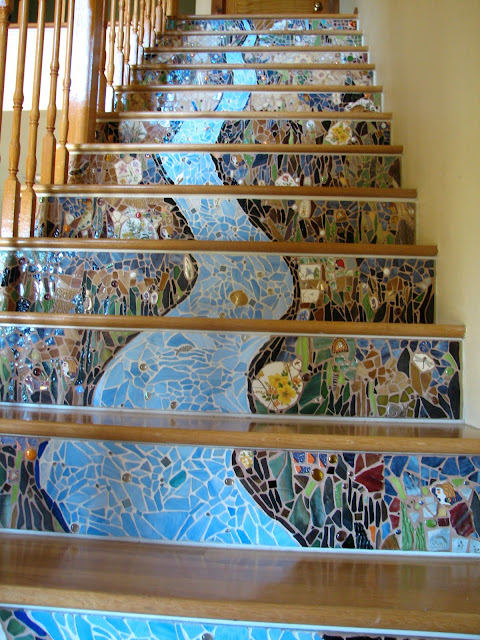 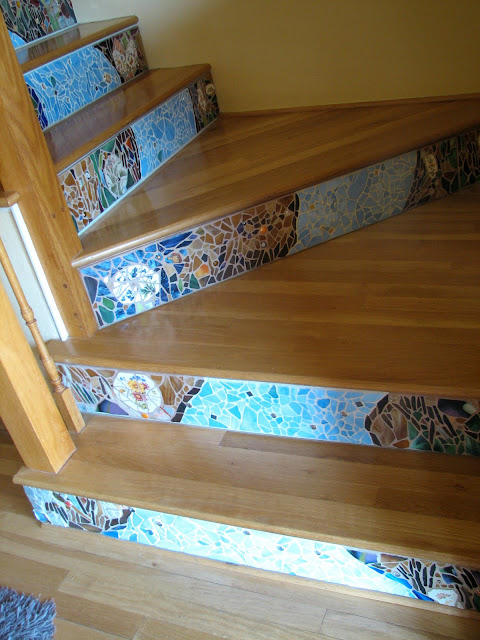 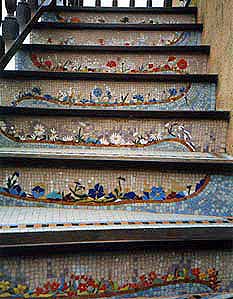 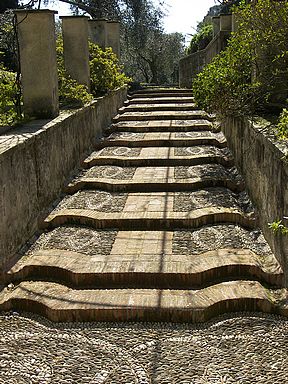 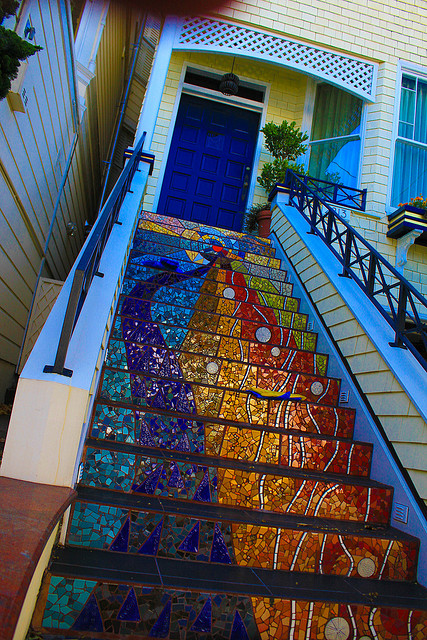 On the topic of mosaics and proving the old adage that the more things change, the more they remain the same, here are pics of some Roman mosaics excavated at the Villa Romana del Casale.  Built in the 4th century and located in Sicily, it contains the richest, largest and most complex collection of Roman mosaics in the world.  The mosaics below were discovered as a floor in a room dubbed the "Chamber of the Ten Maidens" and have been informally called "the bikini girls".  They depict young women performing sports including weight lifting, discuss throwing, running and ball-games. Does the mosaic with the ball look like Olympic beach volleyball to anyone else? 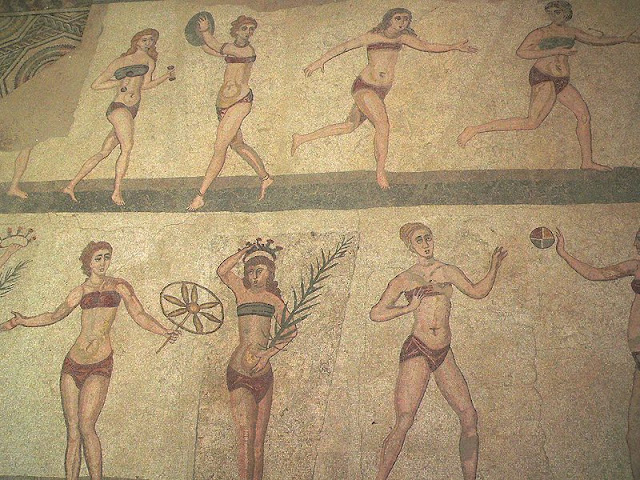 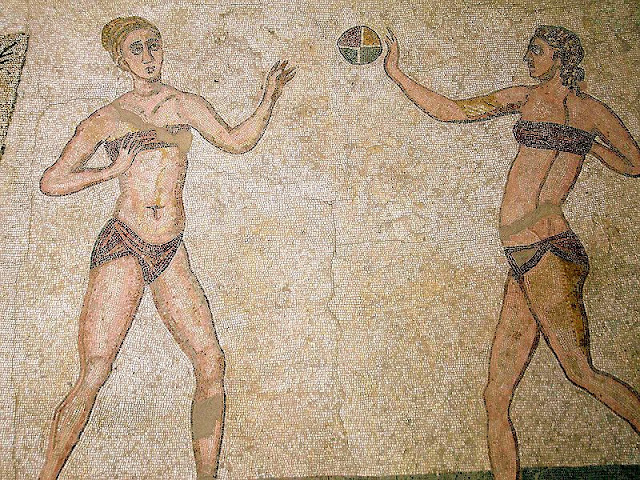 Posted by BytesMaster at 5:01 AM