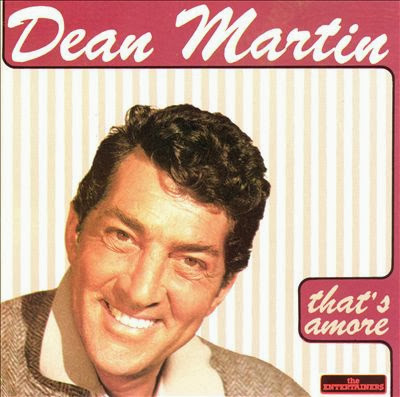 When the moon hits your eye,
Like a big pizza pie,
That's amore..

When an eel bites your hand,
And that's not what you planned,
That's a moray.

When our habits are strange,
And our customs deranged,
That's our mores.

When your horse munches straw,
And the bales total four,
That's some more hay.

When Othello's poor wife,
Becomes stabbed with a knife,
That's a Moor, eh?

When a Japanese knight,
Uses his sword in a fight,
That's Samurai.

When your sheep go to graze,
In a damp marshy place,
That's a moor, eh?

When your boat comes home fine,
And you tie up her line,
That's a moor, eh?

When you ace your last tests,
Like you did all the rest,
That's some more "A"s!

When on Mt. Cook you see,
An aborigine,
That's a Maori.

Alley Oop's homeland has,
A space gun with pizzazz,
That's a Moo ray...

When your chocolate graham,
Is with marshmallows crammed,
That s'more, eh.

When a taffeta gown
looks like waves swirling round
that's a moiré.

He's a clown, he's a ham,
and his name's Amsterdam,
that's a Morey.

East of Eden's a book,
west of Sweden, go look,
that is Norway.

When the Chinese are shook
by the Little Red Book,
that's the Mao way!

When you've had quite enough,
Of this dumb rhyming stuff,
That's "No more!", eh?

In this context I must also pass on an anecdote that happened in Burwood Local Court many years ago.  It concerns a colleague and fellow practitioner, John.

John was appearing for a defendant whose last name was Amore.

It is usual in such Local Court proceedings to have your client stand when announcing your appearance so that the magistrate can see which person is the defendant.  On this day the court was crowded with practitioners, court officers, prosecutors, social workers, defendants, family members and police officers.  There was not even standing room so that it was difficult for the magistrate to identify the defendant.