7. A novel without the letter e: 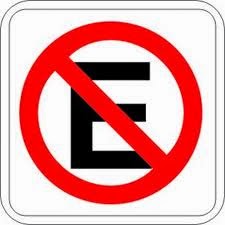 In 1939 Ernest Vincent Wright self published a novel of over 50,000 words, none of which contain the letter e. Called Gadsby, it is an example of a style known as a lipogram, an intellectual exercise in writing where certain parts are deliberately omitted.

The letter e is the most commonly used letter in the English language. As an example, see how many times it appears in the above paragraph.  How many times is the word "the" used in sentences?

To make sure that no accidental e’s worked their way into his story, Wright disabled the e key on his typewriter. 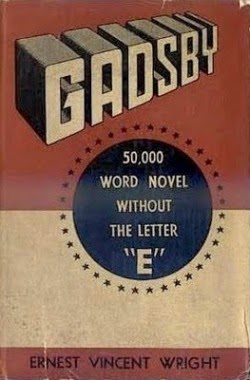 The plot revolves around the dying fictional city of Branton Hills, which is revitalised thanks to the efforts of protagonist John Gadsby and a youth group he organises. 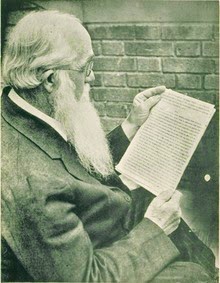 In the introduction Wright says that the hard part was avoiding words that ended in “ed”.  He overcame this by using a different form of past and present tense eg “did walk” instead of “walked”.  Numbers between 6 and 30 were out and he only used abbreviations where the full form did not contain an e, hence Dr and PS were okay, Mr was not.

Familiar sayings were sometimes adapted by Wright into forms that did not contain an e: "Music has charms to soothe a savage breast" is changed to music being said to "calm a wild bosom” and Keats’ “a thing of beauty is a joy forever” becomes “a charming thing is a joy always".

The novel is written from the point of view of an anonymous narrator, who continually complains about his poor writing skills and often uses circumlocution.

Now, naturally, in writing such a story as this, with its conditions as laid down in its Introduction, it is not surprising that an occasional "rough spot" in composition is found. so I trust that a critical public will hold constantly in mind that I am voluntarily avoiding words containing that symbol which is, by far, of most common inclusion in writing our Anglo-Saxon as it is, today.

By now, Branton Hills was so proud of not only its “smarting up,” but also of its startling growth, on that account, that an application was put forth for its incorporation as a city; a small city, naturally, but full of that condition of Youth, known as “growing pains.” So its shabby old “Town Hall” sign was thrown away, and a black and gold onyx slab, with “CITY HALL” blazing forth in vivid colors, put up, amidst band music, flag waving, parading and oratory. In only a month from that glorious day, Gadsby found folks “primping up”; girls putting on bright ribbons, boys finding that suits could stand a good ironing; and rich widows and portly matrons almost outdoing any rainbow in brilliancy. An occasional shop along Broadway, which had a rattly door or shaky windows was put into first class condition, to fit Branton Hills’ status as a city. Old Bill Simpkins was strutting around, as pompous as a drum-major; for, now, that old Town Council would function as a city council; his council! His own stamping ground! According to him, from it, at no far day, “Bill Simpkins, City Councilman,” would show an anxiously waiting world how to run a city; though probably, I think, how not to run it.

A glorious full moon sails across a sky without a cloud. A crisp night air has folks turning up coat collars and kids hopping up and down for warmth. And that giant star, Sirius, winking slyly, knows that soon, now, that light up in His Honor’s room window will go out. Fttt! It is out! So, as Sirius and Luna hold an all-night vigil, I’ll say a soft “Good-night” to all our happy bunch, and to John Gadsby — Youth’s Champion.


And so I too bid you adios, hoping that you had fun with this post.  (That was without an e but it's not easy).