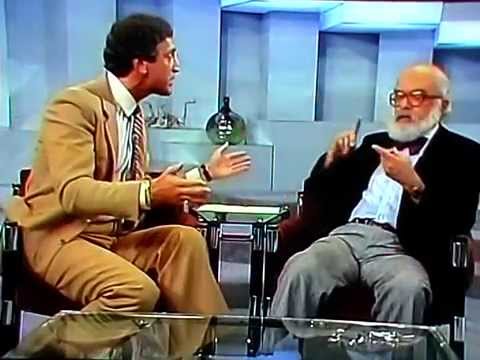 Lane was a friend of Doris Stokes, who claimed to be able to speak with the dead and to relay messages to and from. Magician and illusionist James Randi had made it his personal mission to debunk people such as Uri Geller and Stokes.

Uri Geller, Doris Stokes and broadcaster Kevin Arnett regularly appeared on The Don Lane Show discussing psychic and paranormal themes. On one occasion in 1980, the skeptic James Randi was a guest on the program. After Randi criticised one of the show's regulars [Doris Stokes], a heated exchange occurred at the end of the interview, which led to Lane saying, "we're going for a commercial break and you can piss off. We'll be back with Diana Trask". Lane then walked off the set, sweeping the props from the small table, to audience applause. The aftermath of the event led to a national and personal apology to Randi, which was televised on the Nine Network.

See it by clicking on:
https://www.youtube.com/watch?v=PIvolhx8yJA

"Years later they did a commemorative program where they invited Don to come back. They invited me to be on it. I had a very busy schedule and couldn't get to Australia, but I said I could do it by phone.

"So I called him on air. I said, 'Hi, this is James Randi and I was asked to call you, Don.' He didn't seem very happy about it. So we had a short conversation, in which he said only 'yes' and 'no', very grumpy. Then I said, 'Well, it's time for me to say goodbye, but before I do – Don, piss off.' Australian entertainer Bert Newton is best known for his collaborations with Graham Kennedy and Don Lane on their respective tonight shows and for long term hosting of the TV Logie Awards. In the former capacity, in his association with Don lane, he would often dress up as noted personalities. One such impersonation was as Colonel Sanders where often deliver, in a Southern accent, “I like the boy.”

Fast forward to the 1979 Logies where Newton was chatting with presenter Muhammad Ali, during which he uttered the “I like the boy” sentence, not realising that "boy" can be regarded as a racial slur in the US.

See what happened by clicking on:
https://www.youtube.com/watch?v=g9knPd8q7Ok

PS:
Realising that the gaffe was unintentional, Ali forgave Newtown: 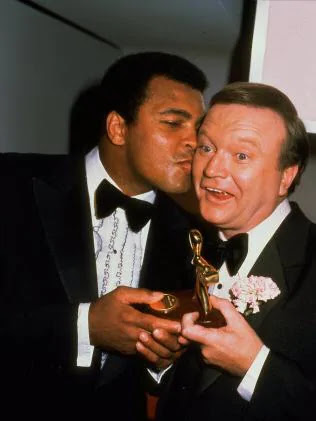 Michael Cole says “Shit!” whilst drunk at the Logies: 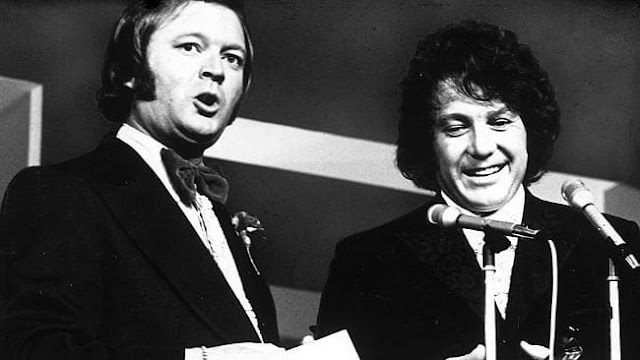 Still on the aspect of the Logies, in 1973 Bert Newton was compering when American star Michael Cole was called on stage to receive the Best American Show award for Mod Squad. By the time he hit the stage, Cole had been imbibing for some time. Indeed, he was well And truly imbibed when the presentation was made and the microphone was given to him.

See an interview with Michael Cole 2 years ago in which that incident is mentioned, by clicking on:
https://www.youtube.com/watch?v=tBQpLekOxOk
Skip to about 5.10 if you want to fast forward to the Logies incident. 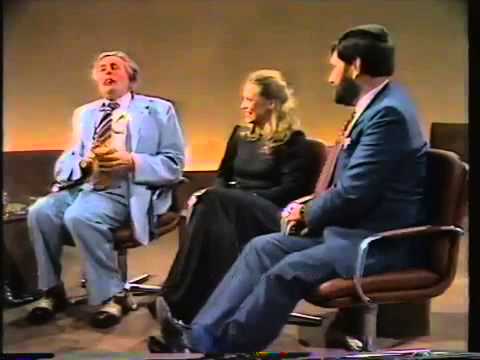 Barry Humphries’ character Sir Les Patterson, Minister for the Yartz and Chairman of the Cheese Board was interviewed by British journo Sir Michael Parkinson on Parky’s Oz interview program in 1985. Also on the show were MP Barry Jones, a former quiz king, and Australian actress Jacki Weaver. I will say no more, watch the clips:

And as a bonus, Sir Les recites the ode he has written in Parkinson’s honour:

Ode to Parky
by Sir Les

If he gets nervous, well it’s never showed
His face is like a mile of rugged road
His crows feet are the dried up beds of smiles
And his best friends are aware that he’s got piles…
of charm, pazazz and british spunk and phlegm

This bloke can conjure laughter and applause
In the wake of ratbags, puffs and crashing bores
And if he’s pushed for spicy dialog
He’ll ask you if you’ve ever nudged the grog

The TV critics here are chippy guys
They’ll try to chop old Parky down to size
A few might say, “Go back where you’ve come from”
“We won’t be taught charisma by a pom”

But he knows the average Aussie journalist
Is following orders, jealous or half pissed
He smiles, he does his job, he doesn’t care
When you’re the ace, where do you go from there

So whether you be Hun or Nip or Darkie
Raise your glass of lager, rum or Saki
And drink to my old cobber
Dear old Parky 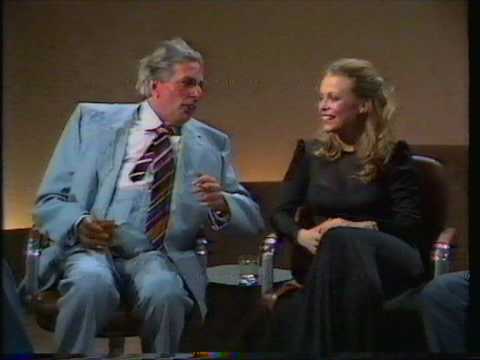 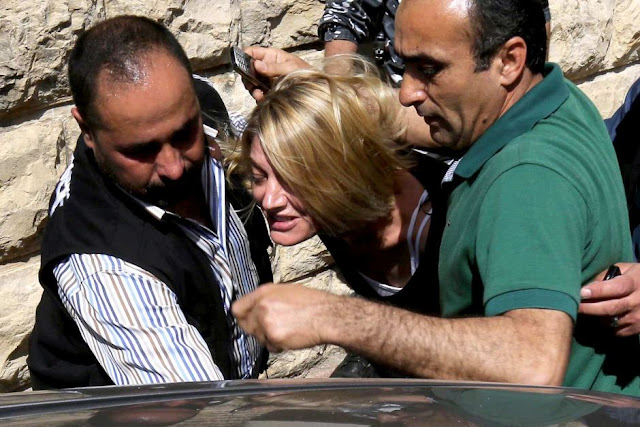 Tara Brown bundled into a car by police in Lebanon

The Oz 60 Minutes is a local version of the US TV show.

In 2016 the local version decided to help a local mother whose husband had taken their children to Lebanon and wasn’t returning. They funded a child snatch operation by supposed recovery experts who grabbed the children off the street from their grandmother. Good TV, right? Well, even if it had come off, that would have been questionable. The op went bad, the children were reunited with their father and 10 people were arrested in Lebanon, including presenter Tara Brown, 3 others from the TV team, the children’s mother and the recovery “experts”. Channel 9 had to pay big bucks to the father to have the charges withdrawn and the Channel 9 reps and the mother released. My recollection is that they did not fund the operatives. Mum is also obliged to relinquish all custody rights in favour of the father (she had obtained custody orders previously in Australia) and has not seen the children since. An internal Channel 9 review finds a series of "inexcusable errors" had led to the "gravest misadventure in the program's history". Producer Stephen Rice is sacked.