Molly Meldrum messes up in front of Prince Charles: 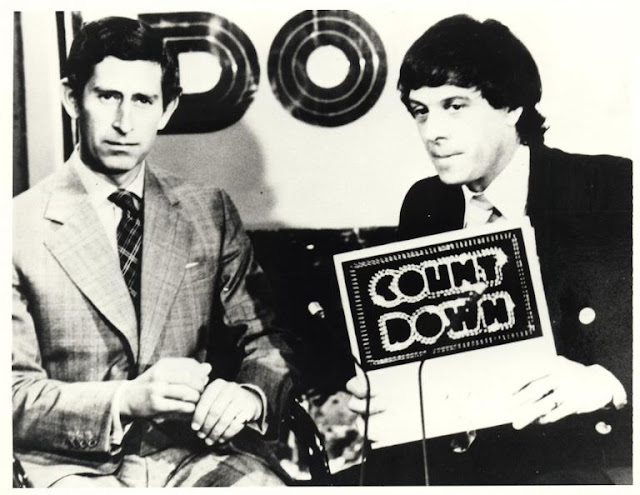 Back in 1977, Prince Charles was touring Oz as part of a celebration of the Queen’s Silver Jubilee. Ian “Molly” Meldrum, the host of the ABC’s music show Countdown, had the honour of interviewing the young Prince on the show but kept flubbing his lines, even to the extent of muttering the F word under his breath a few times and declaring that he was “sweating like a pig”. The harder he tried, the more he screwed it up and the tenser he became. At one stage during the interview the nervous Meldrum said to Charles “I saw your mum in London!” to which Charles coldly replied “Are you referring to Her Majesty the Queen?”

Fast forward to 2014 when Countdown was celebrating its 40th birthday. Prince Charles recorded a video message of congratulations in which he royally roasted Molly, including such bon mots as:

“There is an old show business saying which warns never to work with animals or children but nobody prepared me for Molly Meldrum.” 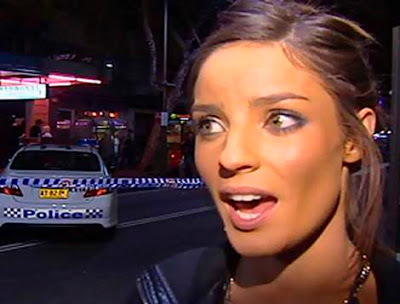 Clare Weberloff became known as the Chk Chk Boom girl after telling reporters what she had witnessed at a shooting outside a Kings Cross nightclub in Australia. The trouble was that she had not seen anything, she had made it all up. It remains a classic eyewitness interview.

“This morning, my friends and I came out of a tattoo parlour and there were these two wogs fighting. And the fatter wog said to the skinnier wog, ‘Oi bro, you slept with my cousin, eh?’ And the other one said, ‘No man, I didn't for shit, eh!’ And the other one goes, ‘I'll call on my fully sik boyz, eh!’ And then he pulled out a gun and went CHK CHK BOOM!”

Clare‘s Chk Chk Boom quickly went viral with the words being printed for sale on T shirts and drinking glasses. She scored herself a TV gig and was the cover of the last edition of men’s mag Ralph.

Clare:
"The worst thing was that people accused me of being a racist, which I’m not."

Today reels in a duck: 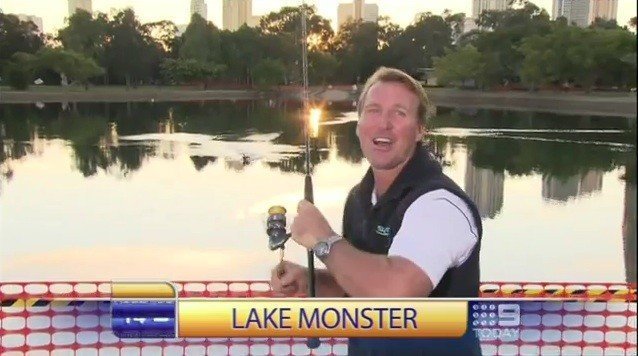 A 2011 episode of breakfast TV show Today went wrong when reporting on a possible shark in a lake. Host Karl Stefanovic invited fishing expert Paul Burt to cast a line, which the expert did, entangling a duck fighting to get away. Said the expert “I’d go to another shot.” Said Karl, by way of understatement, “That didn’t go well.” Mr Sensitivity followed this with “Peking Duck, anyone?"

A representative for the show said afterwards that the duck was released unharmed but, to quote Mandy Rice Davies, “Well, he would say that, wouldn’t he?” 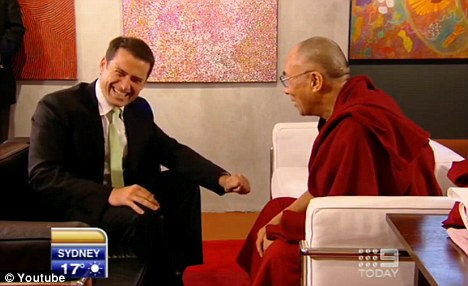 Still on the topic of Karl Stefanovic, here is a reprint from a past Bytes of another memorable Oz TV moment . . .

In 2011 the Dalai Lama was touring Oz. The DL granted interviews to reporters in one on one appointments and, when it was the turn of Today host Karl Stefanovic, Karl decided to tell the DL a joke. Notwithstanding that there were so many things he could have said to, or asked, the spiritual leader, he said to the DL “So the Dalai Lama walks into a pizza shop.” The DL’s interpreter dutifully translated this, leaving the DL quite confused. He remains polite and keeps the interview going by saying “Pizza? Ah pizza.”

Karl continues “'And he says, ‘Can you make me one with everything?’ “

As the Dalai Lama looks blankly at him - trying his best to understand what the morning show anchor is telling him - Mr Stefanovic repeats the punchline using hand gestures only to be met with more blank stares.

After a long and uncomfortable silence, Karl starts hysterically laughing and put his heads in his hands and says: “Oh, I knew it wouldn't work.”

He later tweeted: 'OK worst gag of the year with best guest short list. Even I am cringing.'

It made headlines all over the world at Stefanovic’s expense. Cringeworthy.