From the Vault: "Sometimes a cigar is just a cigar"

“Sometimes a cigar is just a cigar.” 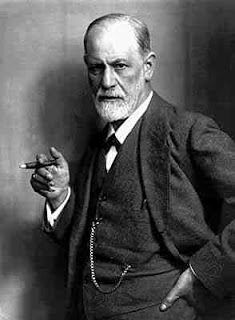 Although this is often attributed to Sigmund Freud, there is no record of him ever having said it or written it.


It appears that the quote may be an adaptation of the phrase “Sometimes a banana is just a banana” used in an early Saturday Night Live sketch, as follows:

Announcer: And now, Great Moments in Herstory, a celebration of women through the ages.
[Dissolve to a finely appointed sitting room, complete with globe, couch and easy chair. A narrator reads a superimposed text as it scrolls by.]

Narrator: Vienna, April 12th, 1908. In the quaint old house at number nineteen Berggassestrasse, Doctor Sigmund Freud has been making bold advances in the treatment of mental illness through a new technique involving the interpretation of dreams. His pioneering efforts in the face of repressive Victorian attitudes will ultimately lead to the development of the Fifty-minute hour, over-use of the word "relating", and a rash of bestsellers with personal pronouns in their titles. Now, for the first time, he is about to practise his new method on a member of his own family: his daughter Anna, later to become a brilliant analyst in her own right. Little does he know he is on the threshold of revealing the secrets of the human mind by Fathering modern psychoanalysis...
[During the above, bearded, bespectacled Sigmund Freud enters, places a cup of tea on a table beside the easy chair, pulls a book from a bookcase and, while thumbing through it, makes his way to the easy chair. He sits and reads. His young daughter, Anna, enters, taps him on the shoulder and climbs into his lap. They speak with heavy Viennese accents:]
Sigmund Freud: Hello, Anna. How did you sleep, Liebchen?
Anna Freud: Oh, I slept very well, Papa. You know, I had the strangest dream, though. I dreamt about a man who looked just like you.
Sigmund Freud: [sipping tea] Mm hm.
Anna Freud: He had a beard just like yours. And he was old enough to be my father.
Sigmund Freud: Ya.
Anna Freud: I couldn't figure it out. And then, he was sitting on your bed, Papa.
Sigmund Freud: Uh huh.
Anna Freud: Along with all my male cousins. And they were all bound and gagged except for one arm. And everybody was bare naked.
Sigmund Freud: [gets increasingly "turned on" as she proceeds] Mm hm.
Anna Freud: And they had bowls of fruit in their laps, you know?
Sigmund Freud: Mm hm.
Anna Freud: And everybody kept offering me a banana. I was not hungry for a banana, though, you know? Except when the man with the beard offered me the biggest and ripest banana. [Sigmund shifts uncomfortably and sets down his tea cup] Oooh, Papa, that was the only banana I ate. Oooh, and then the bed turned into a train, Papa.
Sigmund Freud: Ya?
Anna Freud: And it went through a tunnel. And we came out of the tunnel [Sigmund holds up his trembling hand as if he is about to grab Anna's torso] and then I fell and I fell and I fell and the man with the beard fell and fell and fell. [abruptly] And then we both smoked a cigarette. [Sigmund lowers his hand and cools off considerably] Papa, what did that dream mean?
Sigmund Freud: It doesn't mean anything, Anna. It's only a dream. Sometimes a banana is just a banana. Anna?
Anna Freud: Yes, Papa?
Sigmund Freud: Please don't mention this to Mama.
Anna Freud: [toys with his necktie] Oh, I won't. [They give each other a hug.]
Announcer: This has been another [dissolve back to the title graphic] Great Moment in Herstory!

Posted by BytesMaster at 6:15 AM