Location:
Chatswood is a major business and residential district in the Lower North Shore of Sydney, located 10 kilometres north of the Sydney central business district. It is the administrative centre of the local government area of the City of Willoughby.

Name origin:
Chatswood was named after Charlotte Harnett, wife of then Mayor of Willoughby and a pioneer of the district, Richard Harnett, who subdivided an estate and named it after his wife.  His pet names for her were “Chattie” and “Chat”.  The bushland areas of the estate was named “Chat’s Wood” so that when the post office was established in 1879 the council named the area “Chatswood” after Harnett’s estate, which was nearby.

In 1805 Governor King granted 200 acres to Isaac Nichols, who had been transported in 1791 for theft.  Eventually he increased his holdings 900 acres.  Nichols was the first postmaster in the colony and, despite his own convict background (or perhaps because of it) he was the principal superintendent of convicts from 1810 to 1814.

The railway station stands on the site of Nichols’ original land grant.

Residential settlement of Chatswood began in 1876 and grew with the installation of the North Shore railway line in 1890 and also increased with the opening of the Harbour Bridge in 1932. 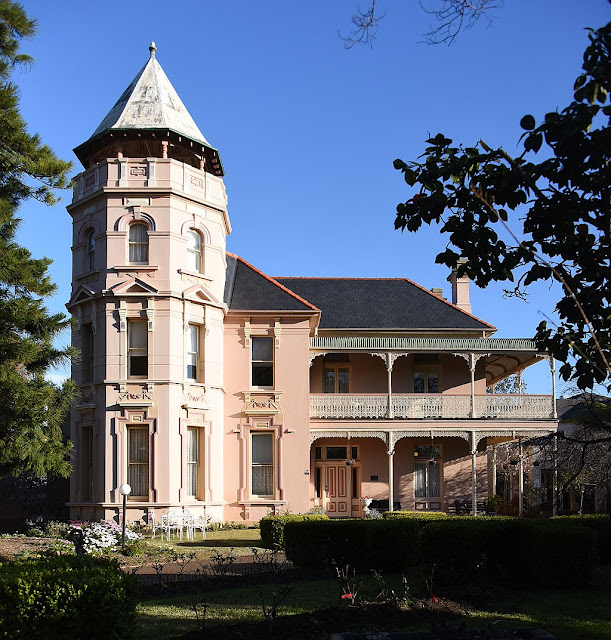 Windsor Gardens, a heritage listed building at Chatswood, a former residence, reception venue and now retirement village.   Windsor Gardens was built in 1888 by American journalist Frank Coffee, who arrived in Sydney in 1882 as a reporter for the New York Herald. It was originally named Iroquois after an American battleship visiting Sydney at the time. 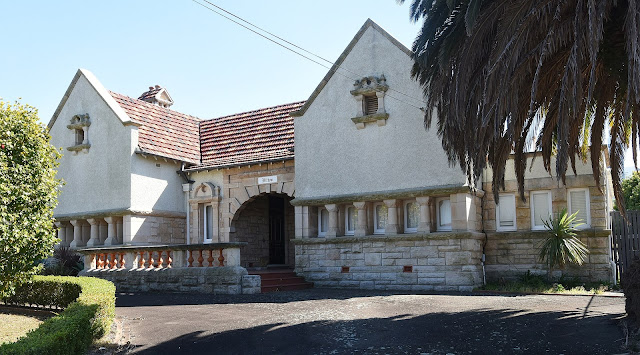 4Hilton is a heritage-listed residence in Chatswood.  It was constructed in 1903 and known as Broxbourne,  later referred to as Hilton which was apparently named after the son of a more recent owner. 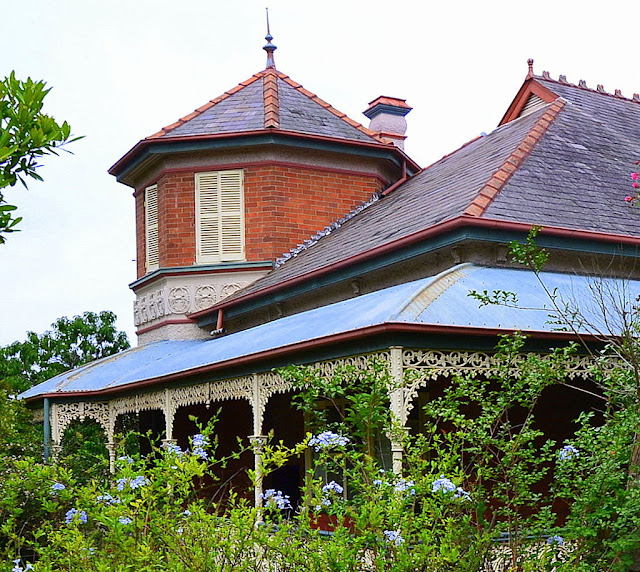 Wyckliffe, a heritage listed house built in c1903 in a mix of the Edwardian and Federation styles 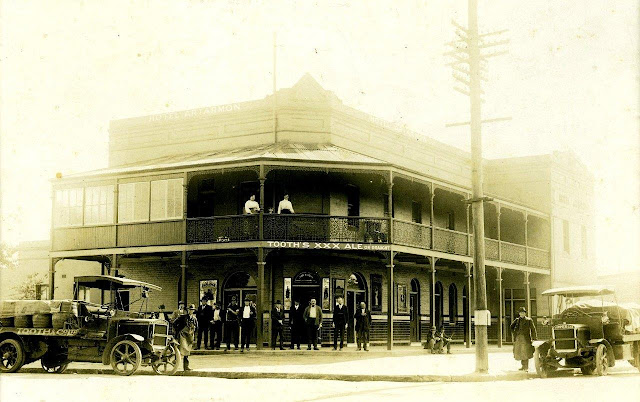 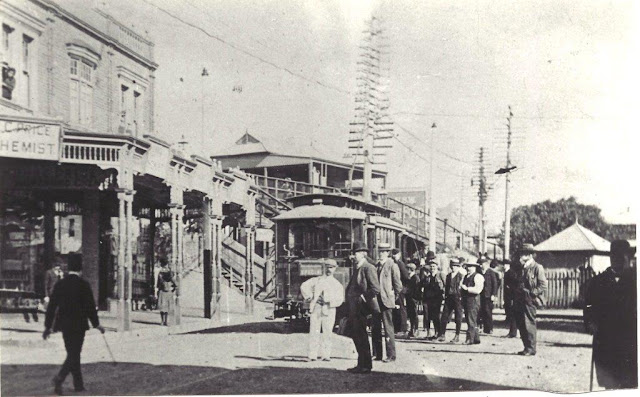 The arrival of the first tram at Chatswood railway station on 24 July 1908. 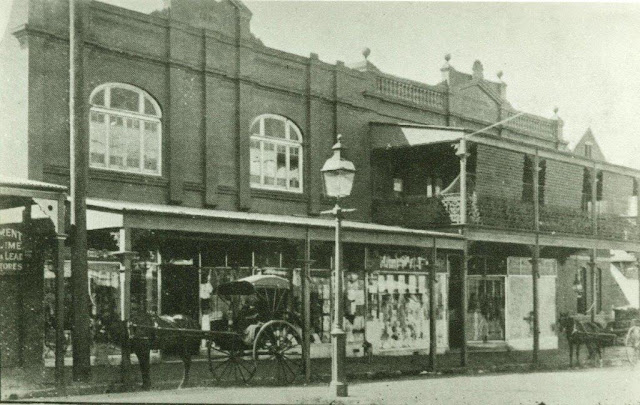 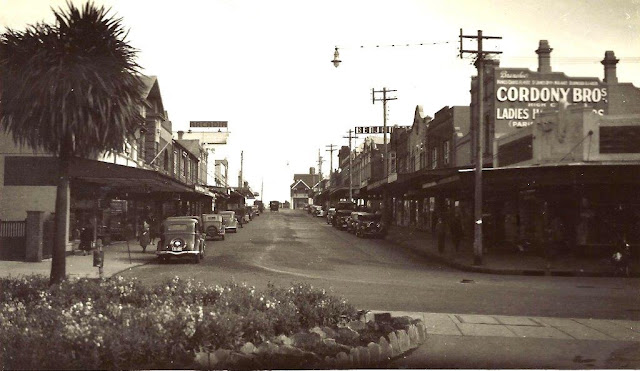 Victoria Avenue West from the railway station looking towards the Pacific Highway on 14 July 1938. 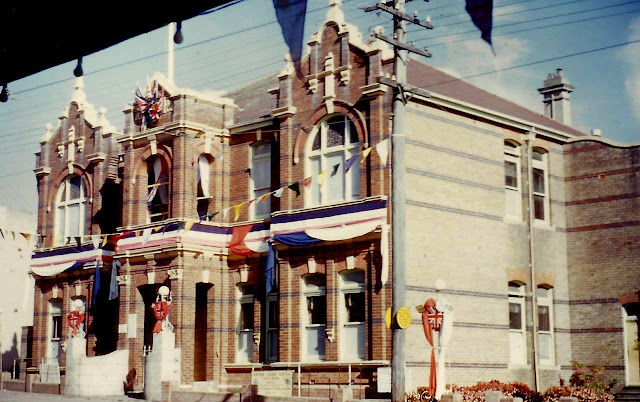 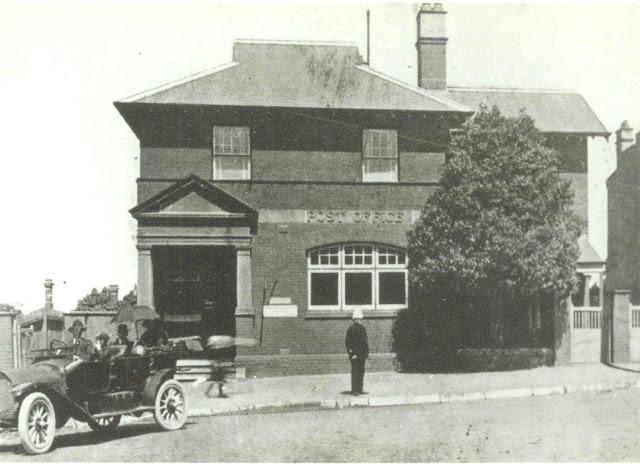 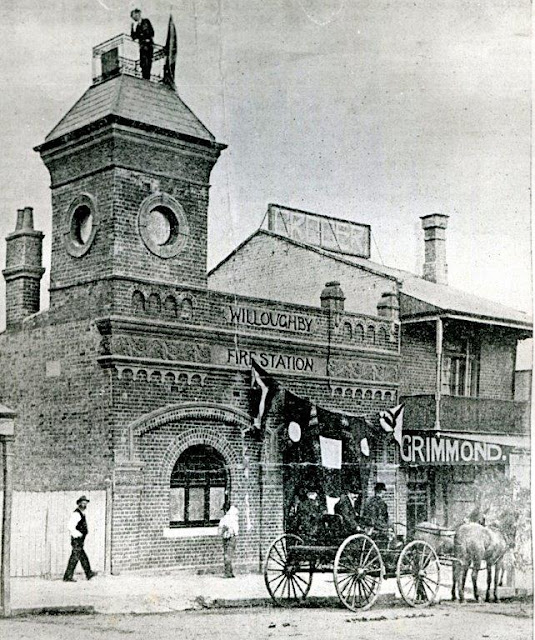 The official opening of the Chatswood fire station in 1900. 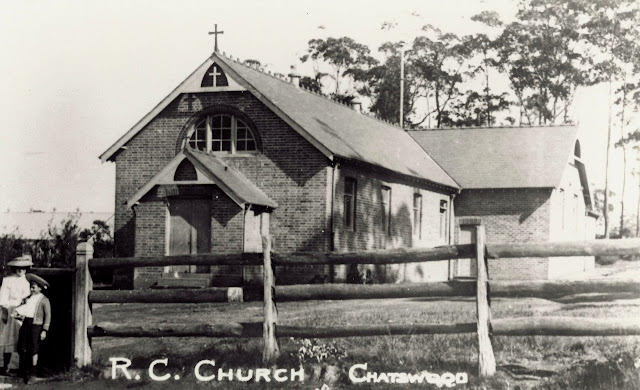 The first Catholic school was operating in the Our Lady of Dolours church when this photograph was taken in the early 1900s. 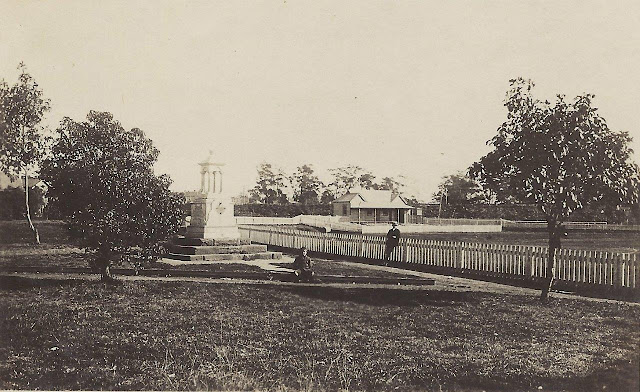 The Boer War Memorial at its original location adjacent to Chatswood Oval, circa 1910. 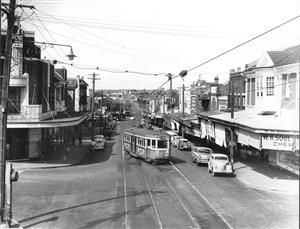 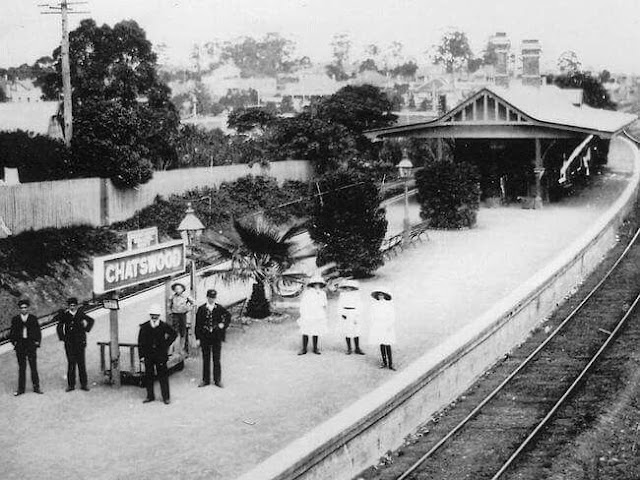 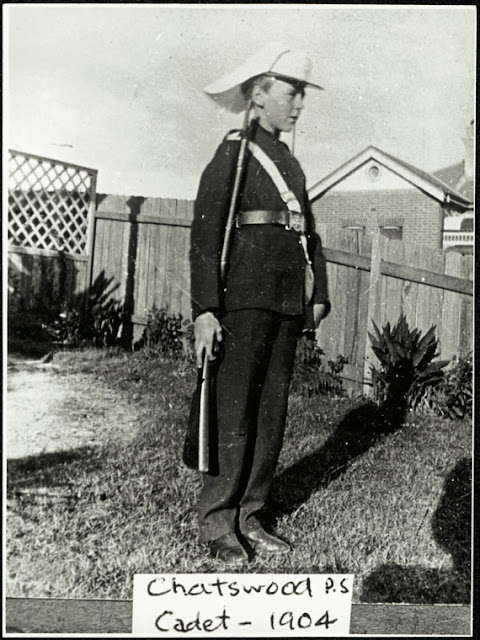