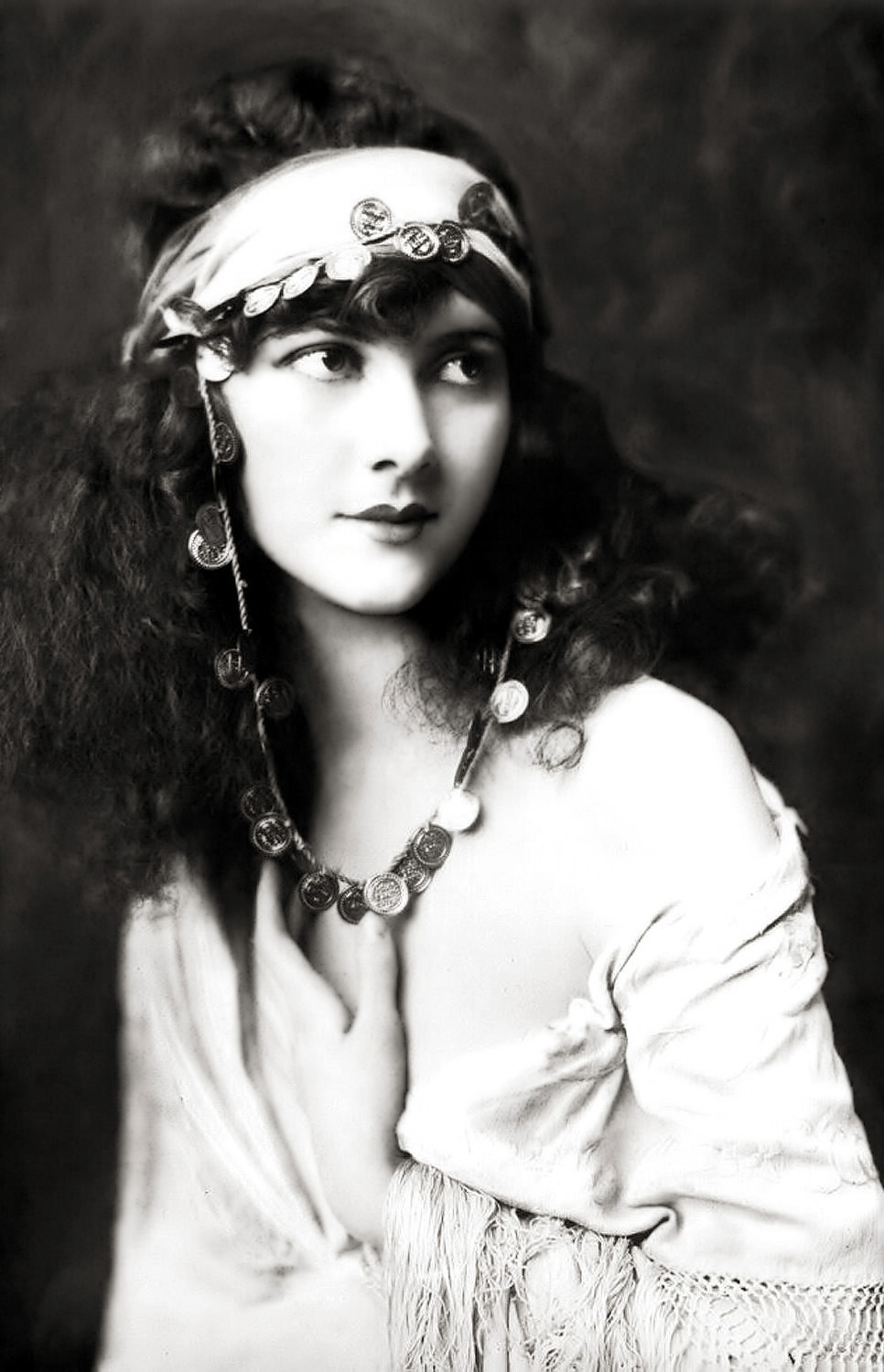 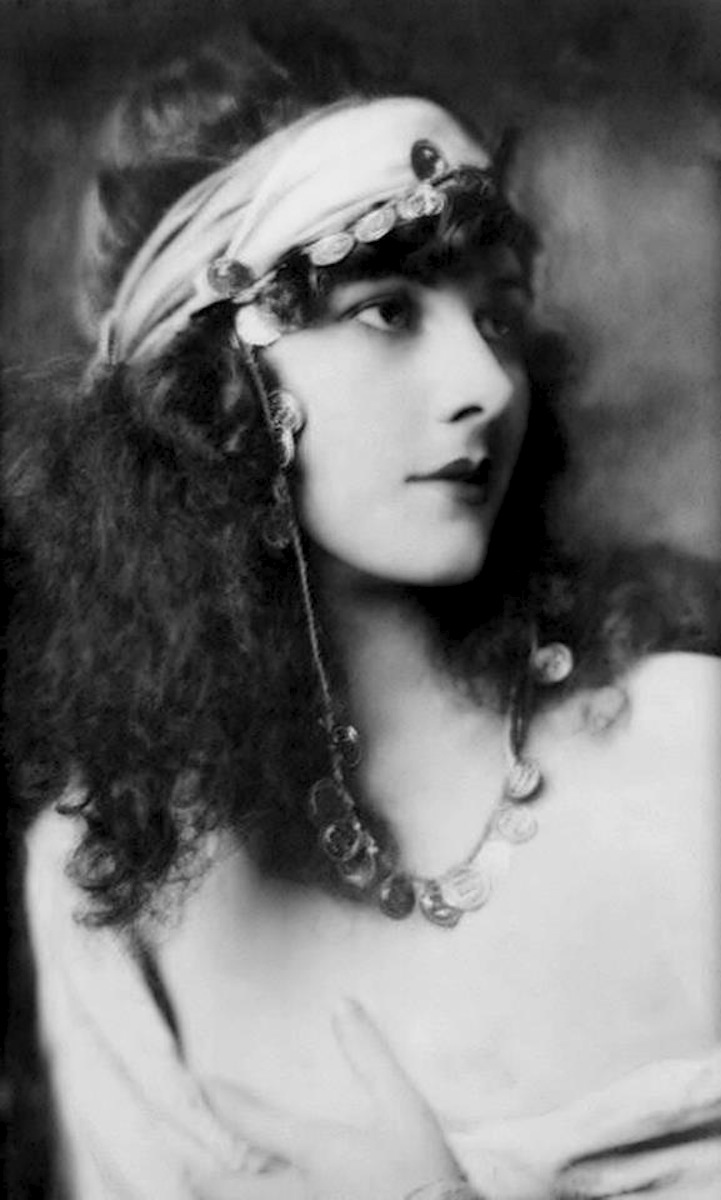 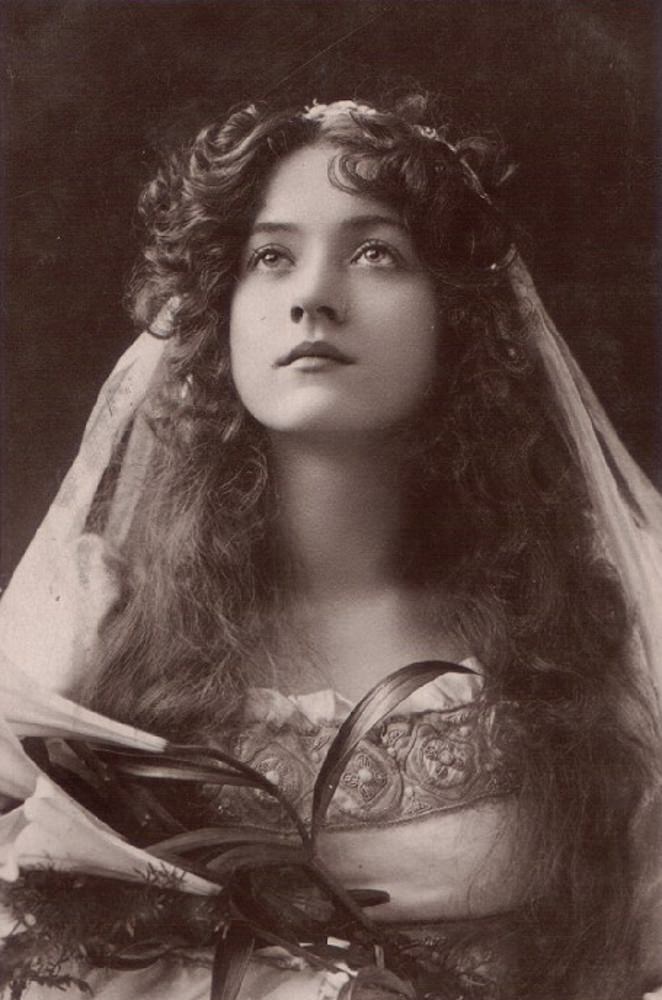 Maude Fealy (1883 – 1971) was an American stage and silent film actress whose career survived into the sound era.  Fealy died on November 10, 1971, aged 88, at the Motion Picture & Television Country House and Hospital in Woodland Hills, California. 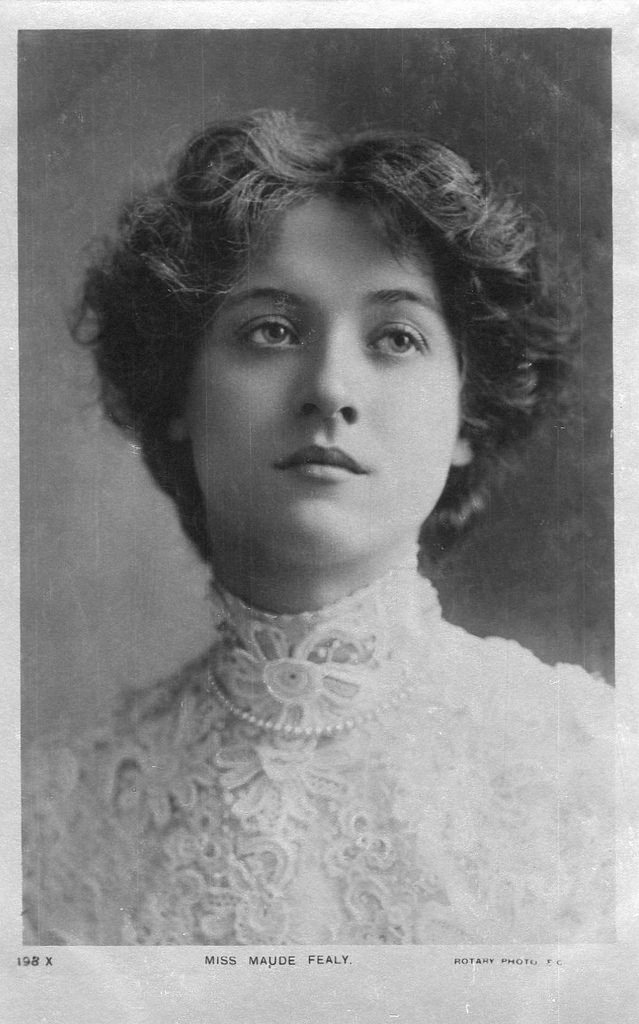 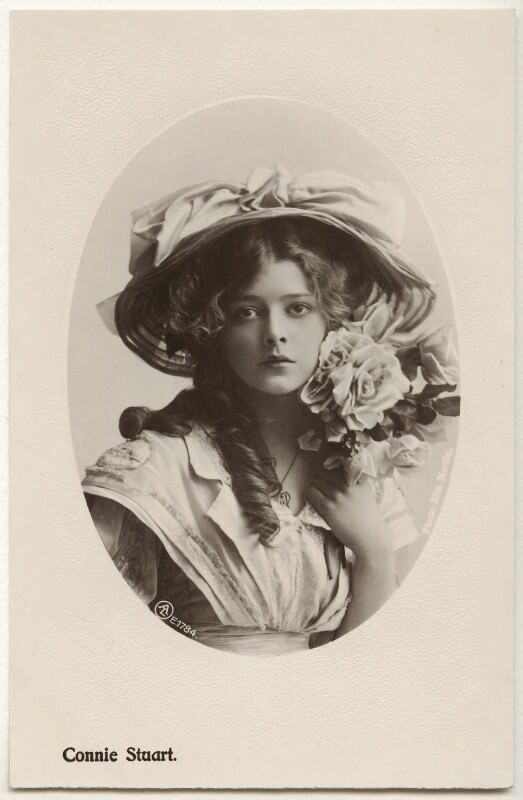 I have not been able to locate any information about Connie Stuart. 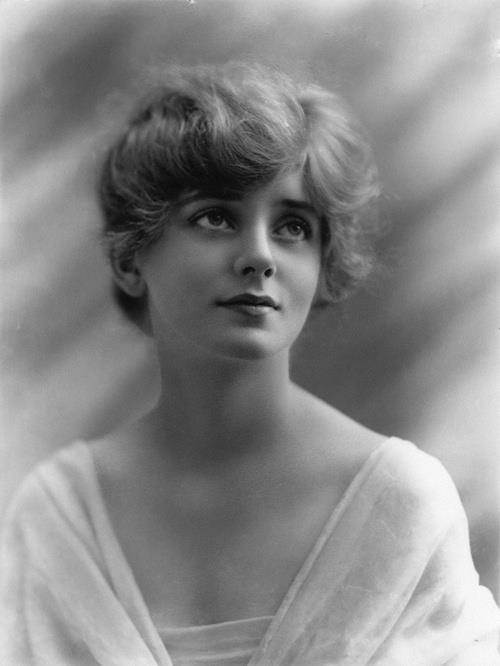 Evelyn Laye, CBE (1900 – 1996)[1] was an English actress who was active on the London light opera stage, and later in New York and Hollywood.  Awarded a CBE in 1973, Laye continued acting well into her nineties. It was reported after Laye's death that the Queen Mother had petitioned the then Prime Minister John Major for Laye to be awarded the DBE (damehood). 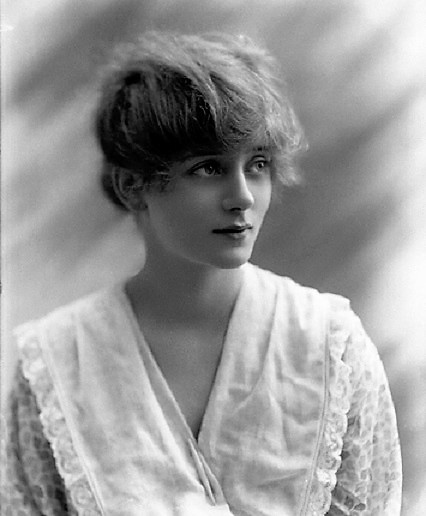 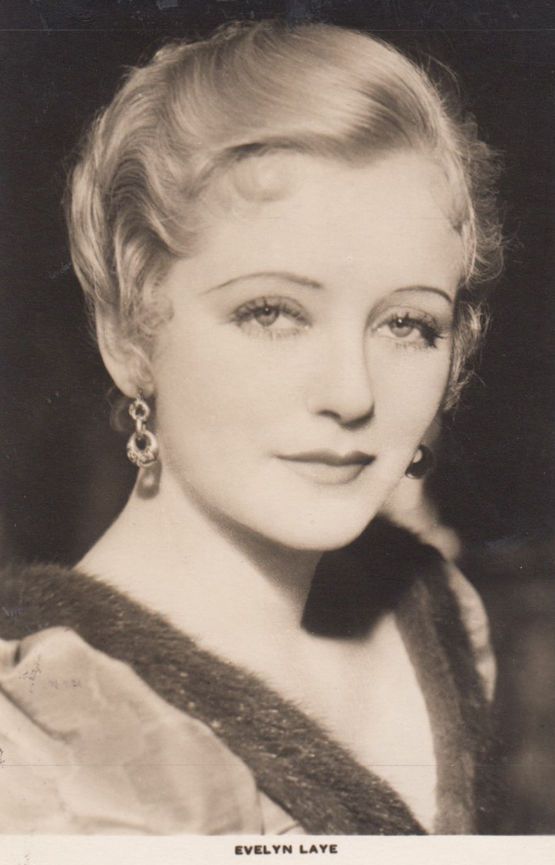 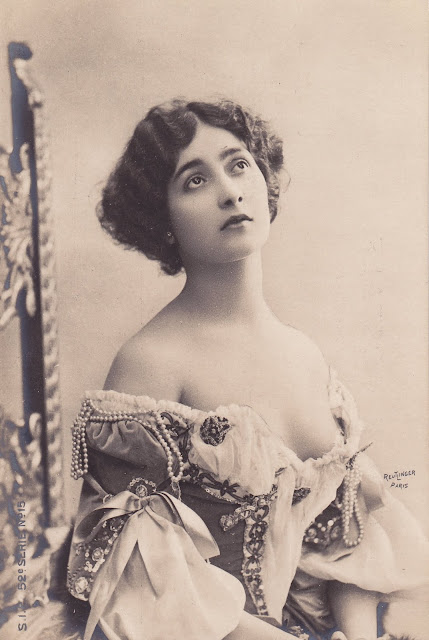 Agustina del Carmen Otero Iglesias (1868 – 1965), better known as Carolina Otero or La Belle Otero, was a Spanish actress, dancer and courtesan. She had a reputation for great beauty and was famous for her numerous lovers.  Otero wound up as the star of Folies Bèrgere productions in Paris. One of her most famous costumes featured her voluptuous bosom partially covered with glued-on precious gems, and the twin cupolas of the Hotel Carlton built in 1912 in Cannes are popularly said to have been modelled upon her breasts.

Otero retired after World War I, purchasing a mansion and property at a cost of the equivalent of US$15 million. She had accumulated a massive fortune over the years, about US$25 million, but she gambled much of it away over the remainder of her lifetime, enjoying a lavish lifestyle, and visiting the casinos of Monte Carlo often. She lived out her life in a more and more pronounced state of poverty until she died of a heart attack in 1965 in her one-room apartment at the Hotel Novelty in Nice, France. 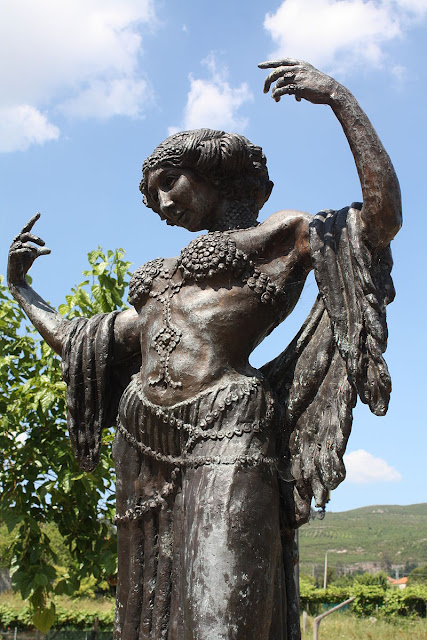 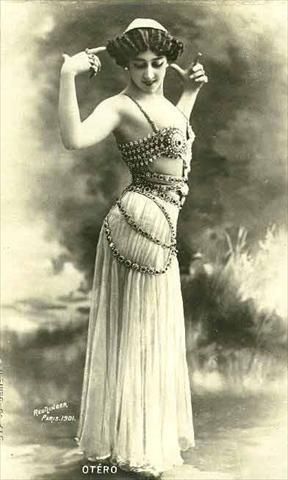 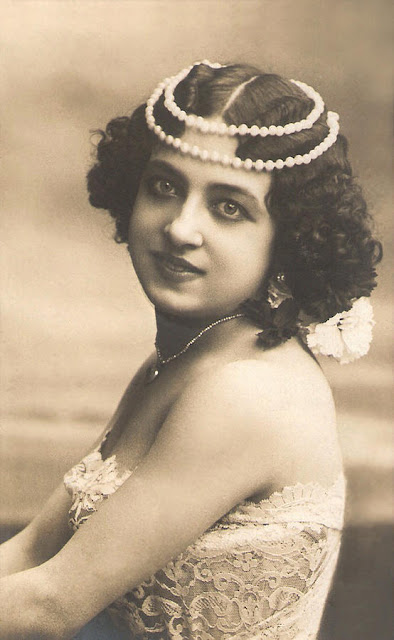 Posted by BytesMaster at 6:21 AM