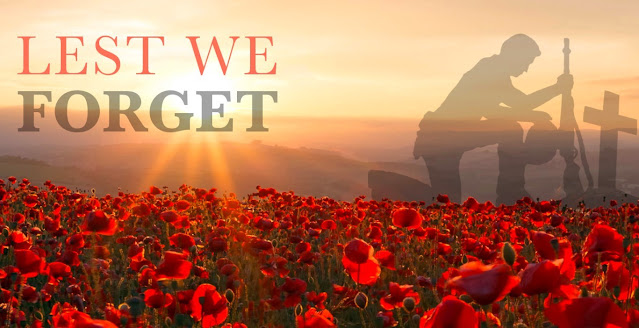 Remembrance Day is an observance which has been conducted in Commonwealth countries since the end of World War 1 to remember and honour those of the armed forces who have died in the line of duty.  It is observed on 11 November in most countries to recall the end of hostilities on that date in 1918. Hostilities formally ended "at the 11th hour of the 11th day of the 11th month" in accordance with the armistice signed by representatives of Germany and the Entente between 5:12 and 5:20 that morning.

In Australia, Remembrance Day is always observed on 11 November, regardless of the day of the week, and is not a public holiday.  Services are held at 11.00am at war memorials and schools in suburbs and cities across the country, at which the "Last Post" is sounded by a bugler and a one-minute silence is observed.

Today the observance of Remembrance Day has been overtaken by the observance of Anzac Day on 25 April each year, which is celebrated on the day on which it falls and is a public holiday.  Anzac Day is a national day of remembrance in Australia and New Zealand, commemorating all Australians and New Zealanders "who served and died in all wars, conflicts, and peacekeeping operations" and "the contribution and suffering of all those who have served".

Edward “Ned” Kelly (1854 – 1880) was an Australian bushranger, outlaw, gang leader and convicted police murderer. One of the last bushrangers, and by far the most famous, he is best known for he and his gang (Dan Kelly, Steve Hart and Joe Byrne) wearing armour fashioned out of plough boards at their final shootout with the police.  Supported by sympathisers, they evaded the police for two years until Dan Kelly, Steve Hart and Joe Byrne were killed at the shootout at Glenrowan.    Kelly was shot in the left foot, left leg, right hand, left arm and twice in the region of the groin.  Taken to Melbourne, he was treated and made well, tried, convicted and sentenced to death by hanging, which was carried out on 11 November 1880.  Visited by his mother the night before the hanging, her last words to him were “Mind you die like a Kelly, Ned.”  There are a number of versions of Kelly’s last words, the popular one being that he said “Such is life.”

In the century after his death, Kelly became a cultural icon, some regarding him as a murdering outlaw, others that he is Australia's equivalent of Robin Hood, having contributed to the Oz language the expression “Game as Ned Kelly.” 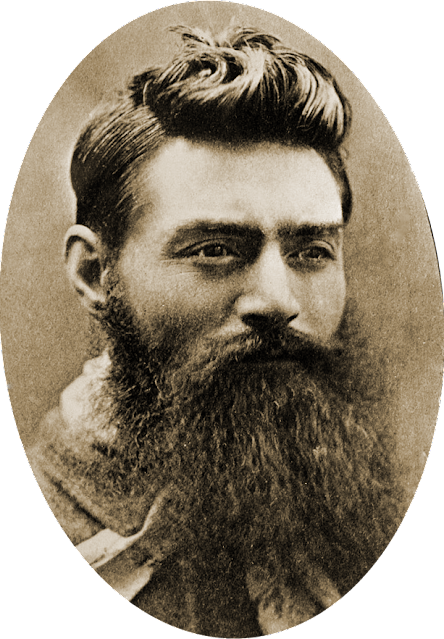 Ned Kelly the day before his execution, having had his photographic portrait taken as a keepsake for his family.

The 1975 Australian constitutional crisis, known simply as the Dismissal, has been described as the greatest political and constitutional crisis in Australian history. On 11 November 1975 the Governor-General, Sir John Kerr, the representative in Australia of Queen Elizabeth 11, sacked the elected government of Prime Minister Gough William.  The leader of the Opposition, Malcolm Fraser, sensing that the public mood was against Whitlam, had persuaded the Opposition to “block supply”.  This means for the Senate to refuse to pass money bills to provide funds to the Government to run the country, including to pay public servants.  Fraser felt that this would force Whitlam to dissolve Parliament and call a general election, notwithstanding that there was a convention that the Senate would not block supply. Whitlam refused, he and Fraser seeing who would blink first.  Kerr took the decision out of Whitlam’s hand by sacking him and his government. He installed Fraser as a caretaker Prime Minister, elections were called and Fraser and the Liberal Party were elected to form a government.  And that, as they say, was that,

On the steps of Parliament House on 11 November 1975 at the time of the Dismissal, 45 years ago today, Whitlam fumed as he listened to the Governor-General’s Official Secretary, Sur David Smith, read the Proclamation giving effect to the sacking.  He finished with the words “God save the Queen”. 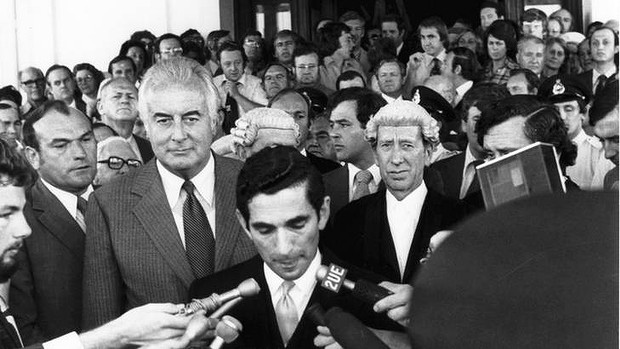 Whitlam strode forward, took the microphone, and said to the supportive crowd:

'Well may we say "God save the Queen", because nothing will save the Governor-General! The Proclamation which you have just heard read by the Governor-General's Official Secretary was countersigned Malcolm Fraser, who will undoubtedly go down in Australian history from Remembrance Day 1975 as Kerr's cur.'

See and hear Whitlam deliver the above words by clicking on: