World War II Photos That Most Have Never Seen, Part 2

Fascinating photographs, some of which have been posted in Bytes before.

The use of kamikaze pilots during World War II was at the forefront of Japan’s attack in the Pacific. American naval forces managed to shoot and disable this kamikaze plane just moments before disaster. 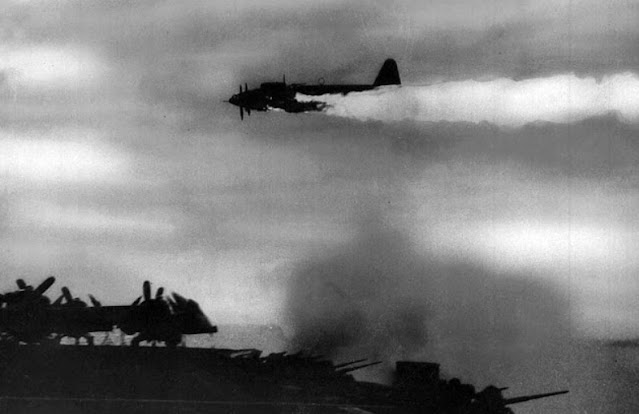 Innovation is strong during wars and this is especially true when it comes to new tactics. German soldiers pose here with a man in a bear suit, and this soldier probably hid out in the forest in his unusual camouflage. 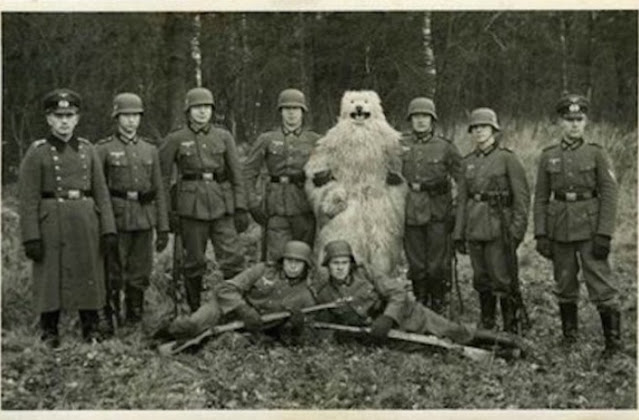 This photo from 1944, shows a member of the French resistance living life on his terms until his final moment. His name was Georges Blind and his smiling face against a German shooting squad has made it one of the most iconic World War II photos. 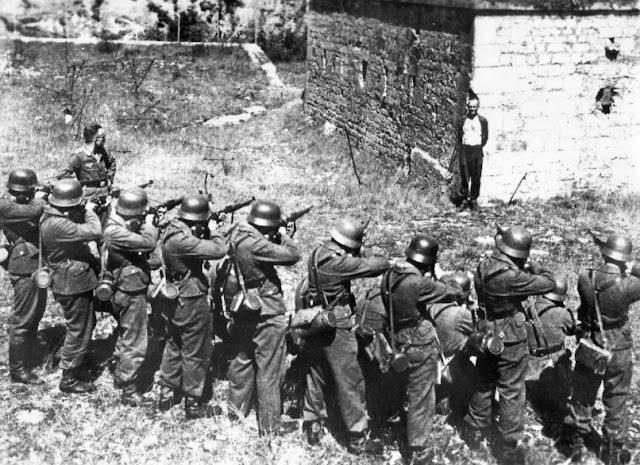 The web site Rare Historical Photos says that this was a mock execution, one where the subject is made to believe that he or she is about to be executed as a means of getting them to reveal information.  Blind was not executed at the above execution but believed that he was about to be.  Nonetheless he revealed nothing and smiled at those he thought were about to execute him.  Georges Blind was eventually forwarded to a concentration camp, where he was selected for termination on arrival, dying in late November 1944. 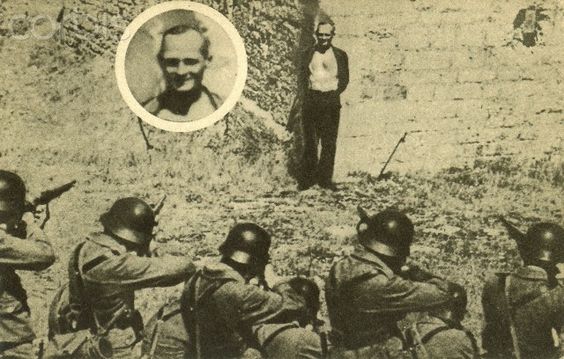 This harrowing photograph shows the Bergen concentration camp in Germany up in flames. The British Army ordered the camp to be burned after the bodies were buried by the German soldiers. The Allies didn’t want the diseases from the camp to be spread. 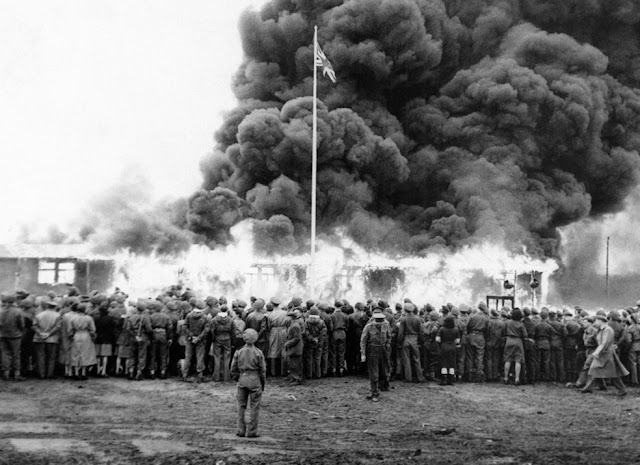 Even during World War II, these U.S. Marines found a moment to relax. The destruction surrounding them just shows how costly war can be. 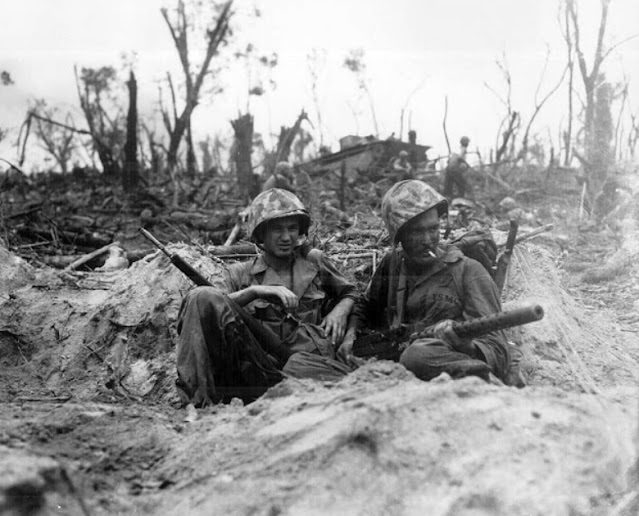 Two German soldiers find an interesting way to light a cigarette. The “lighter” that they are using is actually a flamethrower.

Canadian soldiers find some time to relax and kick back with some local beer. The Allies liberated Belgium entirely on February 4th, 1945. 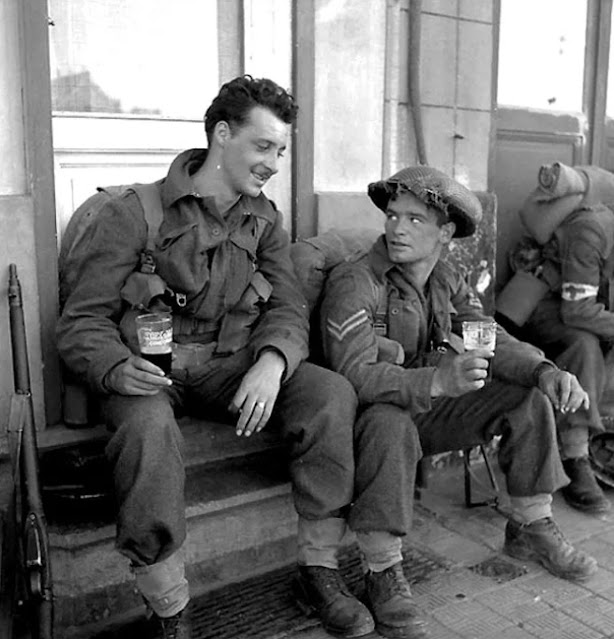 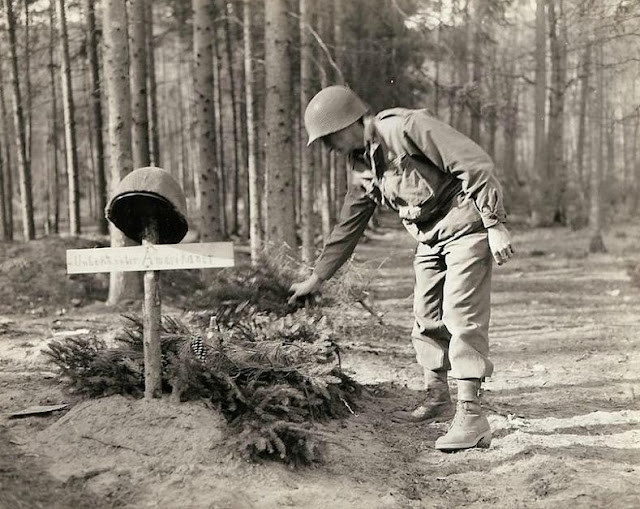 After eventually making a successful advance and take-over of Normandy on D-Day, Allied soldiers take a rest. You can see surviving German soldiers being led away by American soldiers. 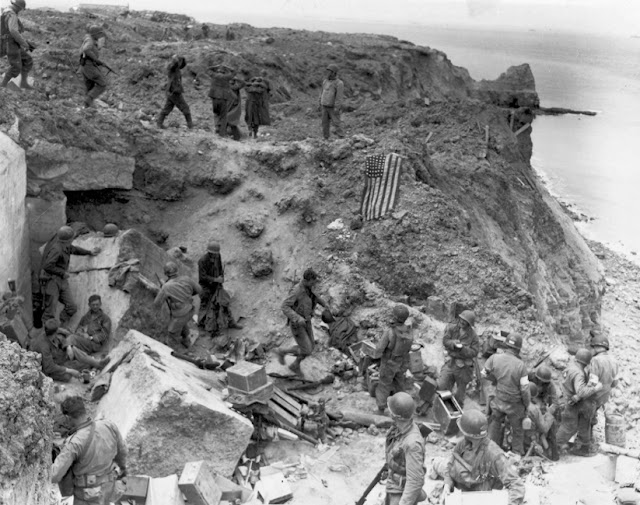 Soviet tank soldiers risk it all in the freezing cold. But it wasn’t the cold that they should have been afraid of – perhaps the polar bears seeking out food would have been more threatening. 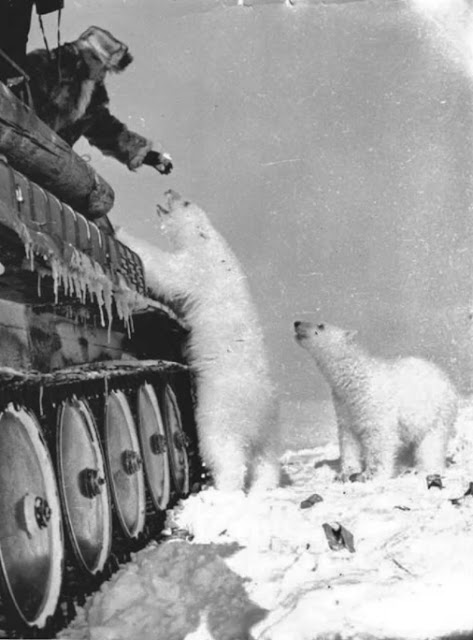 Even during the hardest times, soldiers found time for humor. Here you can see an American soldier doing an impression of the Nazi Fuhrer, Adolf Hitler. 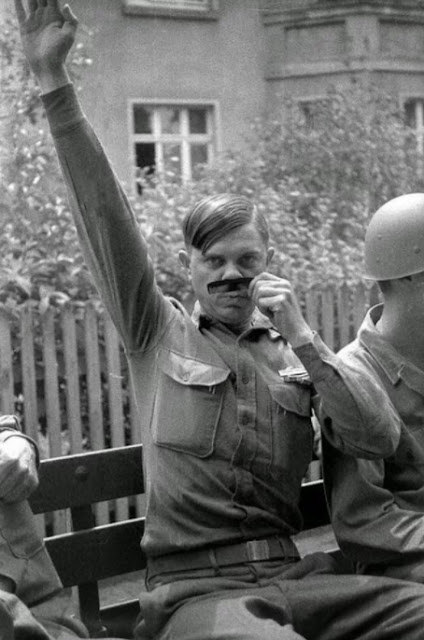 These photographers pose in front of an aircraft before splitting up to snap aerial photographs of the war. If it wasn’t for brave photographers like them, we would have missed out on a massive part of history. 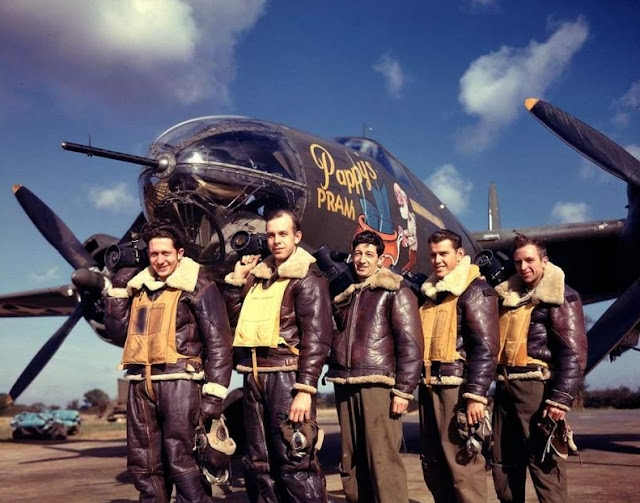