- Traditional rhyme recited on Guy Fawkes Night, the 5th of November, when effigies of him are traditionally burned. Quoted by Alan Moore in V for Vendetta. 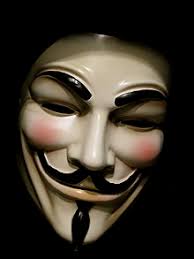 Guy Fawkes (1570 – 1606) was an English soldier and a member of a group of Roman Catholic conspirators who attempted to carry out the Gunpowder Plot to assassinate King James I of England (James VI of Scotland) and the members of both houses of the Parliament of England with a huge explosion, which was prevented by his arrest on 5 November 1605. According to Fawkes, “A desperate disease requires a dangerous remedy”, invoking a version of a famous statement of Hippocrates, also translated as "Extreme remedies are very appropriate for extreme diseases.”