----------oOo--------
The issue of capital punishment came up at work yesterday, with staff discussions about the last person executed in Australia, Ronald Ryan, and the case of Derek Bentley, who was dubiously executed in Great Britain in 1953 at the age of 19.
I have previously posted about Ryan's execution, that post can be read by clicking on:
http://bytesdaily.blogspot.com/2020/12/from-vault-henry-bolte-and-ronald-ryan.html 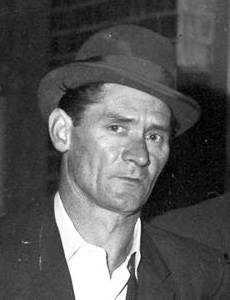 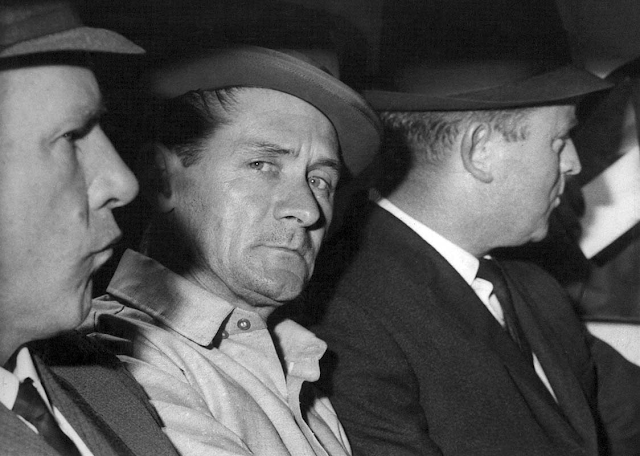 There are very good grounds for believing that Ryan was not guilty of the murder of the prison officer killed in his jail break, that the officer was in fact killed by a shot from the rifle of one of the other prison officers, and that Ryan was wrongly hanged.
In considering the death penalty, it is also worth revisiting a post from June 2, 2011, about the execution of Derek Bentley. That story, which was in the context of a look at a movie about it, is reposted below.
----------oOo--------
Thursday, June 2, 2011
Movie Moments: #47 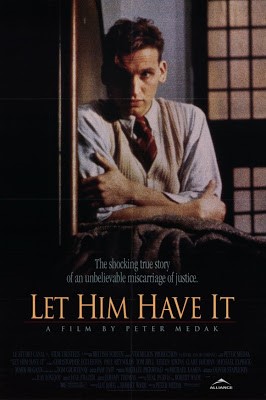 Let Him Have It (1991)
Comment:
I haven’t seen this film but hope to one day do so. The film, a true story, is credited with keeping the case depicted in the public eye and of swaying public opinion against capital punishment.
Synopsis:
Derek Bentley, aged 19, had an intellectual age of 11, was illiterate, an epileptic and according to psychiatrists at the time, was also borderline retarded. In November 1952 he and fellow South London youth Christopher Craig were detected by the police when breaking into a warehouse. Craig was armed with a handgun. After Bentley allegedly yelled “Let him have it, Chris”, Craig wounded one policeman and killed another. At the subsequent trial, Craig, aged 16 at the time of the murder, was too young to be sentenced to death. Bentley’s defence team maintained that if the words “Let him have it” had been spoken, it was in the sense of surrender the firearm. The prosecution maintained it was a command to shoot. At that time there was no diminished responsibility defence. There was, however, a mandatory death penalty. Bentley was found guilty, an appeal was dismissed and he was hanged on 28 January 1953, He was still aged 19 at the time of his execution. He would have been 20 on 30 June 1953. Craig, the shooter, served 10 years and was released, living a law abiding life thereafter.
Following continuing public dissatisfaction with the verdict and the execution, headed by Bentley’s sister Iris, Bentley was granted a Royal pardon in 1993, 2 years after the movie was made. Iris continued agitating in that this did not quash the conviction. In 1998 the Court of Appeal quashed the conviction on the ground that he had not had a fair trial because of errors in the summing up by the trial judge, Lord Goddard, and his further misdirection to the jury. This was not equivalent to innocence and, had he still been alive, he would have had to face a retrial.
In 1970 Lord Goddard had said that he thought Bentley was going to be reprieved, that he should have been, and was critical of the Home secretary David Maxwell Fyfe for not doing so. In 1998, following the Court of Appeal verdict, Christopher Craig apologised to the families of the killed police officer and of Derek Bentley, adding “A day does not go by when I don't think about Derek and now his innocence has been proved with this judgment.”
The decision came too late for Iris, who died before the verdict was delivered/
Quote:
Lawyer: Between the age of 11 and your present age, 16, how many fire arms have you had?
Chris Craig: Forty or fifty.
[jury react]
Chris Craig: I, uh, used to swap them with friends at school.
Judge: Why did you swap them?
Chris Craig: Because I liked them.
Lawyer: Did having them make you feel like one of the gangsters in the films?
Chris Craig: Yes, sir.
[smirks]
Lawyer: And how often did you carry them around with you?
Chris Craig: Every day.
Judge: Forty or fifty do you mean?
Chris Craig: Well I didn't carry them all at the same time, sir.
Trivia:
Capital punishment was abolished for murder in 1969 in Great Britain and in 1973 in Northern Ireland. Although not applied since 1964, the date of the last execution in the United Kingdom, the death penalty remained on the statute book for certain other offences until 1998.
From Wikipedia:

Capital punishment has been formally abolished in Australia. It was last used in 1967, when Ronakld Ryan was hanged in Victoria. Ryan was the last of 114 people executed in the 20th century and prior to his execution Queensland and New South Wales had already abolished the death penalty for murder. Brenda Hodge became the last person sentenced to death in August 1984. Her sentence was commuted to life imprisonment and she was paroled in 1995. It was removed as a punishment for murder in all states by 1984 when the state of Western Australia abolished the death penalty for all crimes, and the next year NSW removed death as a possible punishment for treason, piracy and arson of naval dockyards.
Between Ryan's execution and 1984, occasional death sentences were passed in Victoria, South Australia, and Western Australia, but were commuted to life imprisonment. In 2010 Federal legislation prohibited capital punishment in all Australian states and territories. 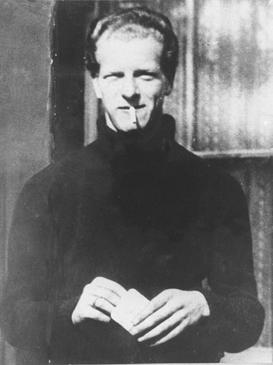 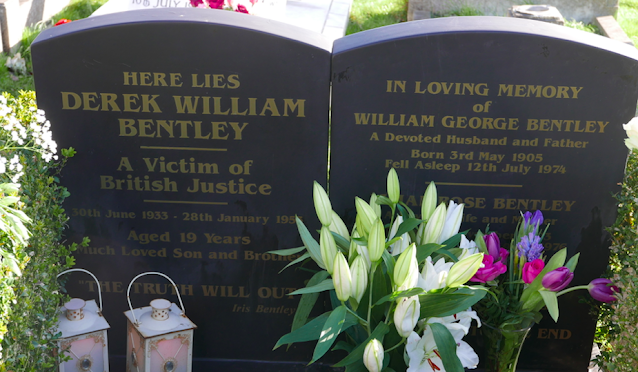 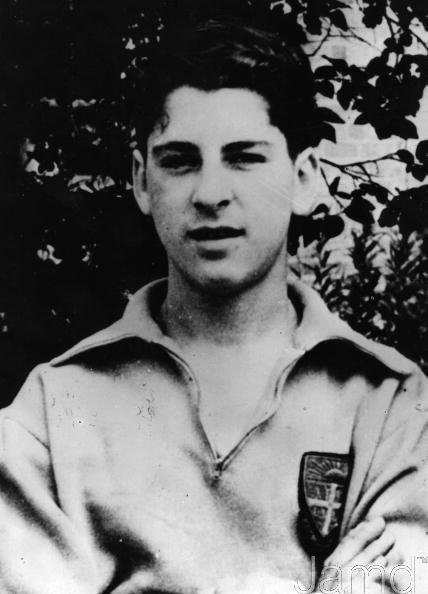 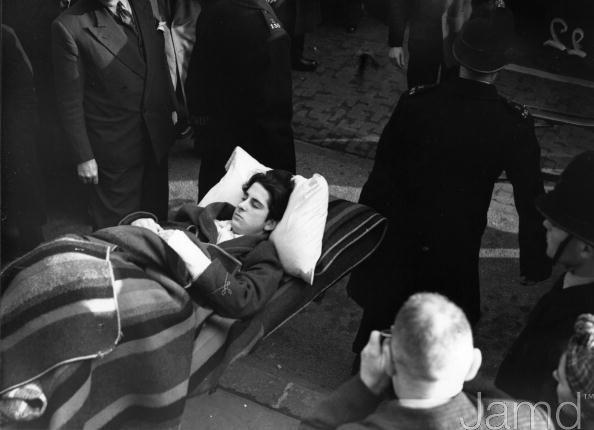 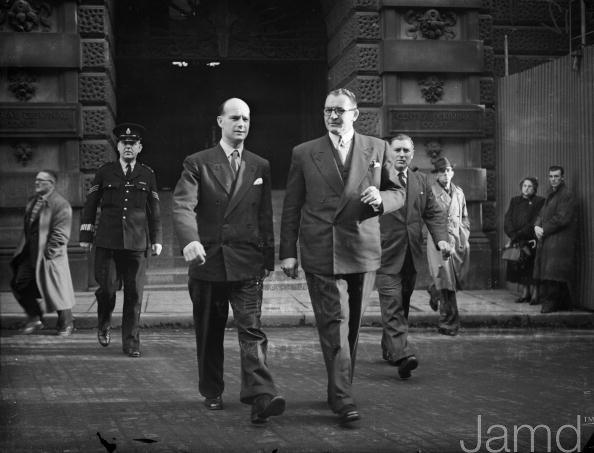 11th December 1952: Detective Sergeant Fairfax, who was wounded during the killing of another policeman by Christopher Craig, who due to his age was given a life sentence, while his accomplice Derek Bentley was hanged. 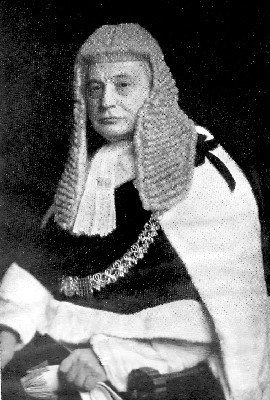 Derek Bentley was hanged at 9am on 28th January 1953. The hangman, Albert Pierrepoint, wrote about meeting Bentley on the morning of his death. He said:

“When you go to hang a boy of 19 years old, it does not matter that he is tall and broad-shouldered, for at nine o’clock on the morning he is to die, he still looks only a boy. And so did Derek Bentley, when the sickly green door of the condemned cell was abruptly whisked open for me on January 28, 1953. He sat at his prison table, watching the doorway.

When I walked in with my assistant and the group of silent prison officials crowding behind us, I believe that because we were all dressed so normally, in everyday lounge suits, young Derek Bentley thought then, at that moment, we had come with his reprieve.

His face glowed with an instant of eagerness. Then he saw the yellow leather strap in my right hand, and his eyes fixed upon it. The sight of this wiped all the hope from his expression. He stood up very slowly and clumsily. For all his youthfulness, he was the tallest person in that pale little room.

In some ways the wait in the Wandsworth death cell had been better for Bentley than for many murderers who went before him. Until the very last moment, a reprieve seemed possible.”

As Bentley was led towards the rope, he sobbed his last words, “I didn’t say it. I didn’t tell Chris to shoot the policeman.”