RELICS FROM THE PAST, PART 2 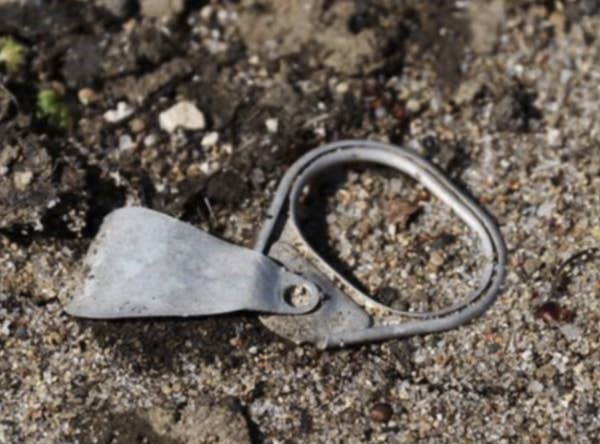 I not only know what the artefact is, I remember when soft drinks (what the Americans call sodas and soda pop) first came out in cans in Oz.

They were a drink called Tarax and the commercials were to the tune of the French Can-Can with the lyrics “Tarax can can, Tarax in the can for you.”

If you can do this without a problem... 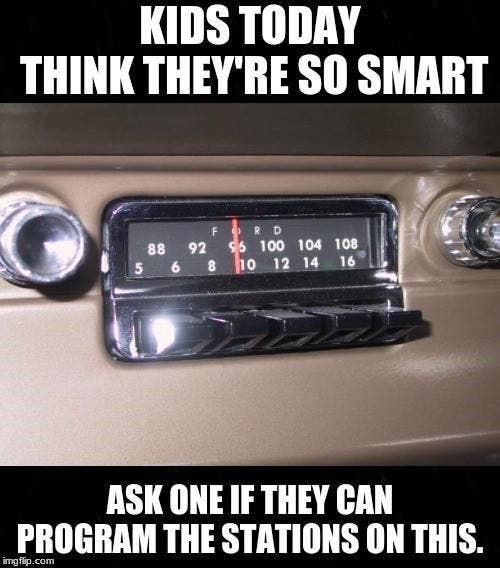 Tune the station in manually.

Pull out the tab, then push in hard till it clicked.

Then try to remember what what was what.

Question: Does anyone listen to their car radio?  I do driving to and from work.

If you know exactly what this tool is used for... 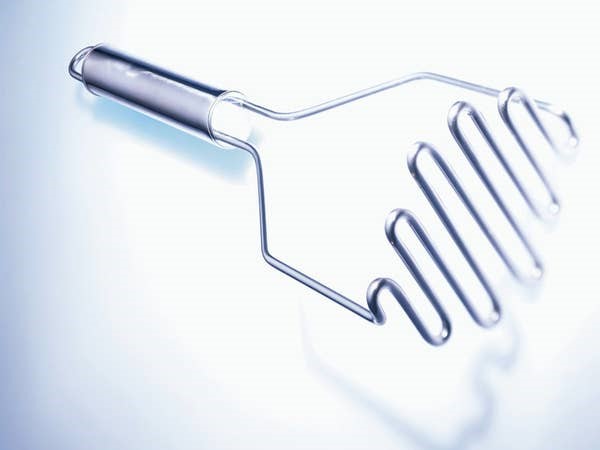 How is is this old?

People still use these.

Not everyone buys mashed potatoes out of a pack, natural beats Deb every time. 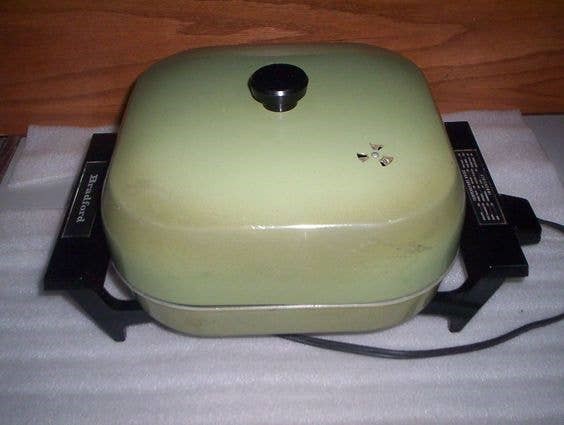 Comments:
They still sell and use electric frypans, don’t they?
Maybe they look a bit more modern today but I don’t believe that they have disappeared.
I also dispute that food was always more delicious from electric frypans.
My mother and Kate haven’t used one and their food is ace, more delicious than it could have been out of a frypan.
Plus the things my mother made (Dutch bitter balls, Dutch Oliebollen, sauerkraut with speck, beetroot with thick sauce . . . ), and what Kate makes (greatest ever pea and ham soup, lentil soup with chorizo, curries . . . ) can’t be made in an electric frypan.
An anecdote:
Years ago I saw an orthopod who said I needed a knee replacement. Kate was with me and he used a model of the knee, bones, ligaments atc to illustrate. I still haven’t had it, by the way.
Anyway, Kate was going to make pea and ham soup that night so I jokingly suggested that if I had the knee replacement, I could ask to take home the removed joint and she would be able to make “knee and ham soup”.
She said that that had turned her stomach and she wasn’t going to make the soup that night. In fact, for years afterwards, every time that she was at the shops and selecting the peas and ham hock to make it, she remembered my joke and felt queasy again all over, not buying those items.
It took years before she made it again, sad because I love Kate’s knee pea and ham soup.
__________
If you can smell the smoke from this... 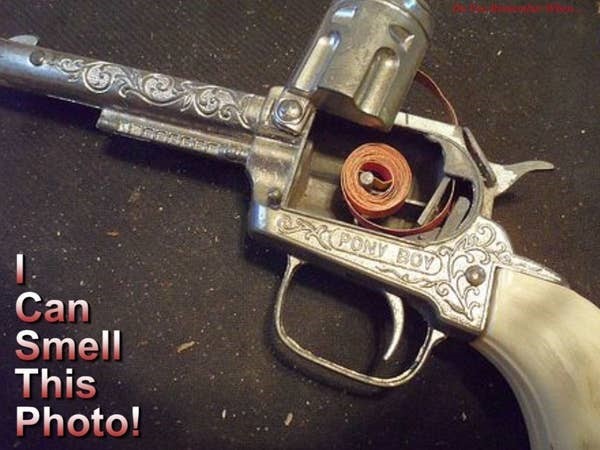 Comments:
God, yes, I can still smell the caps exploding.
We used to ignite the caps with our fingernails as well.
Reminds me of cracker night: bonfires, crackers (the little ones called Tom Thumbs, the larger ones called Double Happys, the even bigger called Penny Bungers and the largest, which looked like sticks of dynamite, called Twopenny [pronounced tuppeny] Bungers, skyrockets, sparklers, Catherine wheels, roman candles.
Still, banning that also took away the injuries, environmental damage, airports being closed because of the smoke, animals being scared out of their wits. The night sounded like a continuous war battle.
__________
If you've driven in a car that had one of these... 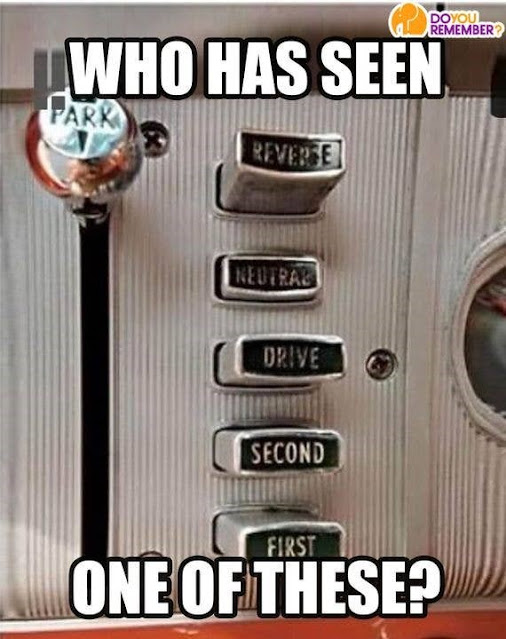 Comments:
Nope, never driven in one, never seen one.
My father’s cars (all manuals) had the gear change lever either on the steering column or on the floor with a long bar, not on a console.
__________
If you know exactly what used to be in these boxes...

Comments:
I assume this is what schoolchildren use for placing their bags, coats etc, it looks like the boxes my daughter had at her preschool.
We didn’t have these in my early years at primary school, we left our bags etc on the floor in the storeroom.
__________
If you know someone who used or uses one of these... 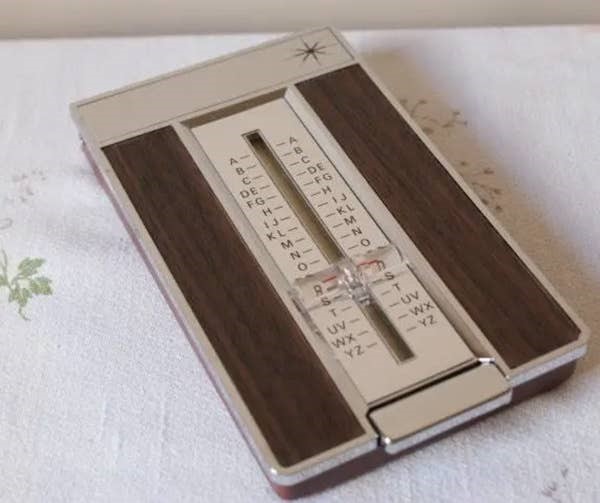 Comments:
I know someone who used one. . . me.
When electronic organisers came out, I bought one, not cheap, and added all my contact details for all my friends, relatives, clients, work contacts, the lot. Had names, addresses, telephone numbers, whatever data I had. I had a similar function on my laptop and when I added data to either, it automatically updated the other when the two were connected. Then it stopped working. I went back to the shop where I had bought it and had the following conversation:
Shop guy: “I’ve had a look at it, it’s just out of its warranty period.”
Me: “So what’s wrong with it?”
Shop guy: “The mother board’s gone.”
Me: “What is it? What’s that mean?”
Shop guy: “It means about $800.”
I now have people contact details in my mobile phone but I am strictly a paper diary person.
__________
If you know what this tool is used for... Comments:
I believe that they are still in use and still sold, they just look more shinier.
Flour joke:
How are people from Tasmania like flour?
They're inbred.
__________
If you've ever made popcorn like this... 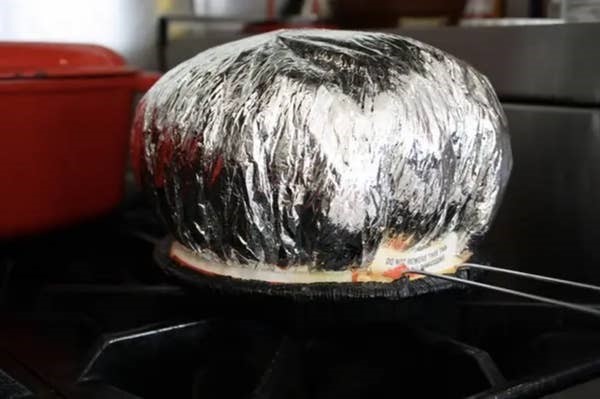 Comments:
Nope, never did.
We didn’t have aluminium foil when we were kids.
You put the corn into the frypan with a cover over the top and stuck it on the stove.
What’s the reason for using foil?
__________
If you've ever slammed your feet in one of these.. 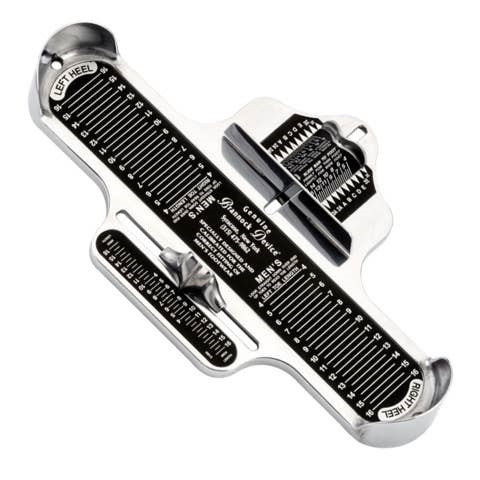 Comments:
These are still in use, as far as I know.
The thing that has changed is that people no longer repair shoes, they throw them out and buy new ones.
“Before you criticise someone, you should walk a mile in their shoes. That way when you criticise them, you are a mile away from them and you have their shoes.”
– Jack Handey
__________
Posted by BytesMaster at 12:06 AM