I like watching stand up comic Steve Hofstetter's videos on Youtube, a lot of his videos being of him dealing with hecklers. 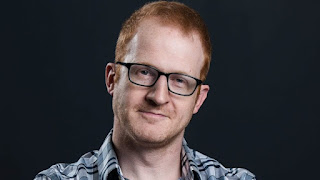 He concedes that the person who best deals with hecklers is English comic Jimmy Carr, who is the tops. Also very much worth watching.

Steve Hofstetter told a story 5 years ago on the Reddit PreRevenge site but I have only just come across it.

Here is the link:

Here is the story:

A woman let her dog shit on the airport floor. So I shit on her plans.

While walking to my gate at LAX, I noticed a woman whose dog was in the middle of doing its business. The woman was loudly face-timing with her back to the dog, so I assumed she didn’t notice. That was likely the thought shared by the gentleman who tried to get her attention.

“Excuse me, miss?” he said, in a polite tone. The woman glared at him. “Your dog,” he sheepishly continued, pointing to the mid-poop pup.

The woman rolled her eyes and went back to face time as the man slinked away, seemingly embarrassed.

“Some people,” she bellowed to her face-time companion with no hint of irony, “are just so damned rude.”

When her dog finished, the woman started walking away, leaving everything right on the airport floor. Another woman tried to stop her.

“You’re not going to clean that up?” she asked, as shocked as the rest of us were.

“They have people for that,” the offender replied, disappearing into the crowd, as much as someone yelling into their phone can disappear into a crowd.

I stood near the pile and warned people to walk around it while someone else got a maintenance worker’s attention. No one said anything – we were so shocked that anyone could be that horrible.

When I got to my gate, the woman was there, too. Great – we were both going to Tokyo. When I travel abroad, I get embarrassed by other Americans doing things one hundred times less embarrassing than leaving animal faeces on the floor of an airport. To make it worse, her dog was now barking at everyone who walked by.

Speaking of assholes, there is a pet relief area inside LAX, past security, just two gates away from where The Party Pooper let her dog go to town. It didn’t matter - she was the type of person to litter three feet from an empty garbage can.

While her dog barked at the world, the woman had moved from face-timing with no headphones to listening to music with no headphones. I don’t like to throw around the word “sociopath” but I don’t know how else I could explain just how selfish and terrible of a person she was. I’d bet her car was somewhere in long-term parking, parked across three spots with paint on the bumper from the child's bike she hit without leaving a note.

Everyone else tried to ignore her, sitting as far away from her as they could. I am not everyone else.

I sat down right next to the horrible woman. “Are you going to London on business?” I said.

“I’m going to Tokyo,” she responded gruffly, annoyed that I interrupted her DJing.

“Oh, I said. Then you better hurry. That flight got moved to gate 53C. This is the flight to London.”

I figured I could give her a little moment of panic as payback for how terribly she was treating everyone. I didn’t predict what would happen next. She grabbed her bags and her dog in a huff, and stormed out of the gate without even checking. She was so self-involved, she didn’t notice that the monitor at our gate still said Tokyo and almost everyone at the gate was Japanese.

Based on her actions, she believed me that the fight had been moved, so she’s also an asshole for not thanking me. “Some people,” I thought as I watched her rush away from the gate without stopping her, “are just so damned rude.”

The flight to Tokyo was at gate 69A, so the 53 gates were on the other side of the next terminal. And I felt guilty knowing she probably berated some poor clerk who had to explain to her that there was no gate 53C.

I don’t know if she made it back to this flight before we took off or not, but I didn’t see her board and I don’t hear her dog. Her missing her flight was not my original intention, but it would be a fine punishment for her being so rude to everyone and making a low-paid stranger clean feces off the floor. What makes me wonder if I went too far is the knowledge that Delta only has one flight to Tokyo each day. Whoops.

Maybe she can re-book on another airline. I hear they have people for that.

EDIT: For those of you who want to play internet detective and demanded to see my ticket (as if that even proves anything), I'm a stand-up comedian with a show in LA last night and a show in Tokyo tonight. But if that's not enough for you, here's my ticket. And yes, Delta does allow dogs on flights to Japan.

EDIT TWO: RIP Inbox in a ridiculous, thousand message way. Thanks to all the nice folks, especially the people who are coming to shows, etc - I'm trying to get to all your comments, but it may take me a few days. For those who are being dicks, I hope you wheel your suitcase into her dog shit. 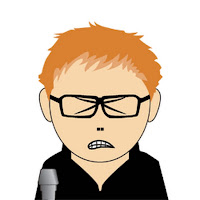