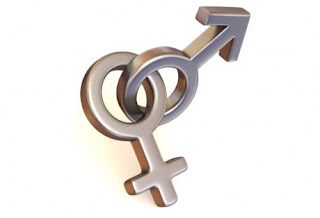 Womanese - The Secret Language of Women
Byter Rosie sent me an email with a collection of Womanese statements.  I mention Rosie at the outset to point out that I am not simply being sexist or misogynistic, that the item was sent to me by a female.
What is Womanese?

The Urban Dictionary has a couple of definitions:


#1:
a.       The mysterious language of the species 'woman', which men find extremely difficult to grasp. It's primary function is as an almost impenetrable code only fully understood within their own circle.
b.      A form of female telepathy used to confound men. Involves giving impossibly subtle verbal clues which the man is expected to know before they are spoken.
c.       A method of communication that involves not saying something in order to communicate something.
#2:
An ancient, deceptive art of the female tongue which aims to confuse and entrap men into a false comfort through a cunning ability that allows a woman to say exactly the opposite of what she really means.
Actual Words: "No. It's ok. You can go out drinking with your buddies. I don't mind."
Womanese Translation: "I swear to god if you walk out of that door you're not getting sex for at least a month."

#3:
A woman's way of blowing smoke up your ass, sort of like how politicians or executives talk to lower ranked or working class people, a way of telling you something without telling you.
Guy: What are you doing on Saturday?
Girl: I'm really busy all weekend I have to check my schedule.


So now that you know Womanese is.  In the words of one blogger, “it’s the secret language women speak through subcommunications, body language, facial expressions, spatial relevance, and the underlying meanings of what they're saying.

If you’re a male, you will have heard it from childhood.


1)      Fine
This is the word women use to end an argument when they are right and you need to shut up.
2)   Five Minutes
If she is getting dressed, this means a half an hour. Five minutes is only five minutes if you have just been given five more minutes to watch the game before helping around the house.
3)   Nothing


This is the calm before the storm. This means something, and you should be on your toes. Arguments that begin with nothing usually end in fine.
4)   Go Ahead


This is actually a word, but is a non-verbal statement often misunderstood by men. A loud sigh means she thinks you are an idiot and wonders why she is wasting her time standing here and arguing with you about nothing. (Refer back to # 3 for the meaning of nothing.)
6)    That’s Okay


This is one of the most dangerous statements a woman can make to a man. That’s okay means she wants to think long and hard before deciding how and when you will pay for your mistake.
7)    Thanks


A woman is thanking you, do not question, or faint. Just say you’re welcome. (I want to add in a clause here – This is true, unless she says ‘Thanks a lot’ – that is PURE sarcasm and she is not thanking you at all. DO NOT say ‘you’re welcome’ . that will bring on a ‘whatever’).
8)    Whatever


Another dangerous statement, meaning this is something that a woman has told a man to do several times, but is now doing it herself. This will later result in a man asking ‘What’s wrong?’ For the woman’s response refer to #3.

In answer to the question "What's wrong?"