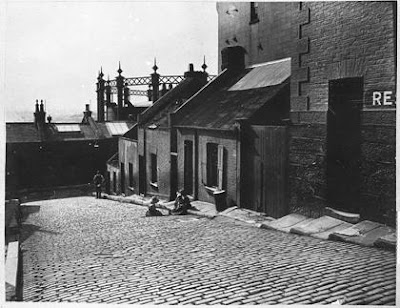 
Until the 1880’s, Sydney’s roads were constructed of graded broken stone, laid in cambered beds and overlaid with ironstone. 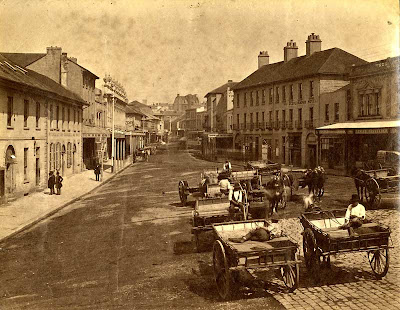 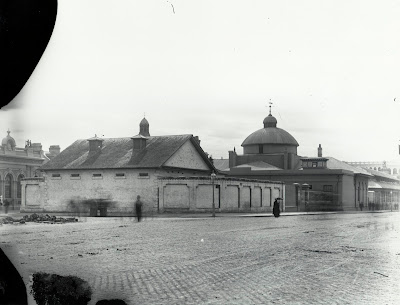 
In heavy trafficked areas the stone surfaces were subject to cracking and frequent wear and tear.  As an alternative, woodblocks proved superior.  They reduced noise, looked attractive, minimised dust, were durable and easily cleaned, plus Australia had an ample supply of suitable hardwood timber.


Woodblocking of roads had developed in England and the US in the 1840’s but had not been successful, possibly because the higher rainfall made the wood rot more easily and because softwoods were used.


In Sydney the technique was embraced enthusiastically from the 1880’s. 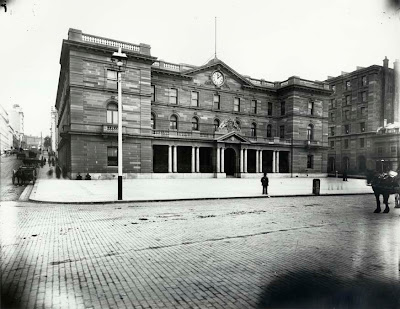 By 1900 much of Sydney from Broadway to Dawes Point and from Darling Harbour to Kings Cross was paved in woodblocks. The last woodblocks were laid during the 1930s.


The blocks were brick shaped and there were numerous experiments by city engineers as to the optimum means of laying and treatment.  It was eventually determined that blocks steeped in tar were best hammered together as tightly as possible and covered in sand, later in a tar solution or tar and sand mix, to prevent slipperiness. 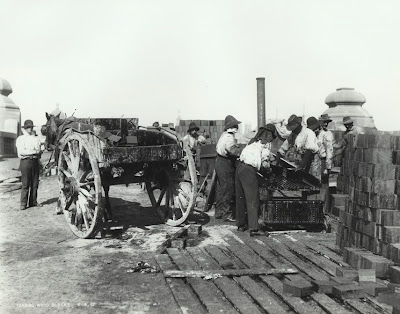 Tarring wood blocks for the construction of Pyrmont Bridge, Sydney 1902


The replacement of horse drawn transport by motor vehicles saw woodblocks progressively removed from Sydney streets and replaced by asphalt, often on a concrete base.  Woodblocking of roads ceased in about 1932 but repair of woodblocked roads continued until after World War 2.  The woodblocks were considered perfect for firewood and during the Great Depression, young boys were often caught helping themselves to one or two to heat the family home and cook dinner. The Council also gave redundant woodblocks to the elderly and disadvantaged. 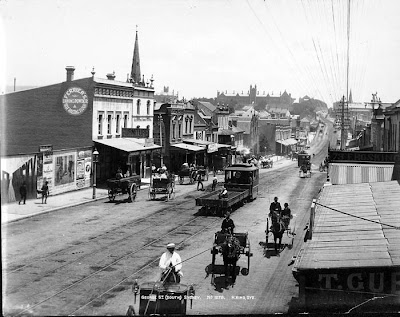 George Street in the 1890’s, showing the woodblocked road in the foreground and Sydney University in the background.  Note the steam tram in the centre.  The street was widened in the early 1900’s and renamed Broadway. 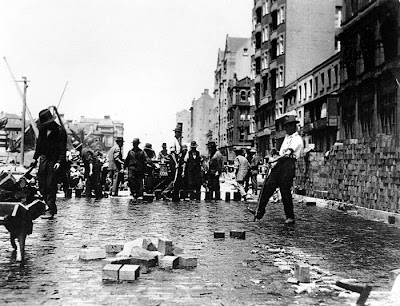 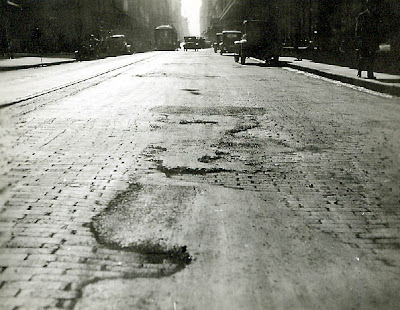 Deteriorating woodblocked road surface in Castlereagh Street, between Goulburn and Liverpool Streets, 1932. The holes have been spot filled with bitumen.


Today there are still many streets with the originals woodblocking beneath the bitumen that was later applied over the surfaces.  They are occasionally revealed by roadworks. 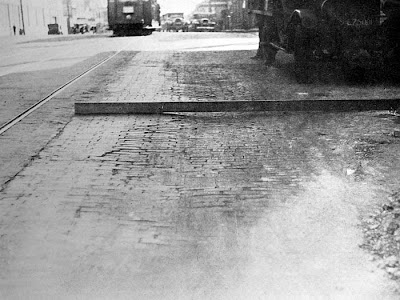 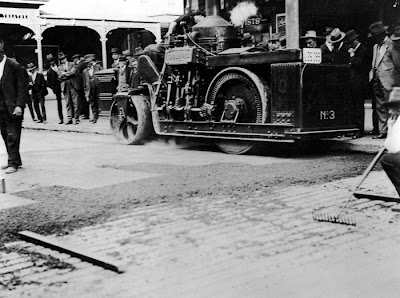 The City Engineer records the newest road-making technique being laid and tested in Park Street 1929 by the Neuchatel Asphalte Company. Woodblocked roads were gradually upgraded with asphalt from the late 1920s.