A Tale of Two Ships and Two Towers 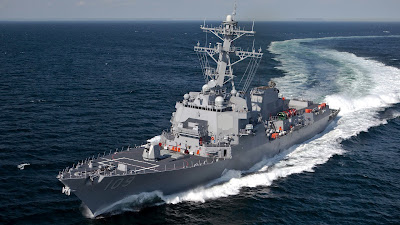 On 1 March 2008 the USS New York, an American warship, was christened in a ceremony at Avondale Shipyard in New Orleans.


There is a special significance about this ship:  it incorporates about 7 tonnes of steel salvaged from the ruins of the World Trade Centre after its destruction in the September 11 attacks.


Some facts and photos: 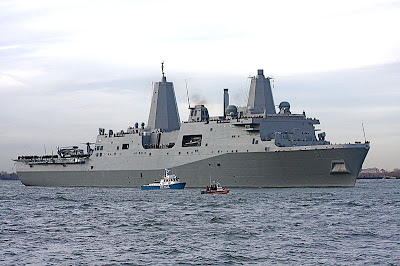 
The steel has been used in the ship’s bow.


The shipyard workers reportedly treated the steel with "reverence usually accorded to religious relics", gently touching it as they walked by. One worker delayed his retirement after 40 years' of working to be part of the project. 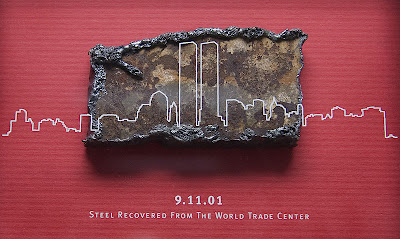 Steel from the World Trade Centre displayed aboard the ship.


The ship has been on active service since 2012.


Its motto is "Strength forged through sacrifice. Never forget." 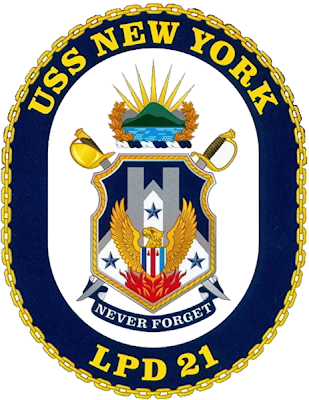 
The ship's crest includes images of the Twin Towers and features the colours of the city departments that first responded to the terrorist attacks. 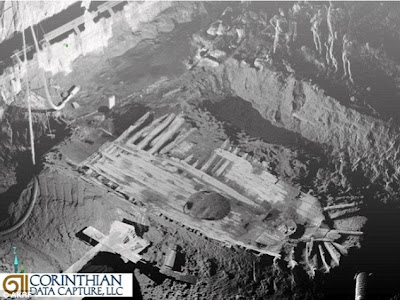 A laser scan of the boat as the excavation continues


Workers removing the ruins and remains of the Twin Towers following the September 11 attacks have had a stressful and grisly task.  Construction excavations at a site where nearly 3,000 people died have also had their share of grief and sorrow.  It was therefore surprising when, in 2010, such excavations revealed an unexpected  and surprising treasure: the remains of a wooden boat used as landfill.


The boat is believed to date from the 1700’s and to have been defunct when it was used as fill to extend the shores of lower Manhattan in about 1810.


According to one expert, it was an oceangoing vessel that might have sailed the Caribbean, as evidenced by 18th-century marine organisms that had bored tiny tunnels in the timber.  There has also been speculation, based on artefacts found, that it may have been used to transport British troops to the New World in about 1770.


Preserved by the mud, the remains of the ship lay undisturbed with ruins and fill until clearing of ruins above exposed it. 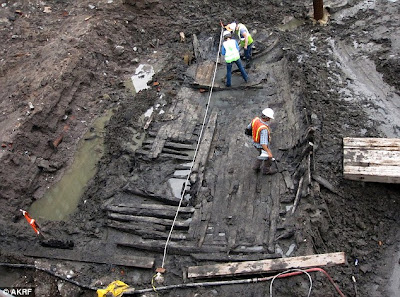 The boat sits about 10 metres below street level, in an area the Port Authority is excavating to build a vehicle screening centre for the World Trade Centre. 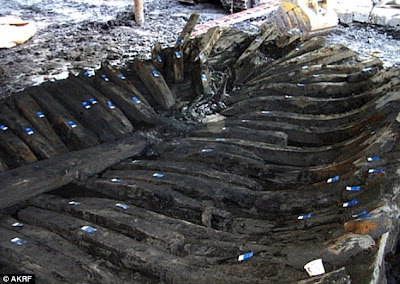 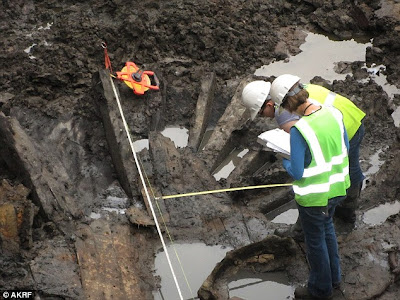 Archaeologists stand near the end of the ship, but are unsure if it is the prow or the stern. 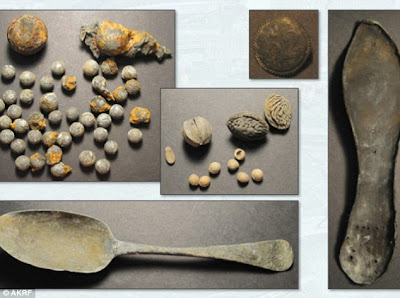 Archaeologists dismantling the ship also unearthed these relics believed to be from the 18th century. 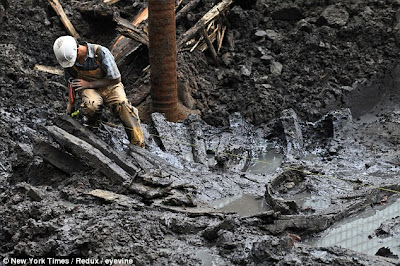 Workers raced to preserve the wood before it disintegrates as it comes into contact with the open air for the first time in centuries.