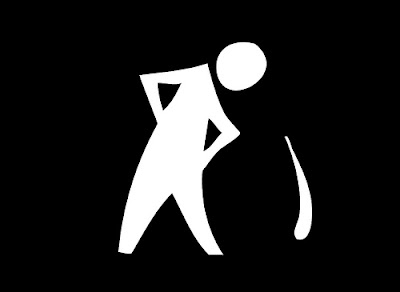 Someone sent me a text message asking me to look into a matter that has been the source of debate: whether the correct term for something that is similar in appearance, eg a child being similar to a parent, is a “splitting image” or a “spitting image”. Unfortunately I can’t locate the text message and cannot credit who asked me. My apologies to that person, although I think I know who it was.

It would make sense to assume that the correct term is “splitting image”, a splitting from the original to make an identical copy. Indeed this is a procedure in carpentry, known as “fiddleback”, whereby timber is split to obtain pieces with similar grains. 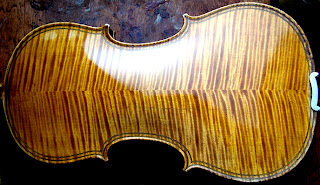 An example illustrative of the procedure’s name, fiddleback.

The correct term for similarity is, however, “spitting image”, dating from the 17th century. Back then it was said of children who resembled a parent that they could have been spat from the mouth of the parent. In a somewhat unpleasant way it suggested that such spitting could account for the similarity. In some strange way spitting = cloning.

In the 1689 comic play Love and a Bottle, George Farquhar wrote "Poor child! He's as like his own dadda as if he were spit out of his mouth."

The Newgate Calendar, 1824–26, by Andrew Knapp and W. Baldwin contains the line "A daughter, ... the very spit of the old captain."

The term “spitting image” appeared later, evolving from the above terms. Originally it was “spit and image” (that is, that a child was of the same stock as the parents, the spit, and of the same appearance, the image), which over time was shortened to “spitting image”. This in turn was further shortened to “the spit” (“He is the spit of his father”) and “dead spit” where “dead” meant “certainty”, as in dead ringer, dead shot, dead heat and dead centre.

E Castle’s 1895 work, Lt of Seathey, contains the line "She's like the poor lady that's dead and gone, the spit an' image she is."

I recall that when I was a youngster, the markets in Sydney, the original Paddy’s Market, had prominent signs warning that the penalty for expectorating was £5.

Years later I heard it said that the signs were a complete waste of time, that those who knew what “expectorate” meant didn’t go around spitting and that those who did spit wouldn’t know what the word meant.

I have enabled comments to everyone again, after some readers told me of difficulties in trying to leave a comment.  I'll persevere with the spammers a while longer.
Posted by BytesMaster at 2:39 AM