“Russian warship, go fuck yourself.”
Response by Ukrainian border guard Roman Hrybov,  defending Snake Island after Captain Kuprin, captain of the Russian warship Moskva, called upon the defenders to surrender, threatening to kill them if they didn’t do so.  The captain then  ordered a bombardment of the island and it was believed 13 defenders were killed.
It subsequently emerged that there had been 19 border guards stationed on the island and they had all been taken prisoner by the Russians. They were captured after repelling multiple Russian assaults and and running out of ammunition, being later released from captivity as part of a prisoner exchange with Russian forces.

The postal service of the Ukraine️ issued a new series of postage stamps featuring an illustrated picture of a Ukrainian soldier holding a rifle looking at the enemy's missile cruiser and giving it the middle finger.  Alongside, it the words "Russian warship, go ... yourself" feature inside a drawing of the outline of Snake Island. 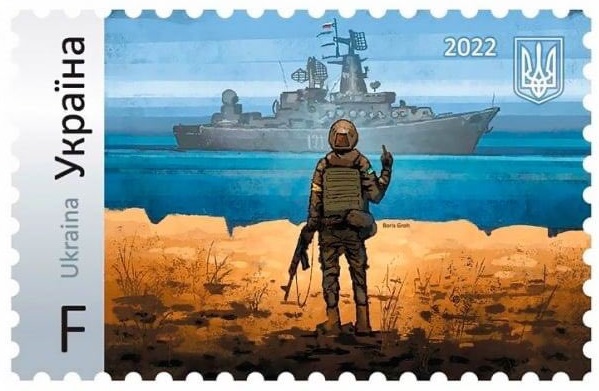 The overall layout with the ochre land underneath the blue sea mimics the colours of the Flag of Ukraine. The special postmark accompanying the stamp shows the outline of Snake Island. 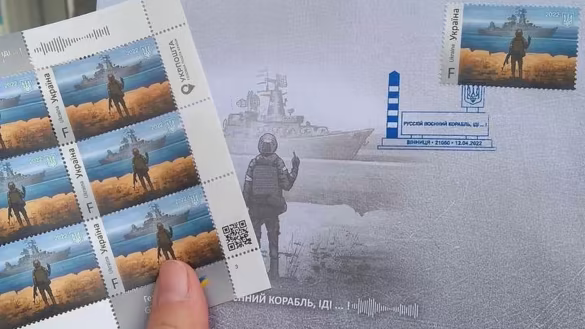 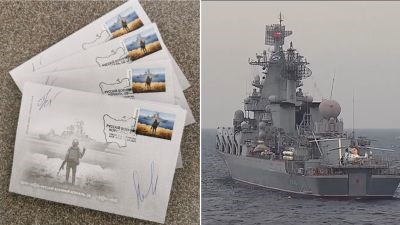 Ukrainian President Volodymyr Zelenskyy posted a photo posing with the stamps with the caption: “The phrase, which became a symbol of the steadfastness of Ukrainian defenders, is now on postage stamps. Use and remember that the 'Russian warship' always has only one direction.” 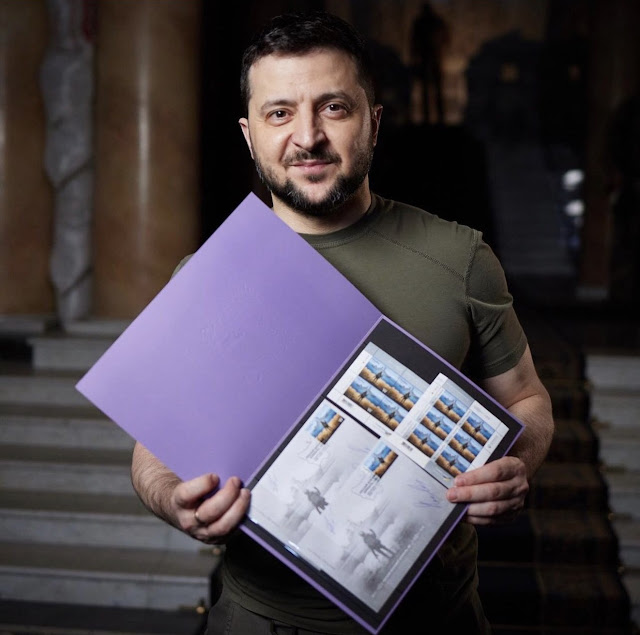 Roman Hrybov (right in photo below) was at Kyiv's main post office to mark the first day of the stamps' issue. He and the head of the Ukrainian Post Office, Ihor Smyljanskyj, signed the first special envelopes with the stamps: 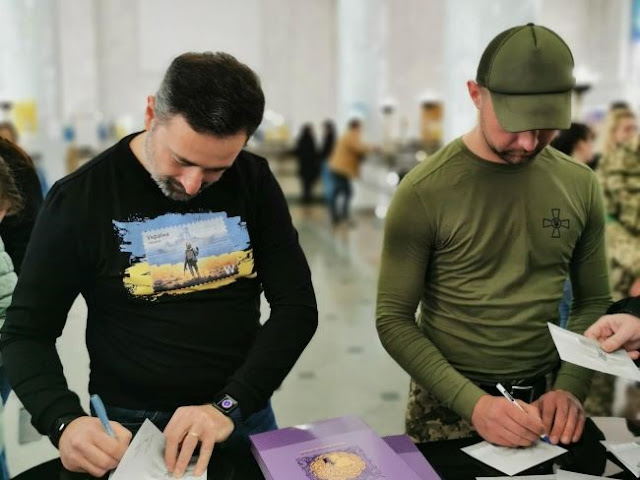 Two days after the stamps were issued, the Moskva was sunk by a Ukrainian missile. The Moskva, a missile cruiser, had been a Black Sea Fleet flagship. Captain Kuprin was killed in the attack on the ship.
Posted by BytesMaster at 12:10 AM