__________
More rare historic photos, a continuing series, words and text from a different site to that previously. The following, and the parts which will follow in future weeks, is from a site Past Chronicles.
That site's series on rare historic photos is entitled “Rare Historical Photos Capturing A Unique Moment In Time” and it can be accessed by clicking on the following link:
https://www.pastchronicles.com/fast-gallery/rare-historical-photos-capturing-a-unique-moment-in-time/80/?utm_source=google&utm_medium=www.vintag.es&utm_campaign=MR_GE_PC_CAUKAU_All_HistoricalPhotos_0327&utm_term=135647991980&utm_content=feed&gclid=EAIaIQobChMIxc3m2sid9wIVGJVLBR2v8Q9OEAEYASAAEgKmxfD_BwE&ac=2
The introductory commentary from the series is:

Photographs often serve as a visual memory bank. They have emotional and sentimental significance. From the viewpoint of an artist, photography can depict the world in a new light with a fresh perspective. Other times, it can perfectly capture a pivotal memory or moment of historical significance.
Above all else, photographs help us record events for later review. They help connect the past to our present and future. We hope that the historical gallery we have prepared for you today will help you learn something new and feel more connected to history.

__________
The photos and text . . .
__________
Annie Edson Taylor and Her Niagara Falls Journey
Annie Edson Taylor had planned to make a fortune via a one-of-a-kind PR stunt. She intended to take a barrel ride over Niagara Falls on her birthday (October 24, 1901). She had a watertight, cushioned barrel specially made for her. As a test, she sent a barrel over the falls with a cat inside. Much to her pleasure and the cat’s happiness, the feline survived the journey. 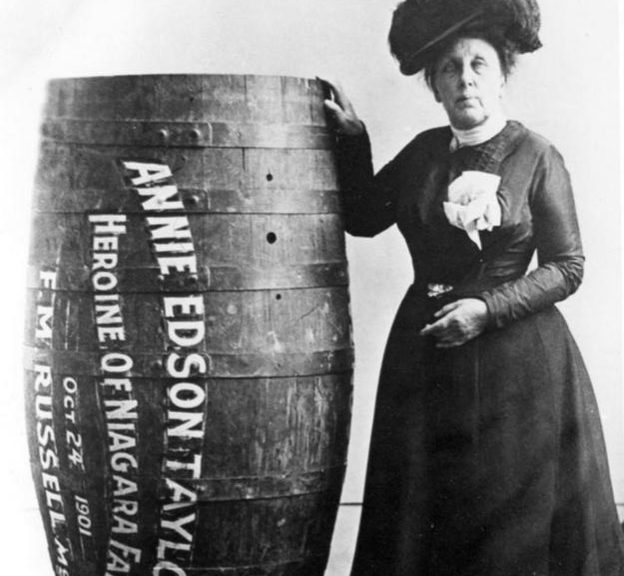 So, on that 24th day of October, the 63-year-old retired teacher got into the barrel with the help of her companions and secured the lid. She began her adventure just above the falls. After she journeyed down the waterfall, she was met by an awaiting boat. Thankfully, Annie Edson Taylor was discovered alive and well.
__________
Cigarettes Bought from a Hospital Bed in the 1950s
Prior to the Surgeon General’s message connecting tobacco use to a variety of illnesses, the medical community did not consider smoking to be a bad. In fact, it was considered to soothe a worried person, suppress appetites, and generally be beneficial. 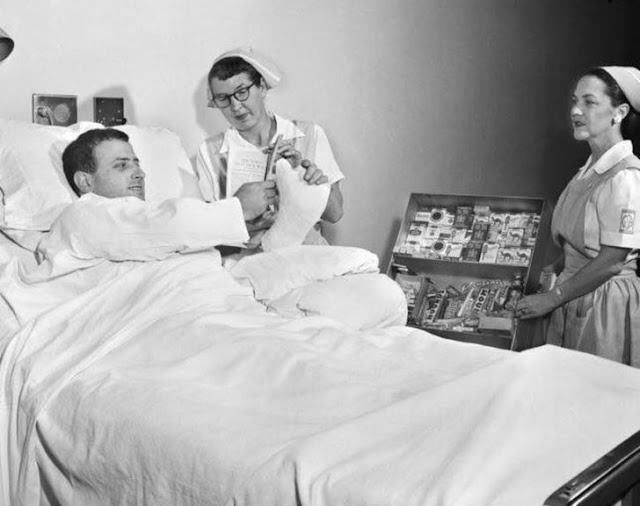 As absurd and counter-productive as it may seem, hospital patients could purchase packs from their hospital beds during this time. They could even use them in their hospital rooms if they wanted to!
__________
A Manually Operated Traffic Control Machine, in Philadelphia, Pennsylvania, in 1922
Cars began getting into fender-benders shortly after the automobile was introduced into the streets. It became apparent immediately that laws and procedures were required to ensure that individuals did not drive their vehicles into other cars, people, or structures. 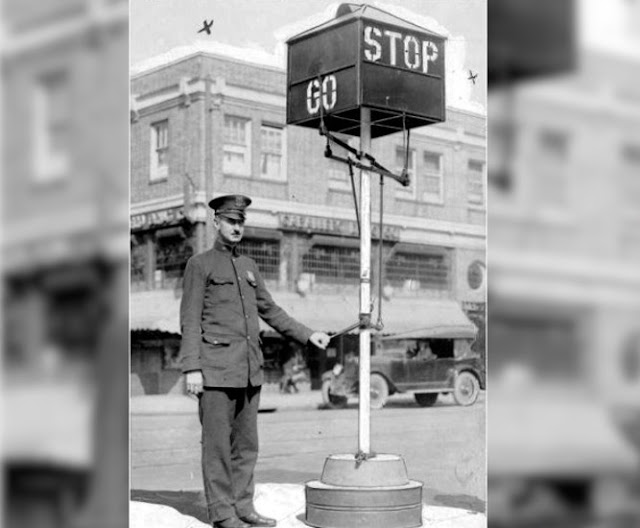 Motorists started using signals to know when to halt and when to continue through a junction. Before electric traffic signals, the only alternative was to have manual signals, such as the one seen in the photograph above. A traffic stop operator had to manually change the sign from “stop” to “go.”
__________
A Man on Top of the Golden Gate Bridge During its Construction
Building the Golden Gate Bridge in San Francisco required a lot of bravery. There was an unspoken rule in the 1930s about high-steel bridge building projects like this one. Engineers should anticipate one employee incident for every $1 million spent. The $35 million Golden Gate Bridge, on the other hand, had a stellar safety record, with just 11 incidents. 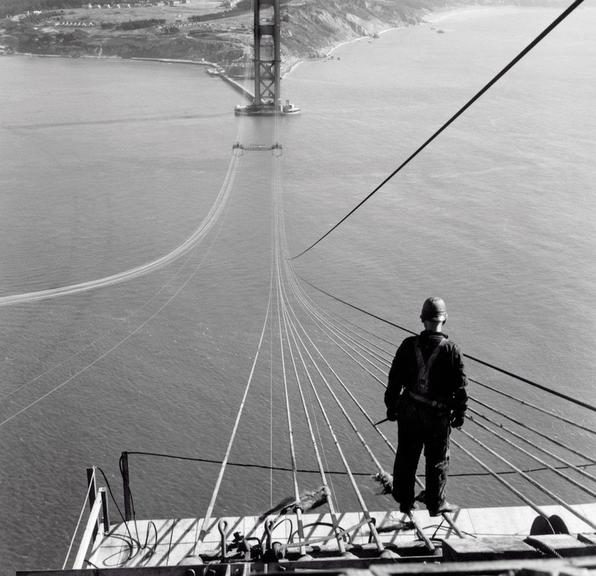 At least 19 individuals are said to have been saved thanks to a huge net hanging underneath the construction site. The bridge employees’ survival rate is a marvel of forethought.
__________
The Historic U.S. Route 50 (The loneliest road in America)
While looking at this photograph, it is easy to see why Route 50 is referred to as “The Loneliest Road in America.” From West Sacramento in California all the way to Ocean City in Maryland (a distance of about 3,073 miles), the roadway traverses vast swaths of barren, arid terrain. 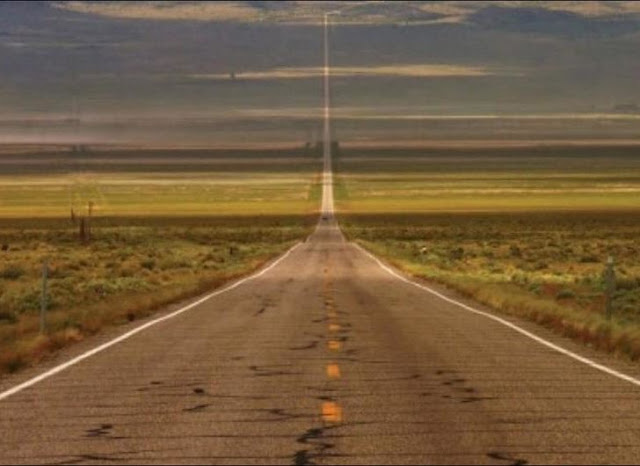 When Life magazine published its July 1986 edition, the road was dubbed as “The Loneliest Road in America.” Since then, the name has gained popularity, and the state of Nevada has adopted it as a marketing slogan for the road. According to the publication, there are “no places of interest” along the path.
__________
Women Delivering Water While Men Were Overseas
As the first global struggle was happening throughout Europe, women began to take up tasks that had previously been filled by males. This included anything from working in factories to transporting large blocks of ice to the front lines. The need for this kind of work existed even before refrigerators were widely available. 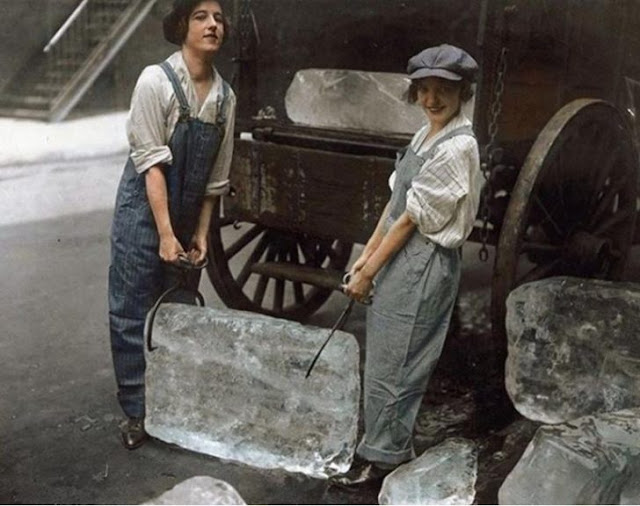 Delivery workers would transport huge blocks of ice around the country on carts and in motor vehicles. The ladies in this photograph delivered ice from their distributor to houses across Manhattan. Folks would use these ice blocks to cool down meals. As refrigerators and freezers grew more common, the company gradually went out of business.
__________
Robert Wadlow's Height Compared to the Huge Shaquille O'Neal (7' 1")*
You probably know who Big Shaq is. Yes, he is a huge basketball player. A wax replica of Robert Wadlow, which is on display in a museum, is seen in the photograph below. The real-life basketball star Shaquille O’Neal stands next to it to provide some perspective on how tall Robert Wadlow, the tallest man in the world, truly was. 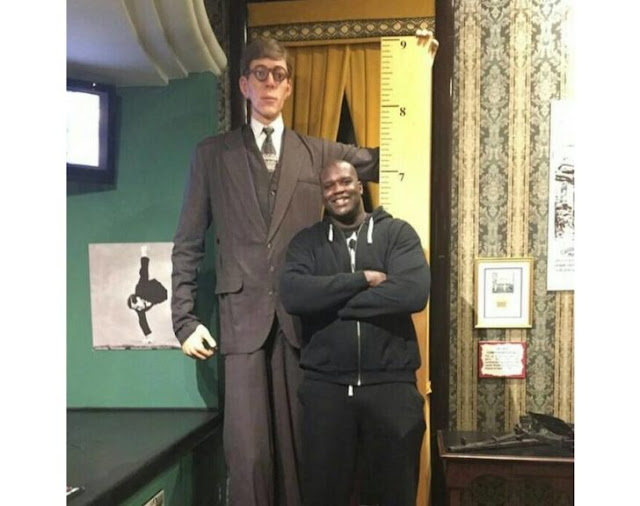 With a height of 7’1”, O’Neal is not accustomed to looking up to anybody. However, it is clear from the photo that Shaq is almost two feet shorter than Wadlow at his highest point, which is almost 9 feet tall.**
*       2.16m
**     2.74m
__________
Yoda with His Sculptor, Stuart Freeborn
Everyone who watched Episode V fell in love with Yoda, the funny, little creature on Dagobah who also happens to be the most powerful Jedi in the galaxy. However, if the original version of Yoda had made it to the screen, the film may not have been as successful. The original plan for Yoda was to teach a costumed monkey to move around the set instead of using a puppet. 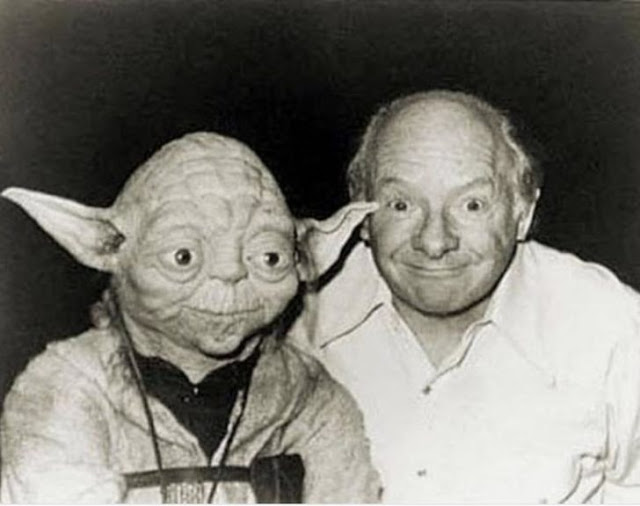 Several team members who worked on 2001: A Space Odyssey years before objected to the concept. Actors had to be recruited to represent the primates since they were tough to properly manage. The character we know and love today was created with the help of makeup artist, Stuart Freeborn. Freeborn made the model