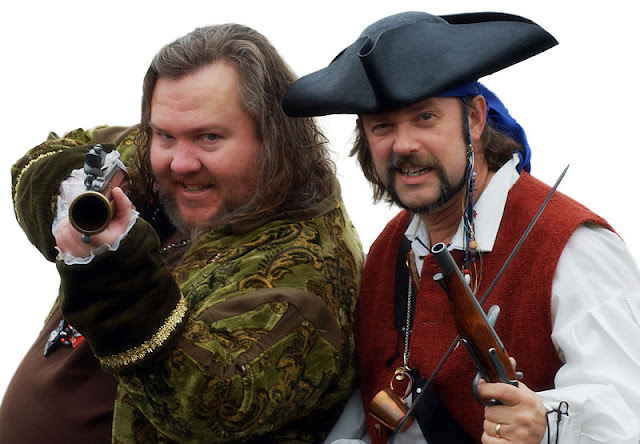 Ahoy shipmates. Today be a special day. Aye, today be International Talk Like a Pirate Day and any parrrrty that won’t parrrtake be a scurvy bilge rat. Arrrr. In the interests of communication I will put aside speaking like a pirate in this post but those reading this who know me personally will be expected to speak to me in pirrrate lingo today, arrrr!

International Talk Like a Pirate Day is celebrated on 19 September each year and is a joke holiday originated by John Baur and Mark Summers, known respectively as Ol’ Chumbucket and Cap’n Slappy (pictured above). It started when they were playing racquetball on 6 June 1995. One of them became injured and exclaimed “Aaarrrr!” As a joke between themselves they kept speaking like pirates that day and decided to make it an annual event. Because 6 June is the anniversary of D Day, it didn’t seem right to make that their official observance day so 19 September was selected, the date of Summers’ ex-wife’s birthday, so that he would remember it. Their private observance of TLAPD gained wider exposure when the idea was written about and promoted by columnist Dave Barry in 2002. The media picked it up and the rest be history. Summers and Baur sell books and T-shirts on their website related to the theme and attribute part of the success to their not having trademarked anything, thereby allowing creativity and "viral" growth. Today the day is celebrated internationally with many devotees dressing like pirates. Indeed yesterday, when I was at Downing Centre Local Court in Sydney with my son Thomas we saw a chap in full pirate regalia, even to the extent of having a stuffed parrot on his shoulder. I would have loved to have seen his appearance before the magistrate and to have heard him address the court. (I think he was an Irish pirate, being that he was a day early). 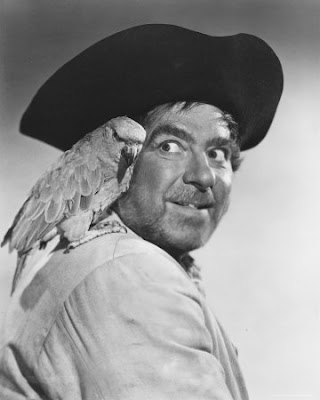 The patron saint of ITLAPD is actor Robert Newton, who specialised in playing pirates and who played Long John Silver in the 1950 Disney film Treasure Island. Born in Dorset and educated in Cornwall, it was his West County dialect and accent that was the originator of what most people today believe to be pirate speech and expression, notwithstanding that “Arrrr!” had been appearing from 1934 onwards. It is Newton’s usage in Treasure Island, however, which popularised the phrase and the manner of pirate expression. 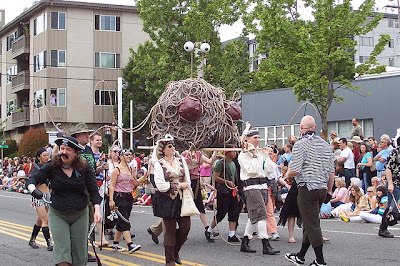 ITLAPD has become a holiday for members of the Church of the Flying Spaghetti Monster. In that regard see an earlier Bytes at:

There is a site that lets you put in your own name and it gives you a pirate name. It allocated me Decrepit Sully Cutler.

Give it a try at:
http://gangstaname.com/names/pirate/generate#.UjnCScYwdNg

You can also select other categories for names.  Some of the other ones allocated to me were: Gangster (Chewy the Canadian), Mexican Wrestler (Turbo Flaco), Mafia (Card Shark Valentino), Vampire (Leapin’ Edward Dracul).

ITLAPD has been officially recognised by the US State of Michigan. A resolution brought forward by Senator Roger Kahn was approved by legislators in June of this year. Khan celebrated the passage by taking the podium while wearing a black eye patch and saying, "It's time, and now recognized, that the state of Michigan acknowledges this holiday and grants it the recognition it truly deserves." Kahn pointed out that Michigan is the Great Lakes state and should support and promote "worthy maritime initiatives." 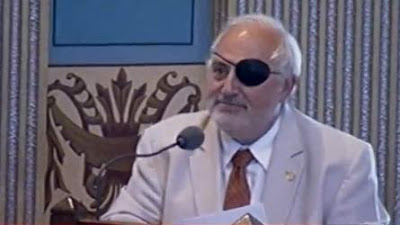 Michigan Senate Minority Leader Gretchen Whitmer didn't think very highly of the resolution and said "I just want to thank the senator from the 32nd District for making the most compelling argument he could for a part-time legislature." 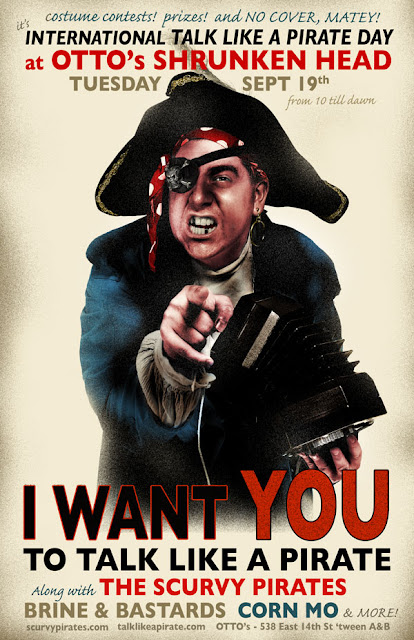