I will be away from my computer for a few days so there won't be any Bytes. Here is an item for the weekend . . .


Recently I posted a portfolio of the photographs of legendary photojournalist Horst Faas, who had won the 1965 Pulitzer for a body of work on the war in Vietnam rather than for a single photograph.

The 1965 World Press Photograph of the Year for 1965 was also from the Vietnam war but this time a single image, Kyoichi Sawada’s image of a mother and children wading through a river to escape American bombing: 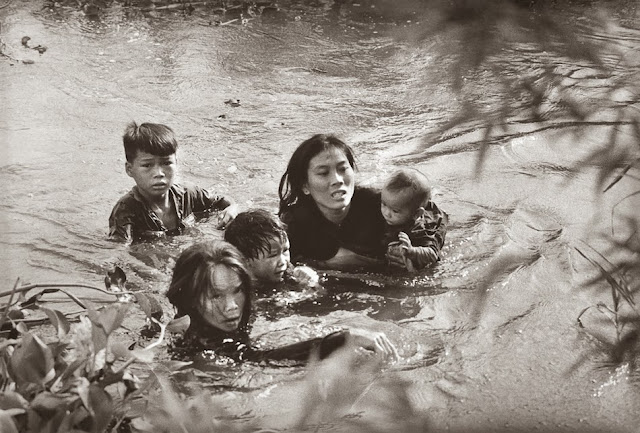 He has commented in respect of his award winning photograph:

“[The] photo depicts a South Vietnamese mother fleeing through a river. She and her four children were forced to leave their village Qui Nhon, near Quinboso. The US Air Force had asked all inhabitants to evacuate the village because the Vietcong had been using it as a base camp to fire at the US Marines. Now the Americans were striking back, at the same time destroying the village. The attack was part of an elaborate clearing operation, whose purpose it was to drive the Vietcong members out of the coastal area in South Vietnam. The assault was named Operation Piranha after the dangerous South American fish, It employed more than 5,000 troops. In each village that was believed to shelter Vietcong guerillas, women and children were advised to leave before the attack would commence. The Communist terrorists often used women and children as a screen for their operations.” In October 1970, Sawada and UPI Phnom Penh bureau manager Frank Frosch, in civilian clothing and unarmed, were ambushed by the Vietcong and killed near Phnom Penh. 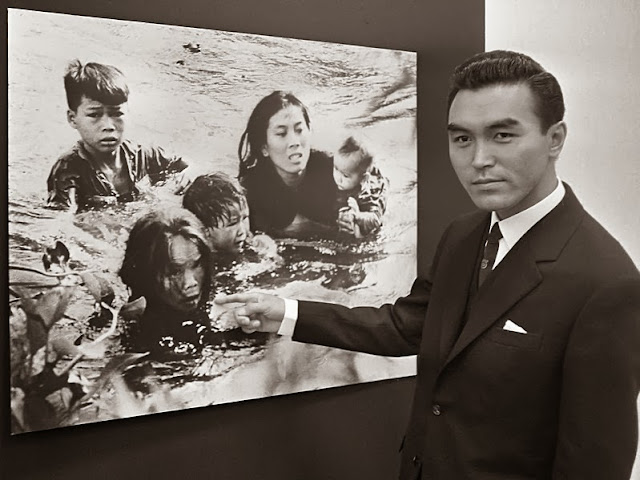 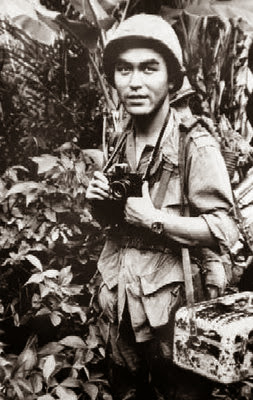 After having won the award, Sawada had sought out the family in his winning photograph and gave them the money that had won.