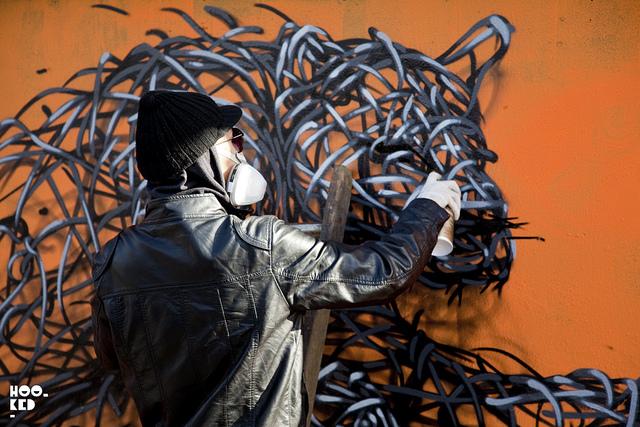 One of the features of street art, good street art, not the mindless spray painting of a nickname on a wall, “tagging”, is that it is often innovative, different, original. So it is with the street art of DALeast, an anonymous Chinese born artist living in Capetown in South Africa. Aged 29, he paints his works with a spray can on walls, bridges and buildings, sometimes over 100 metres in width in a style that looks like thousands of 3 dimensional metal shards. In reality they are all painted on flat surfaces. Although he lives in South Africa he spends 6 months of every year travelling and has left his works on all the continents. Works are done in a hurry to avoid arrest; he was arrested in China in 2008 before the Olympics in a pre-emptive precautionary blitz.

Here are some of his works: 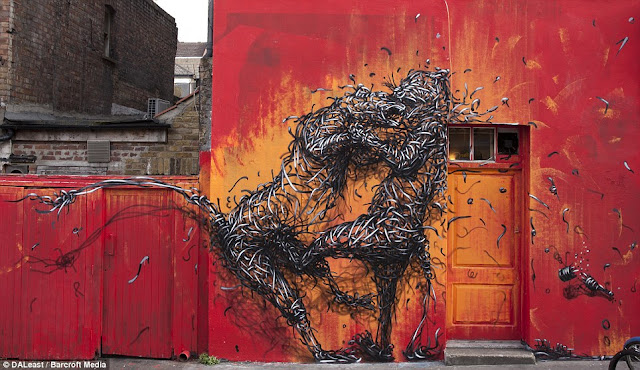 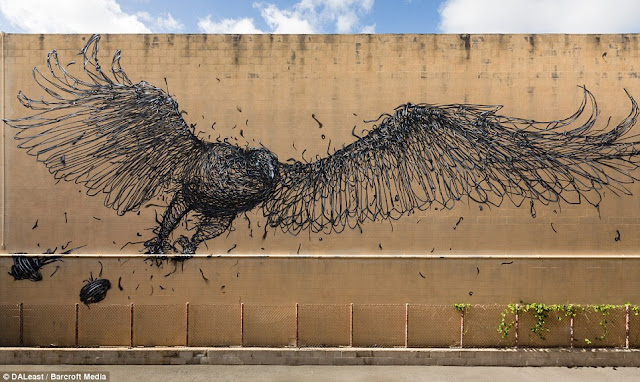 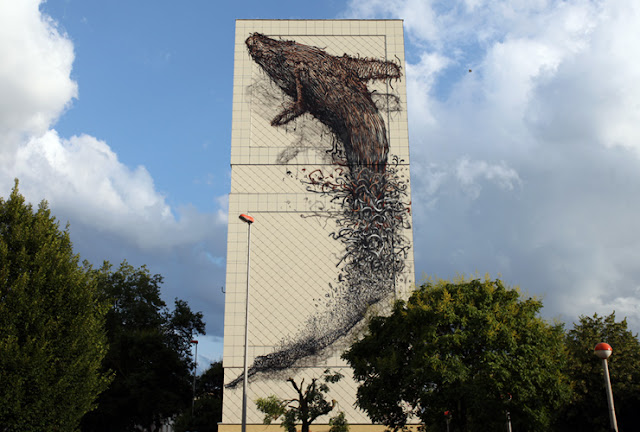 String of camels, wall of parking station in Miami 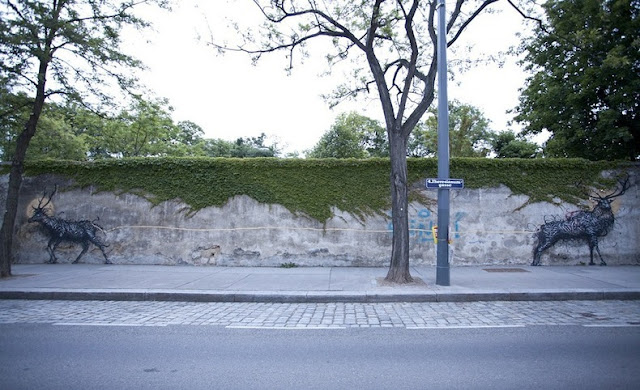 Stags on a wall in Vienna, Austria, detail of one of the stags below 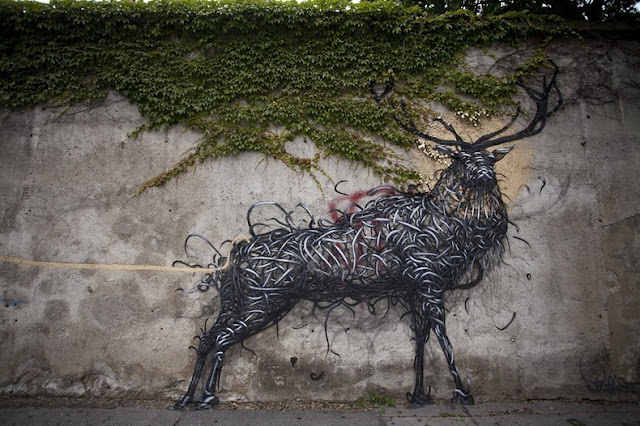 Whale, side of a warehous, New York.  Note the size in comparison to the pedestrian. 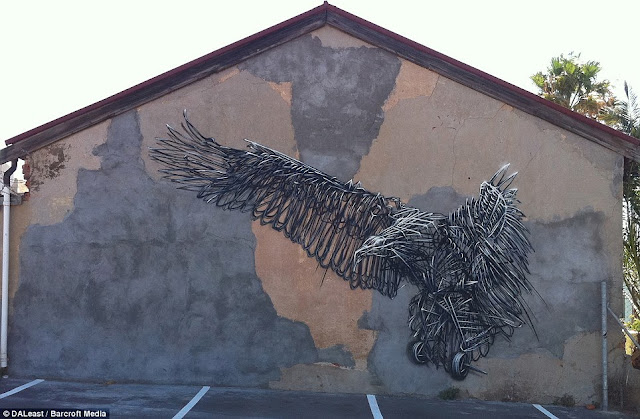 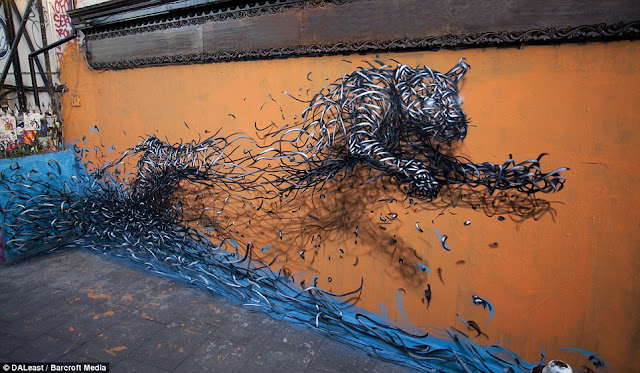 Posted by BytesMaster at 1:35 AM