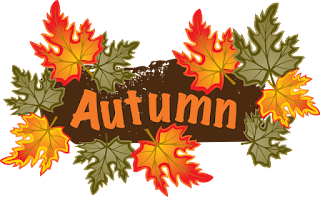 Well, dear readers, it is the first day of the season of mists and mellow fruitfulness, close bosom-friend of the maturing sun, or Autumn if you’re not into Keats, but don’t worry, I don’t get that either. Here is another poem about autumn that I like much better than Keats’s, which plays on the words spring (which it is today in the northern hemisphere) and fall, as our northern neighbours call autumn:
There was a young fellow named Hall
Who fell in the spring in the fall.
‘Twould have been a sad thing
Had he died in the spring,
But he didn’t – he died in the fall.
Some facts and trivia about March:
March, the third month of the year, was named for the Roman god of war, Mars. (Mars, the planet and the rover, will feature in a Bytes within the next few days). Traditionally, this was the time of year to resume military campaigns that had been interrupted by winter.
In the early Roman calendar, March (or Martius) was the first month of the calendar year. As March brought the first day of spring with the vernal equinox, it was the start of new beginnings.
March became the third month when January and February, which were added to the end of the Roman calendar around 700 BCE, instead became the first and second months around 450 BCE.
March days:
- March 8 is International Women’s Day, which is a day that not only celebrates the achievements of women and the progress made toward women’s rights, but also brings attention to ongoing struggles for equality around the world.
- March 14 is the start of Daylight Saving Time in the US, which begins at 2:00 A.M. that day. If your area observes it, don’t forget to “spring forward” and set the clocks one hour ahead, or you may find yourself an hour late to everything!
- March 15 is the Ides of March! Legend surrounds this ill-fated day. Beware the Ides of March!
- March 15 is also Clean Monday. Also called Pure Monday, this day marks the beginning of Great Lent for followers of the Eastern Orthodox Christian Church. This day is similar to Ash Wednesday of the Western Church.
- March 17 is St. Patrick’s Day. According to folklore, folks wear a shamrock on St. Patrick’s Day because the saint used its three leaves to explain the Trinity.
- March 20 brings about the March equinox—also called the vernal or spring equinox in the Northern Hemisphere—marking the beginning of spring. In the Southern Hemisphere, this date marks the autumnal equinox and the beginning of autumn. On this day, the sun stands directly over Earth’s equator.
- March 27 is the start of Passover, which begins at sundown on this day.
- March 29-31 are known as the Borrowing Days. According to lore, the last three days of March have a reputation for being stormy.
Looking ahead:
This year, Easter Sunday will occur on April 4, culminating the Holy Week for Christian churches and commemorating the resurrection of Jesus Christ.
“Just for Fun” Days
March is National Umbrella Month? Here are some more wacky things to celebrate this month:
- March 3: What If Cats and Dogs Had Opposable Thumbs Day
- March 9: International Fanny Pack Day
- March 13: National Ear Muff Day
- March 16: National Panda Day
- March 21: Absolutely Incredible Kid Day
- March 23: World Meteorological Day
- March 31: World Backup Day
Birthstone and Zodiac sign:
March’s birthstone is the aquamarine. This gem is a type of beryl; its color can be pale to dark blue, greenish-blue, or blue-green; deep, intense blue versions are more valuable.
March’s Zodiac signs are Pisces (February 20 to March 20) and Aries (March 21 to April 20).
Another poem:
We started with a poem so let’s finish with one as well, and it's not Ode to Autumn:
Leaf It Alone
- Elizabeth Sheaffer
As I watched the rain pouring into the drain
I reflected on just how perverse
Was the Summer we had, with the weather so bad,
And the future can only get worse.
Now that Autumn is here, bringing with it some fear
Since the drains are blocked up with leaves
Which are crimson and yellow, so pretty, so mellow,
And they're also blocking the eaves.
As the weather gets colder, the leaves get older,
Black and dirty, and now..here's the thing!
The council won't clear it and therefore I fear it
Will leaf us at risk till the Spring.
Posted by BytesMaster at 12:17 AM