POETRY SPOT: The Ballad of the Leather Medal

--------o😊o--------
Readers will be aware of my fondness for folk poetry, bush ballads and simple narratives that tell a good yarn, in preference to artsy-fartsy and wanky stuff.  This also extends to my taste in films, which causes many a debate and difference of opinion with friend Steve (my Third Top 10 + 2 will be coming soon).
In keeping with my comments above, I have previously posted poems by Banjo Paterson and Henry Lawson, Robert Service (“The Bard of the Yukon”, or “the Yukon Banjo” as I tend to think of him), and even by Benny Hill.
Bytes has previously posted Service’s poems:
The Spell of the Yukon
The Shooting of Dan McGrew and
The Cremation of Sam MacGee.
Today another Robert Service poem, one of his lesser known works, from 1907. It features Millie MacGee, the daughter of the Sam MacGee referred to above. 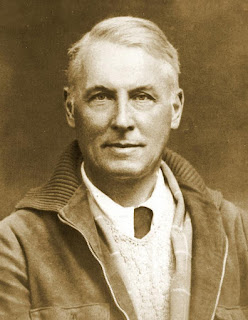