More About the First Car Advertisement...

I have previously posted items about music, poetry, movies, bad jokes (and good jokes), racism, sexism and all sorts of other isms; items about love, friendship, sorrow and loss; items about Christians, Muslims, Buddhists, about Nazis, communists, fascists…. so what item gets the most feedback and discussion? Whether Winton or Daimler had the world’s first car ad.
Byter AV left a message on the blog:

If you like the Baker Electric visit Jay Leno's garage and take a ride in his 1909 model:
www.jaylenosgarage.com/at-the-garage/electric/1909-baker-electric/

That was not about the ad, although it did refer to the item at the end of the post.
Following on from Byter Richard’s comment yesterday, and my response, I received an email from Byter Tobye from Atlanta, Georgia, who commented:

Isn't there a distinction to be made between a catalogue and an advertisement? I'm just sayin'.....it's not exactly apples to apples here.

Then Byter Richard returned to the fray, having brought his big mate with him, one Stephen Meyn, who has his own website at:
http://www.sydneycyclist.com/forum/topic/listForContributor?user=3f1zmyvvufihu
Richard commented that the bar had been raised, then let his mate do the talking.  Stephen wrote the following item.  (I have been unable to save the pics of the vehicles concerned that accompanied the email so have added pics from various sources myself).

Well if your source is a solicitor I should mind my manners... here is the history as it goes: 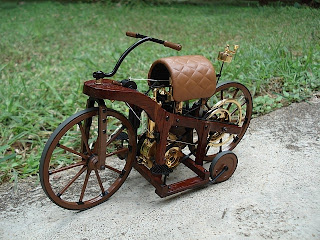 (Click on the pics to enlarge).
1885 Daimler Reitwagen, the world first motorcycle built by Gottlieb Daimler and Wilhelm Maybach 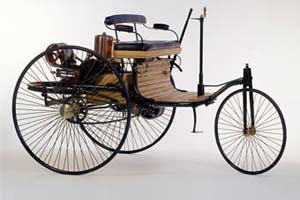 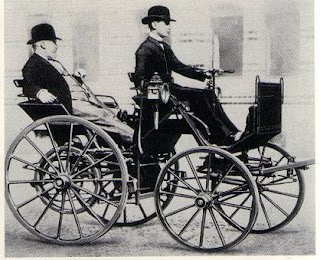 (That’s Herr Gottlieb Daimler in the back with his son Adolf driving. Otto)
1886 Daimler presents the Motorkutsche which has 4 wheels. 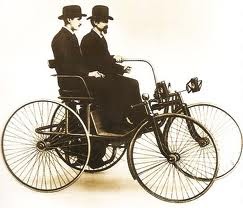 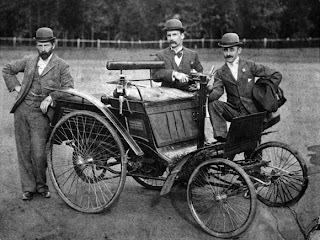 So was it Winton or did Daimler do it?  I don't know but the quick look at the development of the motor car was fascinating.
Also fascinating was the reference to Bertha Benz, so much so that I had a look at her biography.  She was a most intriguing, strong and interesting person, so much so that it is worthy of a Bytes in her own right.  I will do so in future.  This si a pic of her: 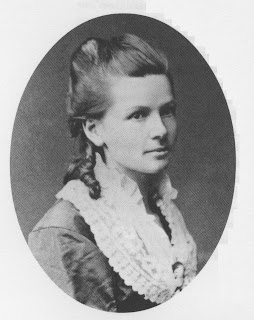 Thanks to the persons who contributed comments.

Posted by BytesMaster at 5:06 AM