On Streisand, Injunctions and Footballers 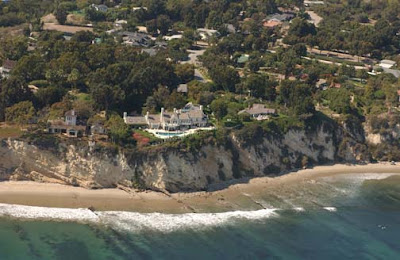 I recently came across the term Streisand Effect. This is when a person, often a celebrity, seeks to have information censored, suppressed or removed and the attempt backfires by causing much more attention than the item might otherwise have had.

It is named after an intervention by Barbara Streisand.  In 2003 Kenneth Adelman was concerned with coastal erosion in California.  His website contained over 12,000 photographs of the California coastline recording such erosion, amongst them an aerial photo of Barbara Streisand’s coastal Malibu home.  Notwithstanding that the photograph had received virtually no attention, Streisand filed a lawsuit to have the photograph removed on the basis that it invaded her privacy, thereby bringing both the photograph and her home to considerable prominence.  The term Streisand Effect was coined by Mike Masnick in 2005.  It is likely that Barbara Streisand's name will now urvive in that context long after her movies and music are forgotten The house is pictured above, click on the image to enlarge.

With the ease with which matters are posted and distributed on the internet, the Streisand Effect has scope for considerably wide and rapid dissemination when someone seeks to block information.
Recently in the UK there have been a number of cases where the Streisand Effect has focused attention on what have been referred to as “superinjunctions”.  This is an injunction that not only restrains facts and allegations, it also prohibits disclosure of the existence and details of the injunction itself.  An example of a superinjunction is that obtained in 2009 by a company Trafigura in respect of its handling of toxic waste.  The company and its attack dog lawyers managed not only to restrain reporting, the judge prohibited even disclosure of an injunction being in place, a total white out.  It came to light when raised in Parliament under the cover of parliamentary privilege, allowing the journalists to report on the original data and on the attempts to suppress it.  The media is allowed to report on proceedings in Parliament and on what is discussed in Parliament.

Restraining journalists from writing a story is like waving the proverbial red rag at a bull, ensuring that once the restraint is lifted or circumvented, the coverage will be considerable and possibly more critical.

Apart from parliamentary disclosure, superinjunctions have also been defeated by being leaked.  Circulation on the internet has then resulted in widespread discussion, often with follow up media attention.

A number of superinjunctions have been raised in Parliament, including most recently that of prominent Manchester United footballer Ryan Giggs.  Giggs had obtained a superinjunction to restrain disclosure of, and comment upon, an alleged affair with Welsh model and Big Brother participant Imogen Thomas.  The newspapers champed at the bit to disclose the identity of the footballer and his dalliance, one even publishing his photograph on the front page with only the eyes blacked out, with the word “Censored” in capital letters.  Much of the newspaper coverage contained criticisms of superinjunctions and the restrictions on both freedom of speech and the liberty of the press.

On 23 May 2011 the British Prime Minister David Cameron, commented:

"It is rather unsustainable, this situation, where newspapers can't print something that clearly everybody else is talking about.  But there's a difficulty here because the law is the law and the judges must interpret what the law is. What I've said in the past is, the danger is that judgements are effectively writing a new law which is what Parliament is meant to do. So I think the government, Parliament, has got to take some time out, have a proper look at this, have a think about what we can do, but I'm not sure there is going to be a simple answer." 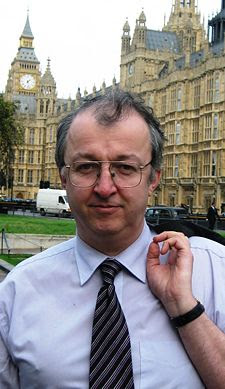 The same day British MP John Hemming (pictured above) disclosed in Parliament that the person involved was Ryan Griggs.    The restraint on reporting had acted as a log jam in a river, with more and more information and pressure built up in the media files.  Once Giggs' name was released, the logjam broke.  The flood of information was both huge and critical, a super Streisand effect after the superinjunction was no longer alive.

More and more information was released.  The wife of Giggs' brother Rhodri, a woman by the name of Natasha, said that she had been having an affair with Ryan for eight years and that she was revealing this because she had been shocked to find out that Ryan ahd been cheating on her with Imogen Thomas.  She also later revealed that she had had a secret abortion when she had conceived with Ryan Giggs.  Rodri then dumped Natasha.  The publicist for Imogen Thomas, Max Clifford, declared that Imogen was heartbroken to find out that Ryan had cheated on her with his brother's wife, adding that the superinjunction was "the worst own goal of his life."  There is speculation that the intent of the superinjunction was to stop Imogen Thomas and Natasha Giggs from finding out about each other. 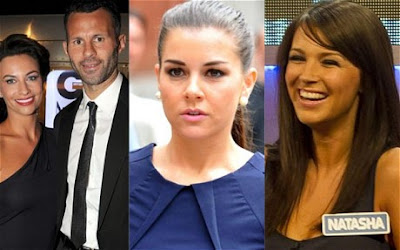 MP John Hemming was criticised by a number of persons, parliamentarians included, for abusing parliamentary privilege and for conducting himself above the law.  He responded that the identity of the footballer was already known outside Parliament and was in the public domain.  He commented that he would not have been in contempt if he had made the same statements outside Parliament and that, furthermore, he was prompted by the fact that Giggs’ lawyers had obtained a High Court order asking Twitter to reveal details of users who had revealed his identity after thousands named him. It appeared that the attack dog lawyers were going after those Twitterers.

A variation on the superinjunction is what has come to be called “the hyperinjunction”, a superinjunction that includes an order that the injunction must not be discussed with members of Parliament, journalists or lawyers. One such hyperinjunction was obtained at the UK’s High Court in 2006.  It prevented disclosure of an allegation that paint used in water tanks on passenger ships can break down and release potentially toxic chemicals.  It became public knowledge in Parliament under parliamentary privilege.

According to Niri Shan, the head of media law at the legal firm Taylor Wessing:
"I have never seen a super-injunction that bans someone from speaking to an MP. One of the fundamental rights that you have as a citizen is that you should be able to speak to your MP, particularly if it relates to matters of public concern. This is the development of privacy law through the courts as opposed to Parliament legislating on it. It is deeply concerning, and undermines freedom of speech."
The hyperinjunction was disclosed in Parliament in March 2011 by British MP John Hemming, who would 2 months later disclose Ryan Griggs’ identity.  Hemmings disclosed the hyperinjunction when he learned that an individual who had  suffered adverse health effects from drinking the poisoned water had received a 2 week suspended prison sentence for breaching the hyeprinjunction.   What had the individual done?  He or she (the gender is not known) had simply consulted a lawyer about whether the lawyer would take on the case on a no win/no fee basis.