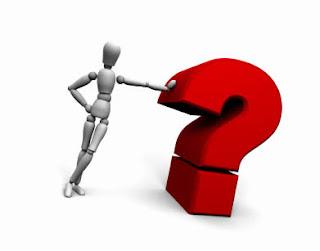 Byter George from Western Australia sent me an email asking where the expression “that old chestnut” came from, then gently took me to task yesterday for not having answered it.  In truth, I had forgotten to answer it although I had looked up its origin when I received the original request. Sorry George.


Origins of expressions are interesting.  The circumstances are well known at the time but are forgotten with the passing of the years, leaving only the expression surviving and puzzlement as to how it originated.  The same process applies to the construction of the pyramids, Stonehenge, Machu Picchu and the Easter Island statues.


According to the Oxford English Dictionary, an old chestnut is a story that has been told before, a 'venerable' joke. Hence, in extended use, it means anything trite, stale, or too often repeated.


The origin of the use of the word “chestnut” in the above context is not clear.  One likely  explanation has been offered and, although some have doubted its reliability, the Oxford English Dictionary has classed the explanation as “plausible”.


The story goes that a popular play in the 19th century was “The Broken Sword” by William Dimond.  It was first performed in London in 1816 and was subtitled “A Melo-Drama in 2 Acts”.  Its popularity saw it revived in the decades that followed its first run, as well as touring.
The play has two characters, Captain Zavier and Pablo.  When Zavier is extolling his own exploits, the following exchange takes place:


Captain Zavier:  "I entered the woods of Colloway, when suddenly from the thick boughs of a cork tree..."


Pablo: "A chestnut.  I should know as well as you, having heard you tell the tale 27 times."


The story does not end there.  An 1896 report in an American newspaper records that William Warren, an actor who had often performed the role of Pablo, was at a dinner when one of the men present told a tired, well worn joke.  Warren murmured “'A chestnut.  I have heard you tell the tale 27 times.”  The others present repeated the story and the use of the expression, resulting in widespread adoption.


Some have queried why it does not appear in print earlier but it seems a reasonable explanation.


Eric Partridge in Origins (1983 edition) says the probable origin is eating roasted chestnuts at the fireside while listening to old stories.

A group of chess enthusiasts checked into a hotel and were standing in the lobby discussing their recent tournament victories. After about an hour, the manager came out of the office and asked them to disperse. "But why," they asked.  "Because", he said, "I can't stand chess-nuts boasting in an open foyer."

In looking up the origin of “that old chestnut” I also came across the phrase “to pull his chestnuts out of the fire”.


It derives from a 16th century fable entitled The Monkey and the Cat.  A monkey and a cat are roasting chestnuts in a hearth.  The monkey persuades the cat to let the monkey remove the roasted chestnuts from the fire and embers by using the cat’s paw, promising the cat a share for obliging.  As the cat scoops them from the fire, one by one, burning its paw more and more, the monkey eats all the chestnuts.  They are disturbed by a maid entering and the cat ends up with nothing except burned paws. 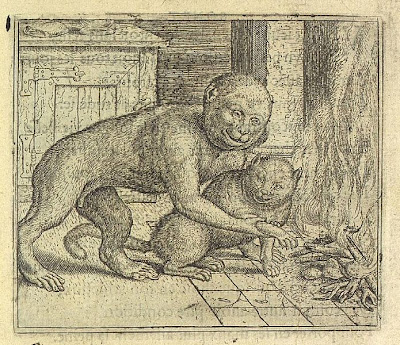 1567 illustration of the above fable by Marcus Gheeraert the Elder 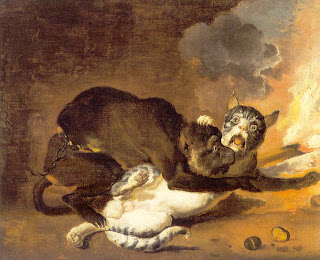 The Monkey and the Cat, 1670, by Abraham Hondius


The fable has given rise to two expressions:

·         A person who is tricked into doing something dangerous or foolish for someone else is a cat's-paw.