--------oOo-------
As you recover from the New Year’s Eve celebrations here in Oz, or have taken a low key approach as Australia battles crippling drought and bushfires, or if you are overseas and are still in 2019, here is an interesting New Year story sent to me by Graham E.  Thanks Graham.
From the outset, I will point out that snopes.com, the authoritative site that looks into the truth or otherwise of myths, legends and stories, classifies this story as “Unproven”.  The bottom line for snopes is that it could have happened but probably didn’t.  The last sentence of the snopes review is “The story is still interesting as a hypothetical ‘what could have happened’ and provides great teachable moments even if the actual event never occurred.”
https://www.snopes.com/fact-check/ss-warrimoo/
--------oOo-------
SS Warrimoo: The Ship That Missed New Year’s Eve But Gained Two Centuries
SS Warrimoo was an Australian/New Zealand passenger ship, launched in 1892.
It briefly plied the Australia-New Zealand route before it was switched to providing service between Canada and Australia. The ship was converted to a troop transport with the onset of World War I in 1914, a role it maintained until May of 1918, when it sank after colliding with the French warship Catapulte. 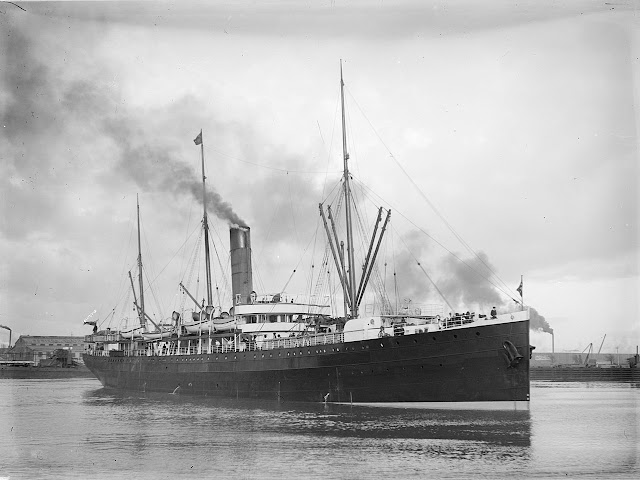 SS Warrimoo is best remembered for allegedly crossing the intersection of the International Date Line and the Equator precisely at the turn of the year from 1899 to 1900, thereby simultaneously existing in two different hemispheres and two different centuries.
The story circulated as early as 1942, the following being the original Canadian newspaper article:

In Two Places, Two Centuries, At One Time

Can a ship be in two places at the same time?

Under certain conditions the answer is “yes”.

Captain John Duthie Sydney Phillips was the shipmaster who managed this unusual feat of navigation.

For some 15 years Skipper Phillips commanded liners on the Vancouver-Australia run.

Now a resident of Sydney, Captain Phillips has been looking through his old log books and he has produced the record of a remarkable incident.

It deals with the international date line which puzzles passengers. They turn in at night and find on waking that they have lost a day.

The line bisects the equator between the Ellice and Phoenix islands and it was there that Captain Phillips put his ship in two places at once.

He was in command of the Warrimoo bound from Vancouver to Brisbane. Early on December 30, 1899, his second-in-command, now Captain F. J. Bayldon, pointed out that if he cared to alter the ship’s course a degree or two and suitably adjust her speed, she could cross the 180th meridian where it intersected the equator exactly at 12 midnight.

This prankish idea appealed to Captain Phillips and the necessary orders were given. Five experienced navigators took careful observations of the sun when it was visible and of the stars at night. The ship’s position was checked every three hours and she reached the appointed spot at the appointed time.

And here is what happened:
The bows of the Warrimoo were in the southern hemisphere but her stern was in the northern hemisphere.
One side of her was in the western hemisphere, the other in the eastern hemisphere.
Passengers and crew in the forward part of the ship were living in Monday, January 1, 1900.
Passengers and crew in the after part were still in Saturday. December 30, 1899, having “lost a day”.
Those forward were in a new century. Those aft were in the old century.
And those aboard were the first people on earth to hail the new century and the last to bid the old century farewell.

The story was popularised by John Euller in the magazine Ships and the Sea in 1953. A commonly circulated version is as follows:

The passenger steamer SS Warrimoo was quietly knifing its way through the waters of the mid-Pacific on its way from Vancouver to Australia. The navigator had just finished working out a star fix and brought Captain John DS. Phillips, the result. The Warrimoo’s position was LAT 0º 31′ N and LONG 179 30′ W. The date was 31 December 1899. “Know what this means?” First Mate Payton broke in, “We’re only a few miles from the intersection of the Equator and the International Date Line”. Captain Phillips was prankish enough to take full advantage of the opportunity for achieving the navigational freak of a lifetime.

He called his navigators to the bridge to check & double check the ship’s position. He changed course slightly so as to bear directly on his mark. Then he adjusted the engine speed. 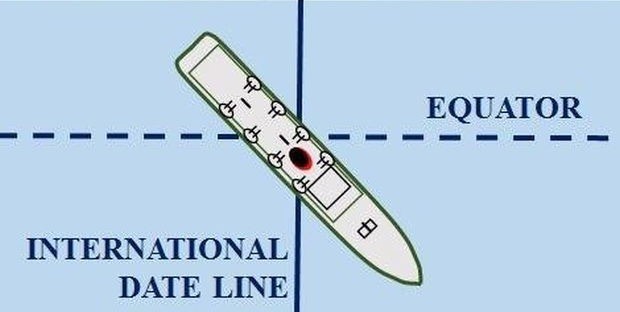 The calm weather & clear night worked in his favour. At mid-night the SS Warrimoo lay on the Equator at exactly the point where it crossed the International Date Line!

--------oOo-------
Some accounts state that the ship was actually in 4 hemispheres by also being in the eastern and western hemispheres.
Technically the new century would have begun on 1 January 1901 but let’s not quibble.
--------oOo-------
True?
A contemporaneous newspaper report states that on this trip the Warrimoo crossed the equator earlier, on 30 Dec 1899: 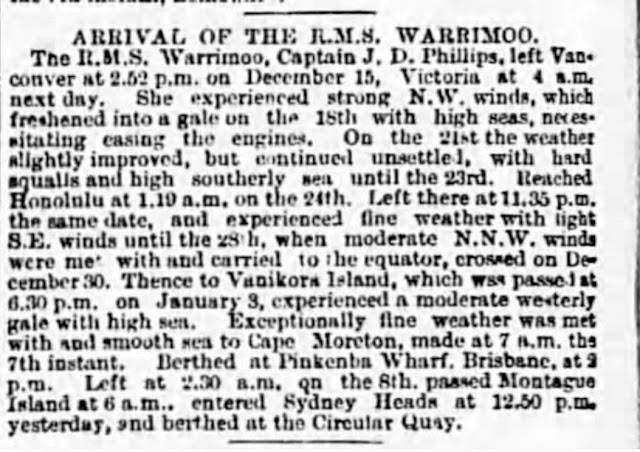 It is therefore known that the SS Warrimoo was in the right location at that that time.
Nonetheless, snopes expresses scepticism by reason of the following:


Still, it would be nice to think that it did. 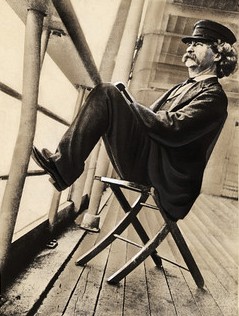 In 1895, Mark Twain was travelling to Australia aboard the S.S. Warrimoo. In dire financial difficulties, he was embarking on an around the world speaking tour during which he also wrote ‘Following the Equator,’ his account of the journey. In it, he notes the moment the ship crossed the equator:

A sailor explained to a young girl that the ship’s speed is poor because we are climbing up the bulge toward the center of the globe; but that when we should once get over, at the equator, and start down-hill, we should fly.

Afternoon. Crossed the equator. In the distance it looked like a blue ribbon stretched across the ocean. Several passengers kodak’d it.

While we were crossing the 180th meridian it was Sunday in the stern of the ship where my family were, and Tuesday in the bow where I was. They were there eating the half of a fresh apple on the 8th, and I was at the same time eating the other half of it on the 10th–and I could notice how stale it was, already. The family were the same age that they were when I had left them five minutes before, but I was a day older now than I was then. The day they were living in stretched behind them half way round the globe, across the Pacific Ocean and America and Europe; the day I was living in stretched in front of me around the other half to meet it.

Along about the moment that we were crossing the Great Meridian a child was born in the steerage, and now there is no way to tell which day it was born on. The nurse thinks it was Sunday, the surgeon thinks it was Tuesday. The child will never know its own birthday. It will always be choosing first one and then the other, and will never be able to make up its mind permanently. This will breed vacillation and uncertainty in its opinions about religion, and politics, and business, and sweethearts, and everything, and will undermine its principles, and rot them away, and make the poor thing characterless, and its success in life impossible.

Posted by BytesMaster at 3:33 AM