Back at end November 2019, Troy Gerdes, from Armidale in the NSW Northern Tablelands, posted a poem about the Australian bushfires on Facebook at:
https://www.facebook.com/troy.gerdes.3

It is in the tradition of the Australian bush poets.

Since his posting the fires have worsened and extended over a much wider area, with 28 fatalities and many homes and businesses lost.

Troy has had cups made with the poem printed thereon, profits from sales going to the RFS. Onya Troy.

I love this land Australia, it’s coursing through my veins,
But I’ve gotta tell ya mate, I like it better when it rains.
The countryside is dying and there’s just no end in sight, and just to rub salt in the wounds, the bush has caught alight.
The landscape is on fire from Brisbane to the Gong
And everybody’s asking “Where the hell did we go wrong?”
But we can get through this one if we help each other out, take care of your neighbour , that’s what Aussies are about.
The rain is going to fall again , the good times will return. But living in Australia means at times it’s going to burn.
So if you need a helping hand, just give a mate a call. We’re all here to help you out and catch you when you fall.
The RFS, the SES, the Fireys, and police, all put their lives upon the line to help to keep the peace.
So hats off to these heroes and thanks for all you do
And I hope when this is over we can make it up to you!

I met with a client, Peter, yesterday.  I have known him for many years and I had called him last year.  This was part of our conversation yesterday:

Peter: I tried to get back to you when you rang me.
Myself: I was told you were fighting fires so I let it go, that was more important.
Peter: Yeah, I’m with the RFS. This is my first week not fighting the fires.
Myself: How long have you been going?
Peter: When did you call me?
Myself: 19th December.
Peter: From a week before that. 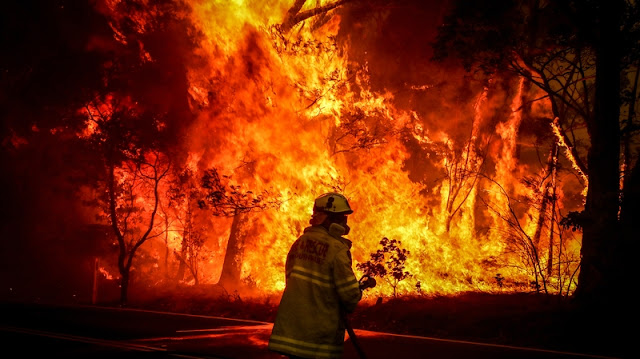 What I wasn’t aware of is that the RFS volunteers get moved around to where they are needed.  Peter has been fighting at Batemans Bay and various other places, far away from where he is based as part of his volunteer group. 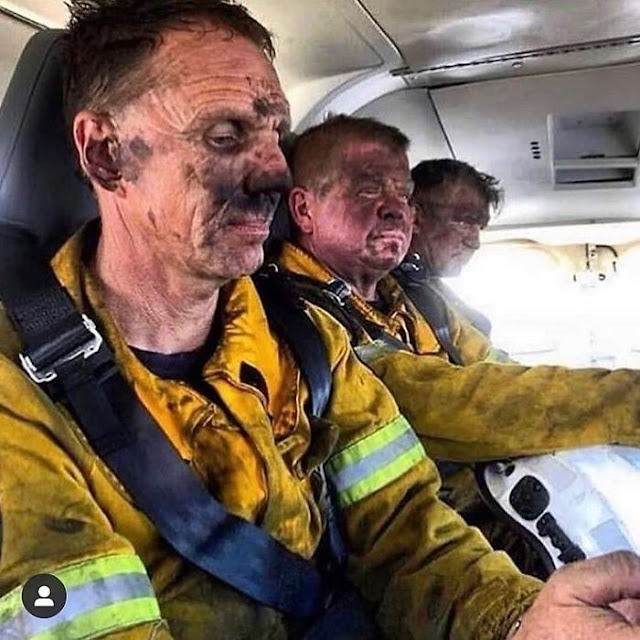 Heroes, all of them . . .  each and every person fighting, assisting and supporting.  Onya people.