-------oOo-------
The quotation that “It’s easier to fool people than to convince them that they have been fooled” is often attributed to Mark Twain.
According to snopes.com there is no evidence that he actually said this, although he did write “How easy it is to make people believe a lie, and [how] hard it is to undo that work again!”
https://www.snopes.com/fact-check/did-mark-twain-say-its-easier-to-fool-people-than-to-convince-them-that-they-have-been-fooled/
I was put in mind of this (and upon the current election fraud allegations in the US) upon reading about an incident which took place in 1749 in England.
John Montagu, 2nd Duke of Montagu, entered into a wager with the 4th Earl of Chesterfield on the gullibility of the public. 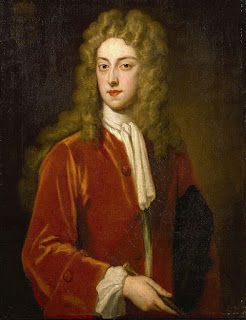 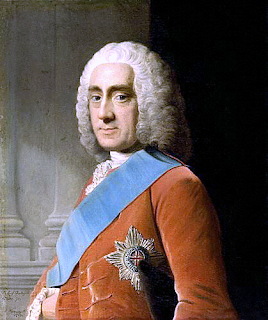 4th Earl of Chesterfield
The following is from a book Romance of London: Strange Stories, Scenes and Remarkable Persons of the Great Town by John Timbs (1801-1875), written in 1865:

The Duke of Montague being in company with some other noblemen, proposed a wager, that let a man advertise to do the most impossible thing in the world, he would find fools enough in London to fill a playhouse, who would think him in earnest. “Surely,” said Lord Chesterfield, “if a man should say that he would jump into a quart bottle, nobody would believe that!” The Duke was somewhat staggered; but for the sake of the jest, determined to make experiment. Accordingly it was advertised that the next day, (Jan. 10, 1749,) a person would, at the Haymarket Theatre, “play on a common walking-cane the music of every instrument then used, to surprising perfection; that he would, on the stage, get into a tavern quart bottle, without equivocation, and while there, sing several songs, and suffer any spectator to handle the bottle; that if any spectator should come masked, he would, if requested, declare who he was; and that, in a private room, he would produce the representation of any person, dead, with which the person requesting it should converse some minutes, as if alive.” The prices of admission were—gallery, 2s; pit, 3s; boxes, 5s; stage, 7s. 6d. 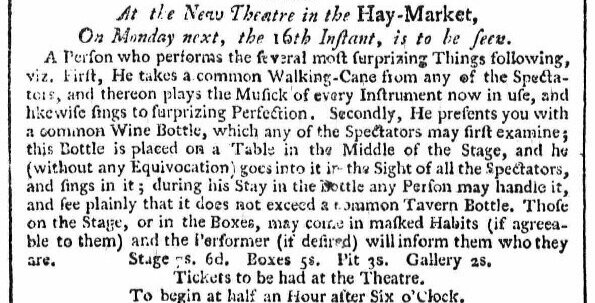 In front of a huge audience, which included the king's second son, the Duke of Cumberland, the theatre lights were brought up at about 7 pm. With no music to keep them entertained, the crowd grew restless and began to voice their discontent. A theatre employee appeared from behind the curtain and told the audience that, if the performer did not appear, their money would be refunded. 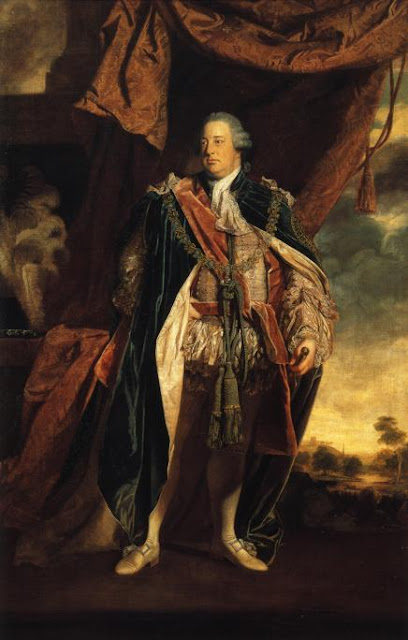 William Augustus, Duke of Cumberland, younger son of George II, who led the British government force which defeated the Jacobite army of Charles Edward Stuart at the Battle of Culloden in 1746
As the crowd grew more restless, someone threw a lighted candle onto the stage. Most of the audience—including the Duke—took this as their cue to leave, some "losing a cloak, others a hat, others a wig, and swords also".
According to accounts at the time, the theatre was utterly destroyed. While most of the audience made a hasty exit . . .

One party, however, staid in the house, in order to demolish the inside, when the mob breaking in, they tore up the benches, broke to pieces the scenes, pulled down the boxes; in short, dismantled the Theatre entirely, carrying away the particulars above mentioned into the street, where they made a mighty bonfire; the curtain being housed on a pole by way of a flag.

While the original advertisement said that ample guards would be on hand, this did not seem to be the case, as:

A large party of guards were sent for, but come time enough only to warm themselves round the fire. We hear of no other disaster than a young nobleman’s chin being hurt, occasioned by his fall into the pit with part of one of the boxes, which he had forced out with his foot.

Suspicion immediately fell upon the theatre's manager, Samuel Foote, for having originated the hoax. 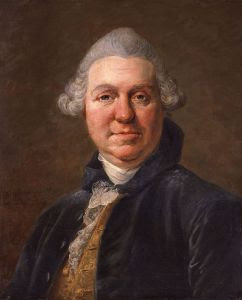 Samuel Foote
Foote claimed he knew nothing about the performance, but that he had warned the theatre's owner, John Potter, that he suspected something was not quite correct. Potter himself fell under suspicion, but was apparently innocent, "a strange man" having dealt with all the arrangements that night.
The "Man in the Bottle" instantly became the target of the newspapers and pamphlets, who published cutting satires about the conjurer's non-appearance, and its consequences. Many satirical prints were produced, among them two caricatures published within the month: The Bottle-Conjuror from Head to Foot, without equivocation, and English Credulity; or ye're all bottled. 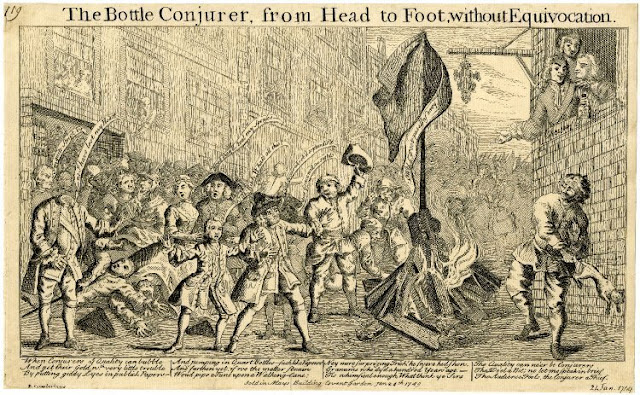 A depiction at the time
One newspaper explained the non-appearance of the conjurer by claiming that he had been ready to perform on the night, but was asked for a private audience beforehand; whereupon receiving a demonstration of the trick, the viewer had "corked up the bottle, whipped it in his pocket and made off."
The "Bottle Conjuror" became a symbol for the gullibility and credulity of the London populace, which was seen as a powerful criticism in the Age of Enlightenment. Performers in London continued to be compared to The Bottle Conjuror for decades to come.