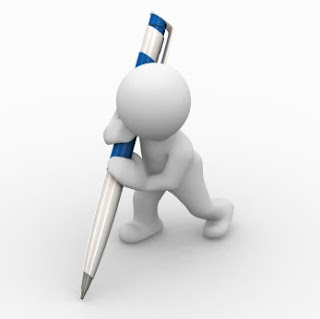 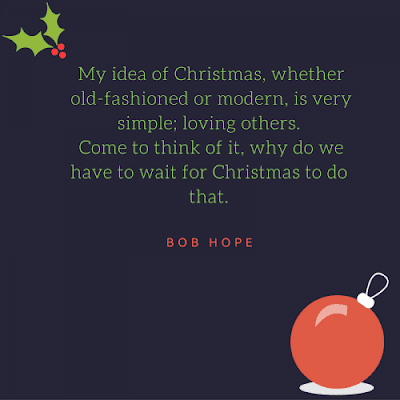 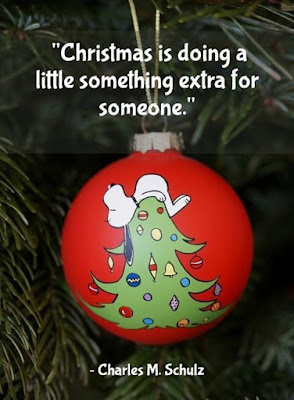 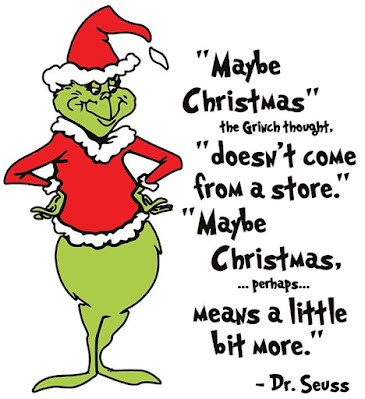 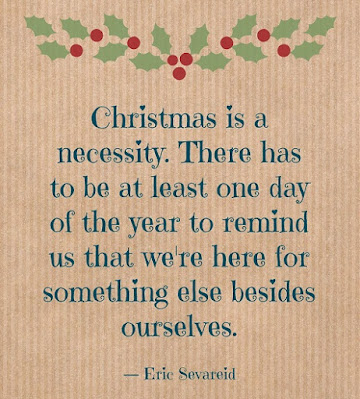 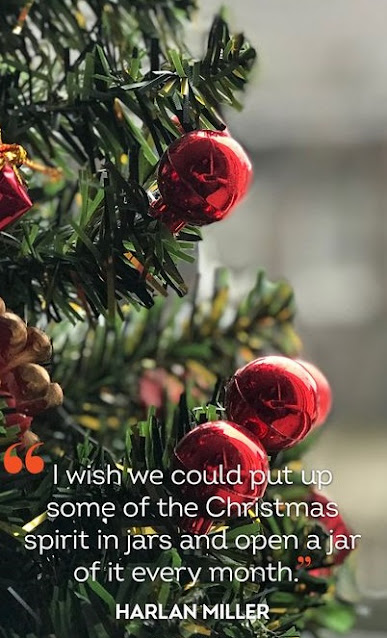 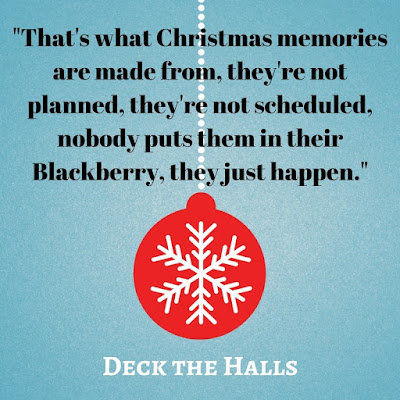 Thanks Graham.
________________
Byter Sue P sent me two links without comment . . .
---oOo---
https://mymodernmet.com/sea-urchin-choi-shine-architects/?fbclid=IwAR2uoPIpcuzVhs0FbER64fCEySrAAkp4-OglRqKRzHl-wMFoA-yp_Ea5Pew
The first link, above, is to an article entitled “Artists Crochet Giant Sea Urchin Installations That Interact with Their Surroundings”. It concerns a crochet sea urchin sculpture created by a Singapore architectural firm for a festival with a theme of sustainability.
Called The Urchins, a series of 3 interactive installations, each 17m/ 56 foot tall work of interactive art symbolises the beauty and diversity of nature. At night the works are spotlit by artificial luminescence, during the day, The Urchins rely on natural light to cast ever-changing shadows. Each suspended sculpture organically moves when touched by the wind or even visitors, who are invited to handle the polyester cords and panels that compose it. Hand-crafting the delicate shells required a team of 50 and took nearly 3 months to complete. They were on display for only 3 weeks. 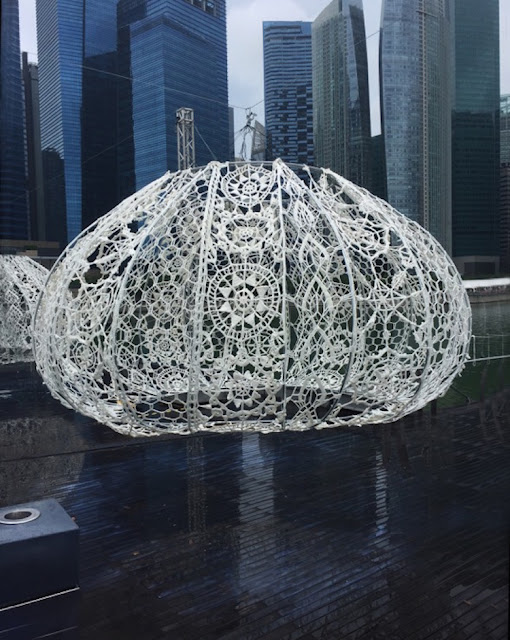 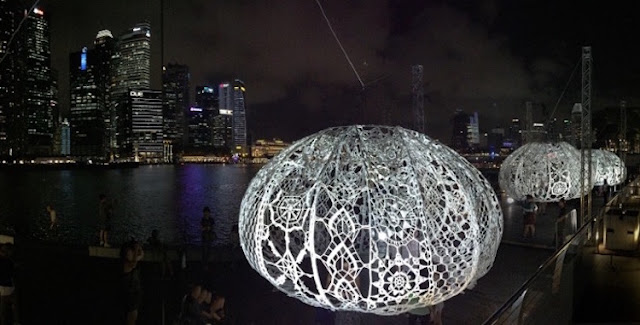 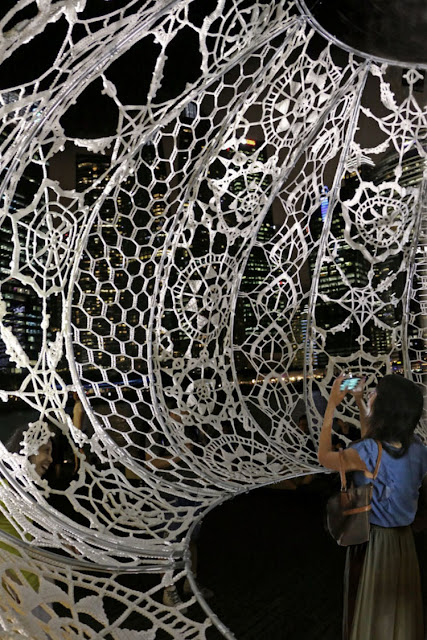 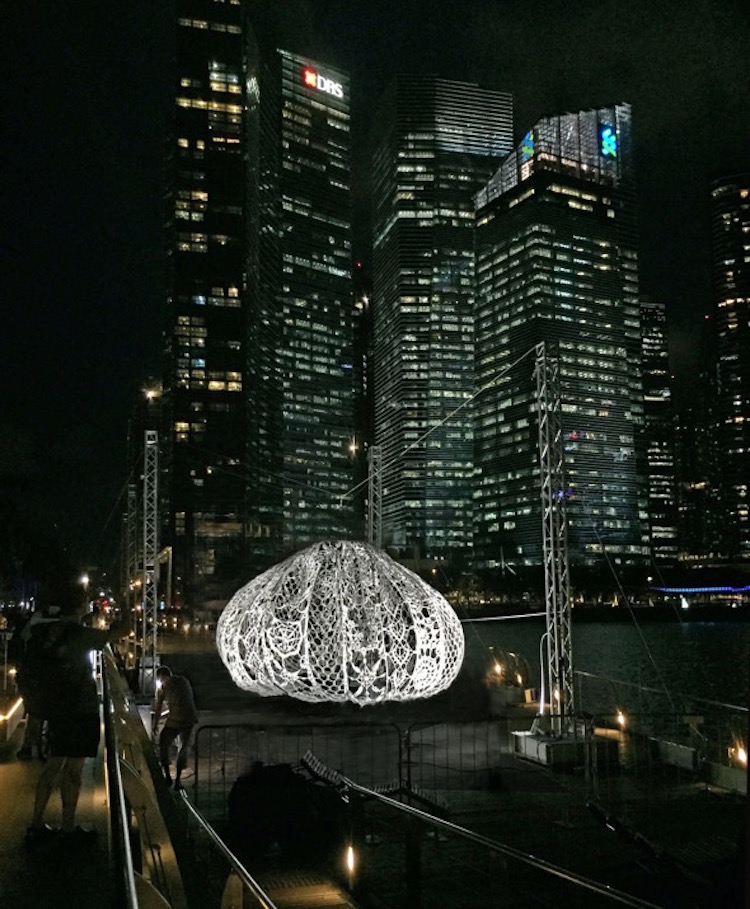 ---oOo---
https://www.google.com/search?q=knitting+lamp+post&client=avg&sxsrf=ALeKk02vzKTjCDt7NYwBTWwopq64HkgtqA:1607209033825&tbm=isch&source=iu&ictx=1&fir=iEv9pbpLtct7bM%252CGZPJN2fet_oBgM%252C_&vet=1&usg=AI4_-kSgwtQZJ77QuqLmWvcjO_-l7i-pfw&sa=X&ved=2ahUKEwj4rqmc-LftAhXd4XMBHdHfDi0Q9QF6BAgMEAE#imgrc=iEv9pbpLtct7bM
Sue’s second link, above, was to a google search for knitting lamp posts. I have previously posted photographs of such activity, which is also known as “yarn bombing” and “guerilla knitting”. Here are some pics. . . 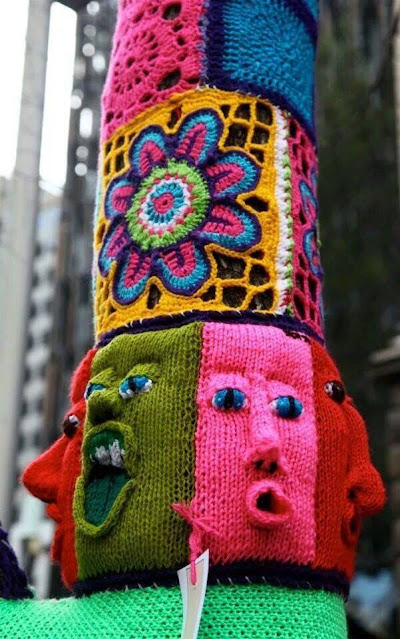 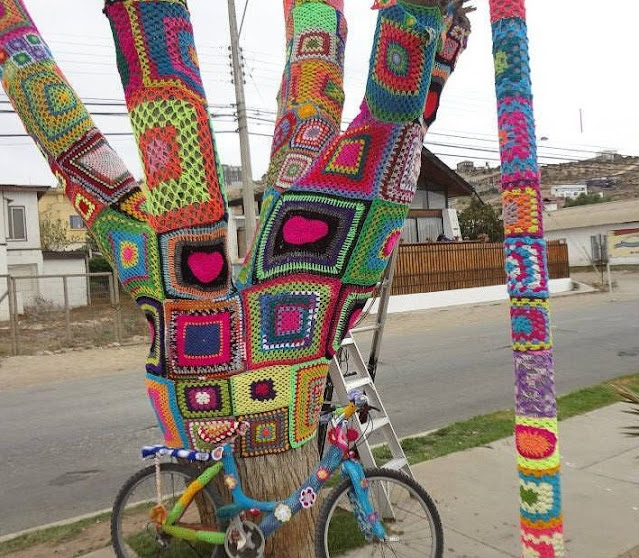 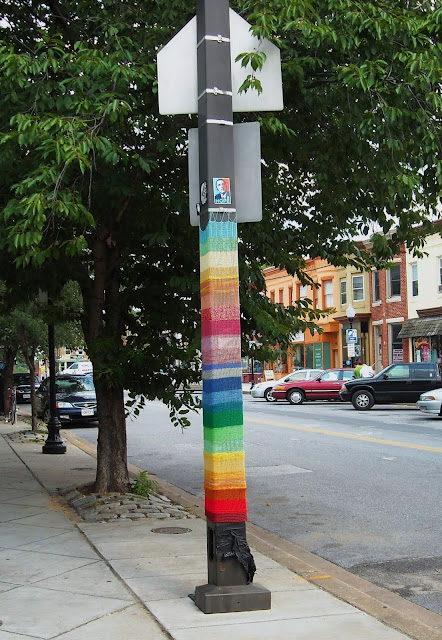 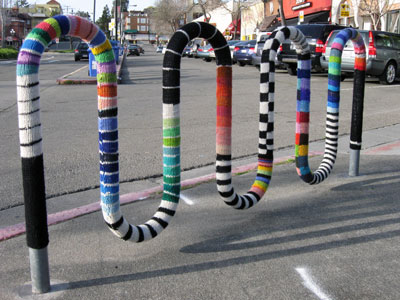 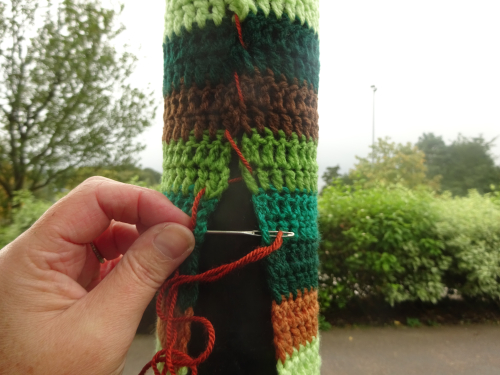 Thanks Sue.
I have previously said that I am not a fan - I prefer my trees au naturel and, as for the rest, once the colours have faded and the stitches become frayed, it just looks ratty.
________________
Brett B sent me a link to an article about a 19th century Australian cultural phenomenon called “Ghost Hoaxing”. Sue P had sent me the same link some time ago and I had intended to do a post on that but became distracted and overlooked it. My apologies.
Thanks Sue, Brett, I will devote a post to that on its own in the near future.
________________
Another email from Graham E:

Hi, De, Ho, eight more days to go. . .
Here’s a link to the ice hotel in Sweden, It includes the first photos of the famous Icehotel for the 2020/2021 season.
https://www.icehotel.com/art-design-gallery 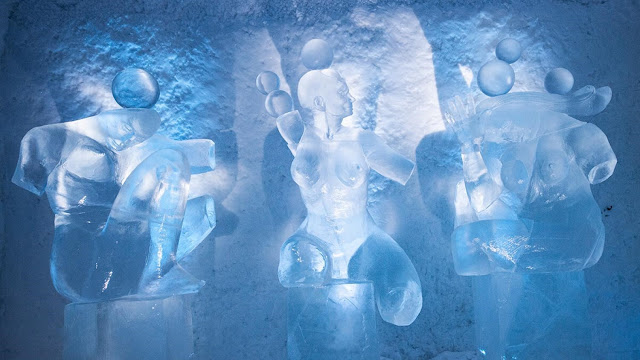 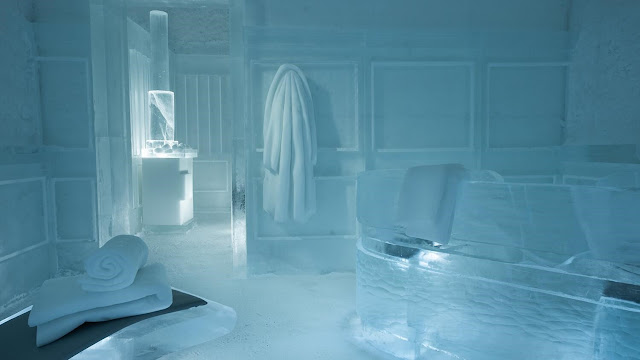 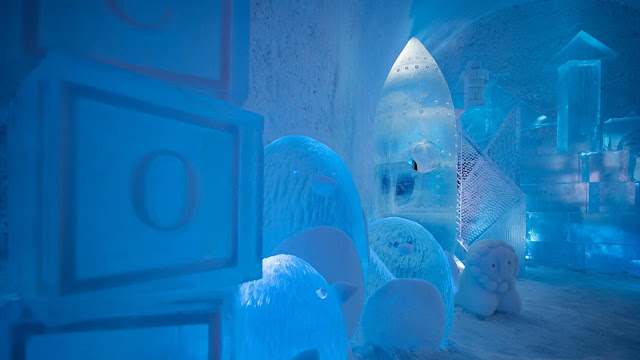 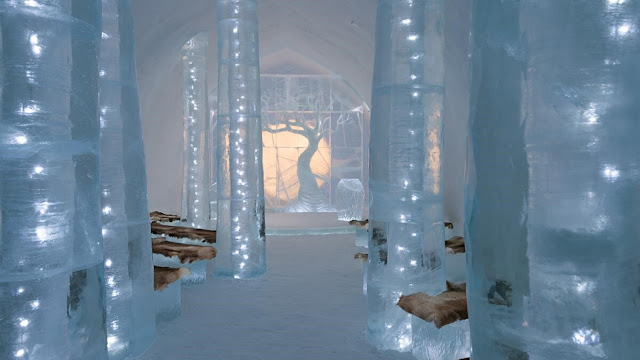 Thanks Mr G.
The following comments are from the Icehotel website, link as above:

Icehotel opened in 1989 and is beside a hotel also an art exhibition with ever-changing art out of ice and snow. Icehotel Winter is created in a new guise every year, completely made out of natural ice from Torne River, one of Sweden’s national rivers and last untouched waters. When the winter hotel has melted back into the river in the spring, Icehotel 365 remains – a place where visitors can experience the ice and snow year-round, with 18 suites of ice and snow.

The Icehotel is a hotel rebuilt each year with snow and ice in the village of Jukkasjärvi, in northern Sweden, about 17 kilometres (11 mi) from Kiruna. It is the world's first ice hotel.
After its first opening in 1990, the hotel has been rebuilt each year from December to April. The hotel, including the chairs and beds, is constructed from snow and ice blocks taken from the nearby Torne River. Artists are invited to create different rooms and decorations made by ice. Besides bedrooms, there is a bar, with glasses made of ice and an ice chapel that is popular with marrying couples. The structure remains below freezing, around −5 °C (23 °F).
The hotel features a bar, church, main hall, reception area, plus about 100 rooms for guests. The hotel also hosts an ice restaurant. The furniture is sculpted blocks of ice in the form of chairs and beds. The thick walls, floor and ceiling are made of ice. Even the beds, the fittings and decoration are carved from ice. No two rooms are the same; the rooms are unique works of art. At the Icehotel the beds are bedded with reindeer furs and people are given special equipment to use while sleeping in the hotel. The guests sleep in polar-tested sleeping bags. There is no heating and the bedroom temperatures are constantly around −5 °C (23 °F). There is no plumbing at the hotel, but there is a sauna that is run on the premises of the Icehotel with hot tub outdoors. The ice suites do not have any bathroom facilities but bathrooms for guests are found in a warm building close by. There is also warm accommodation available next to the hotel.

By the way:
An ice hotel themed on Game of Thrones opened in Finland in 2018. Here is a pic of one of the rooms. 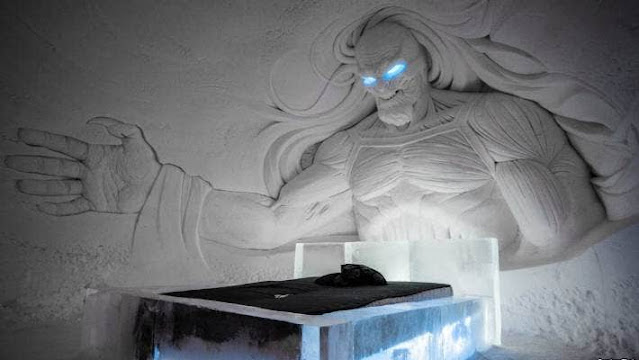 Christmas Cheers to you and your family Otto,
The poem was great, do I dare say you missed your calling? Why, you could have been the poet laureate of Australia. Seriously, thank you for sending out Bytes, I thoroughly enjoy it and know that it is probably a very time consuming endeavor. I’m a die hard conservative and I appreciate your, mostly, unbiased political posts. As you know we are in a runoff here in Georgia and if the demoncrats win the two senate seats I am leaving the country….wait, that’s liberals that were leaving when Trump got elected and they are still here. Oh well,
Otto, I hope you and your family have a great Christmas and New Year’s and 2021 will be very good to you
Tim B

G’day Otto,
I have been stashing away my favourites Bytes this year, and I have just reviewed them in order to produce my top 10. It has been a great Bytes year, and I would like to thank you for yet again providing such an interesting and varied feast! It has been difficult to know what to leave out, but upon review I am happy with my choices. Thanks again my friend.
Here they are in reverse order .... drum roll please....
10. 7 December: Bottle conjurer....very funny
9. 27 April: The Shearer’s wife.... loved the poetry and the old pics.
8. 16 May: Pulitzer and World Press Photos of the Year, continued - 1991.... shocking.
7. 18 November: World War II Photos That Most Have Never Seen, Part 2 ... Great pics
6. 13 February: Hands.... Stunning art
5. 17 February: Sir Archibald Kerr .... Very witty
4. 18 July: Captain Cook.... One of my heroes.
3. 28 November: Ruby Bridges and racism.... Such courage for one so young.
2. 4 October: Master Sanderson .... Bloody funny.
1. 25 June: Lennie & Ginger Mick .... Inspirational.
All the best for the festive season. Hopefully we can catch up after Christmas?
Steve m