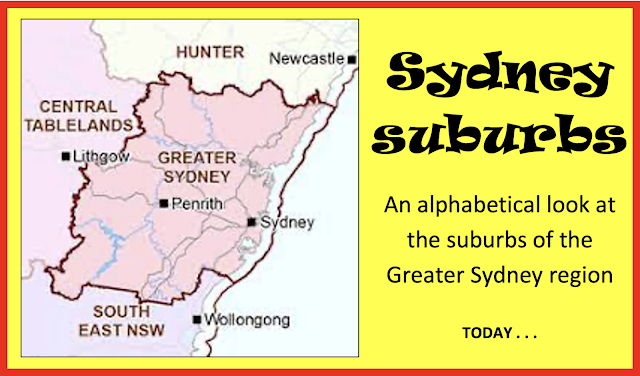 CURRANS HILL:
Location:
Currans Hill is located 60 kilometres south-west of the Sydney CBD in the local government area of Camden Council and is part of the Macarthur region.
Name origin:
The suburb was named after Michael Curran who was a resident of Narellan in the 1880s.
About:
Currans Hill is a residential estate consisting mainly of freestanding houses.
The population of the area as at the latest census of 2006 was 4,977 and many of the residents are young families.
European settlement of Currans Hill started with several land grants in 1811, 1816 and 1831.
By the 1880s Currans Hill was a thriving agricultural community. Rail and tramways made the connection and trade of dairy and crops between Sydney and the Camden area possible. The Camden tram, Pansy, was a popular means of transport for the residents of Currans Hill. Pansy's route, which opened in 1882, ran from Camden to Campbelltown with several suburb stops on the way such as Kirkham, Narellan and Currans Hill. The railway line was eventually closed in 1963 by New South Wales Railways.
In 1944 the renowned Australian filmmaker Charles Chauvel transformed rural Currans Hill 'into a makeshift battleground to film 'The Rats of Tobruk' starring Chips Rafferty and Peter Finch. Currans Hill residents assisted in the construction of the sets. The site of the film set was eventually replaced with a drive-in cinema.
In the 1990s Currans Hill was converted from a farm land area to a residential suburb and subdivided into medium-sized residential lots consisting of public and private housing.
Today there is a recreational lake and a number of large reserves connected with cycleways and walking paths. There is a primary school, a community hall and a corner store. A Christian high school and church are also found in the locality.
Gallery: 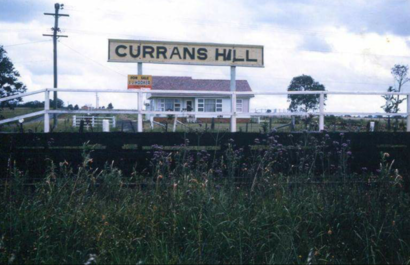 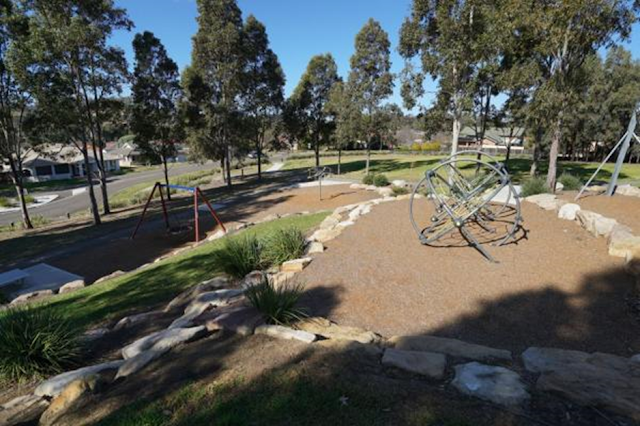 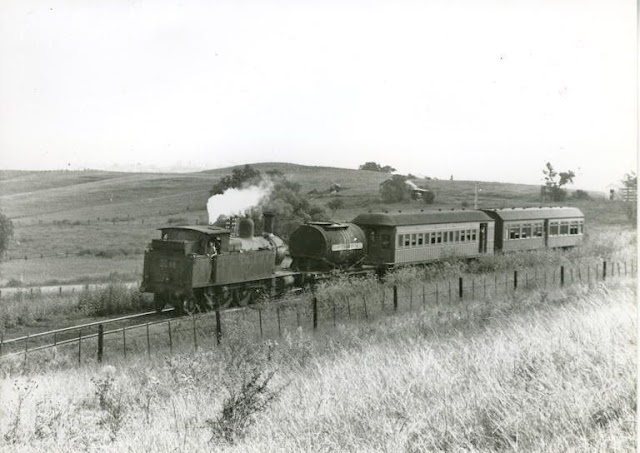 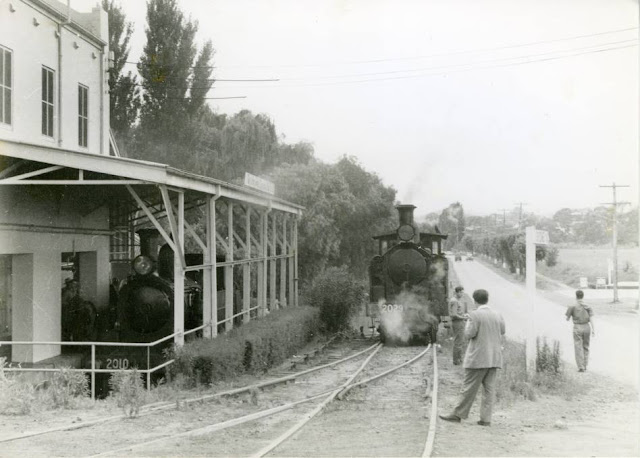 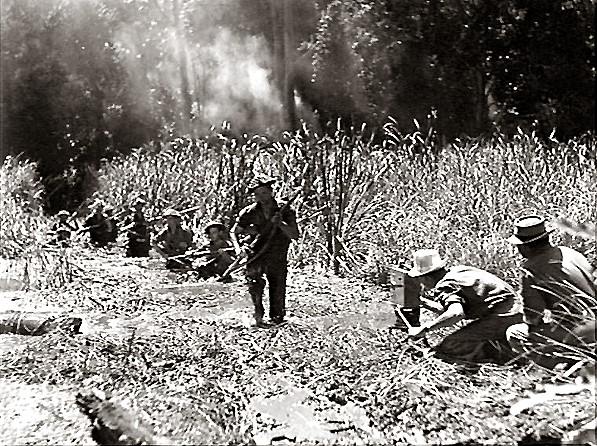 Filming The Rats of Tobruk
By the way:
The Rats of Tobruk were soldiers of the Australian-led Allied garrison that held the Libyan port of Tobruk against the Afrika Corps, during the Siege of Tobruk in World War II. The siege started on 11 April 1941 and was relieved on 10 December. The port continued to be held by the Allies until its surrender on 21 June 1942.
The defenders had adopted Tobruk's excellent network of below-ground defensive positions which had been built pre-war by the Italian Army. The propagandist for Germany, William Joyce, better known as "Lord Haw-Haw", began describing the besieged men as living like rats in underground dug-outs and caves. In radio broadcasts, he derisively referred to and addressed the garrison as the "rats of Tobruk". Likewise, the ageing warships that supplied and evacuated Tobruk were also denigrated by German propaganda as "scrap iron". The ships became known affectionately to the garrison as the "Scrap Iron Flotilla" and the "Tobruk ferry service".
Australians reclaimed the name as a badge of pride, even going so far as to strike their own unofficial medal bearing the likeness of a rat. The metal used to make the medals came from a German bomber that the Rats had shot down with captured German guns. 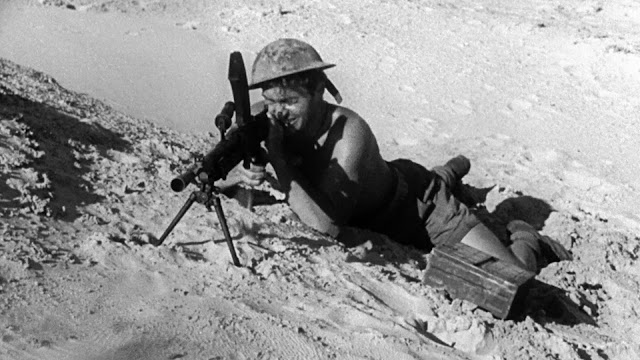 An image from the film 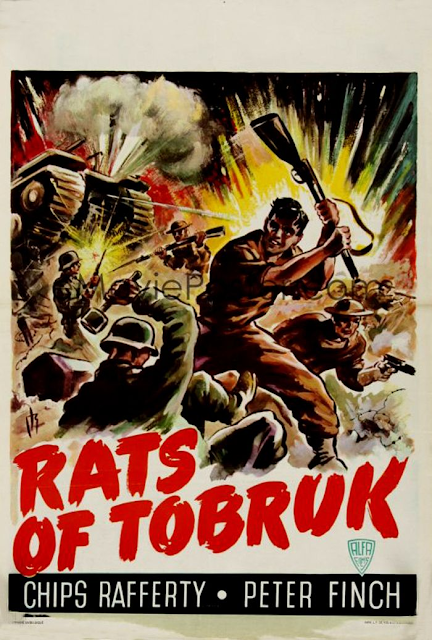 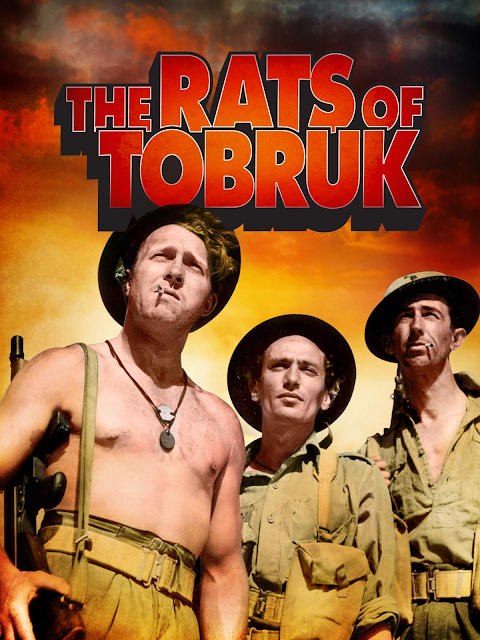 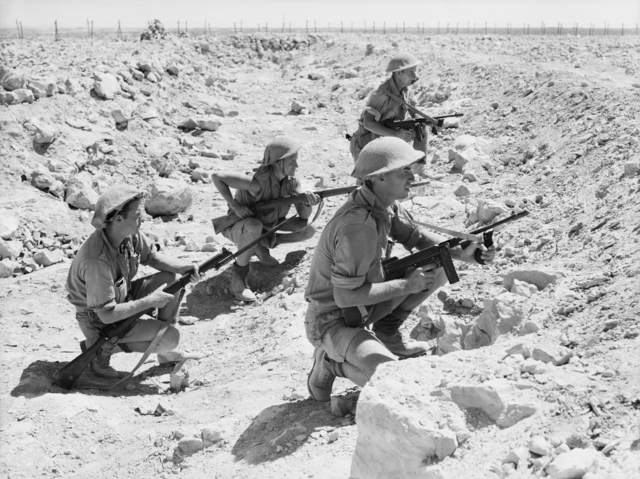 A patrol from the 2/13th Infantry Battalion at Tobruk 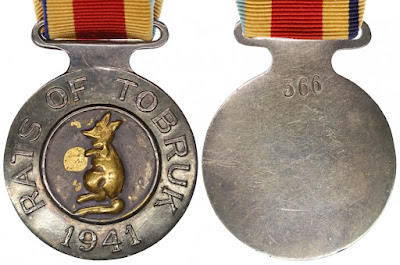 Rats of Tobruk unofficial medal, 1941, made by the Rats themselves.