Some great replies in military contexts... 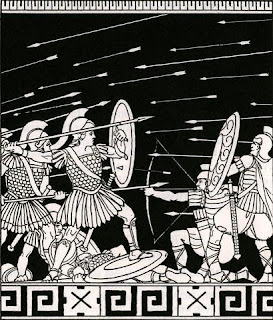 Byters who have watched the movies 300 Spartans and 300 will be familiar with one of the shortest and most defiant responses to a call to surrender, that of Leonidas, leader of the Spartans.  Leonidas defended the pass at Thermopylae, holding it against a much larger Persian army.
Envoys sent by the Persian leader called upon Leonidas to surrender, saying “You are fools to resist. The Persian archers alone are so numerous that their arrows will darken the sun.”
"Then we shall fight in the shade” replied Leonidas. 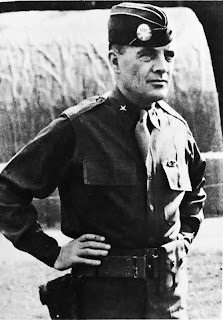 An even shorter reply to a call for surrender in a military conflict is that of General Anthony Clement McAuliffe (1898- 1975).
McAuliffe was in command of the 101st Airborne during the Battle of Bastogne in Belgium during the Battle of the Bulge in World War 2. That battle has been portrayed in the Henry Fonda movie of the same name and in the tele series Band of Brothers, as well as in many other movies.
McAuliffe received the following written call for surrender from the German commander, General Heinrich von Lüttwitz:

To the U.S.A. Commander of the encircled town of Bastogne.
The fortune of war is changing. This time the U.S.A. forces in and near Bastogne have been encircled by strong German armored units. More German armored units have crossed the river Our near Ortheuville, have taken Marche and reached St. Hubert by passing through Hompre-Sibret-Tillet. Libramont is in German hands.
There is only one possibility to save the encircled U.S.A. troops from total annihilation: that is the honorable surrender of the encircled town. In order to think it over a term of two hours will be granted beginning with the presentation of this note.
If this proposal should be rejected one German Artillery Corps and six heavy A. A. Battalions are ready to annihilate the U.S.A. troops in and near Bastogne. The order for firing will be given immediately after this two hours term.
All the serious civilian losses caused by this artillery fire would not correspond with the well-known American humanity.
The German Commander.

To the German Commander

Asked to explain by the Germans what the reply meant, Harper told them that in "plain English" it meant "Go to hell.” 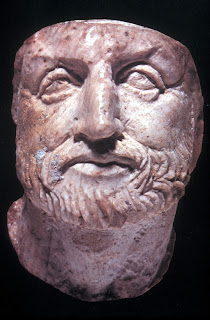 The honour for the shortest reply to a similar demand goes also to the Spartans.
Ancient Greece was divided into city states, the various cities being noted for particular accomplishments and attributes. Just as Athens was known for its culture, learning and philosophy, Sparta was known for its warriors, hard training from an early age, austere lifestyles and its military prowess. That lifestyle has added the word “spartan” to the English language, with various meanings: rigorous self discipline and restraint, frugal and austere, and courage in the face of adversity. It has also added the word “laconic”, meaning concise. For the Spartans, putting thoughts into as few words as possible was an art form, the word “laconic” coming from the fact that the district of which Sparta was the capital city was called Laconia.
In the Fourth Century BC, Phillip of Macedon (above) was conducting war against the Greeks. Having conquered the various city states of Greece, the only one which held out was Sparta. Although Sparta had passed its peak of military might and was in decline, it nonetheless resisted Phillip’s armies, an annoyance to Phillip who did not need to conquer Sparta but who refused to have any undefeated city on his map.
Finally Philip sent a message to Sparta saying "If I enter Laconia, I will raze Sparta to the ground.”
The Spartan response typified both the Spartan military makeup and the laconic reply.

The Spartans sent back a single, terse reply: "If.”

Posted by BytesMaster at 9:42 PM