Not glimpsed by humanity until 1959, the surface of the far side of the Moon has never been visited before. On December 7 this year China launched aLong March 3B rocket that will attempt the first ever soft landing on the lunar far side: Chang’e-4. The craft is expected to make its landing sometime between January 1 and 3. Since initiating its lunar project in the early 2000s, China has advanced rapidly to become the only nation to have soft landed (as opposed to intentionally impacted) anything on the Moon since the Soviet Luna 24 sample-return mission in 1976. After successfully setting down the robotic Chang’e-3 lander and rover on Mare Imbrium in December 2013, China became only the third country to achieve a lunar landing. The success allowed the country to repurpose a backup spacecraft manufactured at the same time for an even more ambitious mission. In 2015, China announced that the spare Chang’e-4 spacecraft, a lander and small rover, would be used for a pioneering mission to land on the far side of the Moon—a feat that has never been attempted due to its complexity.

The mission will include low-frequency radio experiments, taking advantage of the unique radio-quiet far side, investigate interactions of solar wind particles with the lunar surface, conduct geological analysis from the ground and carry out mineralogical studies. There will also be the first lunar biosphere experiment: a canister containing silk worm eggs, potato seeds and Arabidopsis (a flowering plant used widely in space research) will be accompanied by water, air and nutrients for the organisms. Scientists will study the respiration and photosynthesis of the first life to voyage to the surface of the far side. (They could have saved the money by just watching Matt Damon in The Martian). 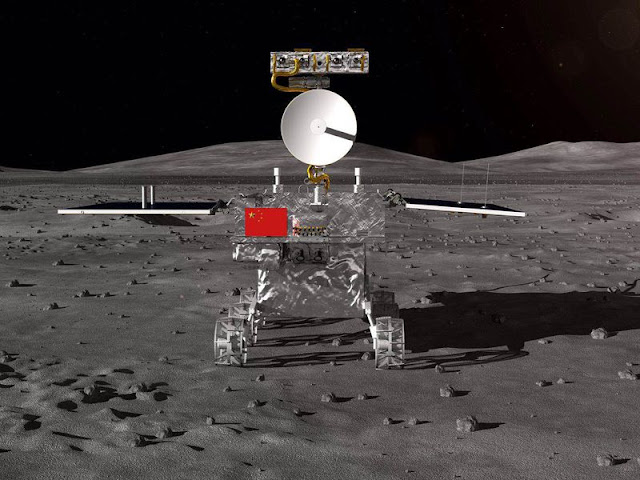 An artist's rendering of the small rover that will be deployed on the far side of the Moon as part of the Chang'e-4 mission. (CNSA)

When the Street Light First Came to London, Disaster Ensued

On December 9, 1868, London became the first city to have a traffic light. Its purpose was to protect pedestrians from carriage traffic and keep the streets outside the House of Parliament from filling with congestion.

Its appearance was quite different from modern day traffic lights: 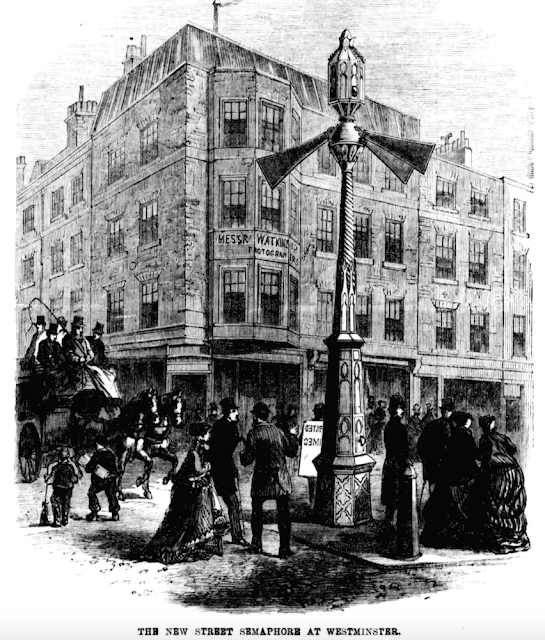 The traffic signal erected in London in 1868, as seen in the Illustrated Times.

To give an idea of what traffic was like in those days, this is a police officer directing traffic in London in the 1890s: 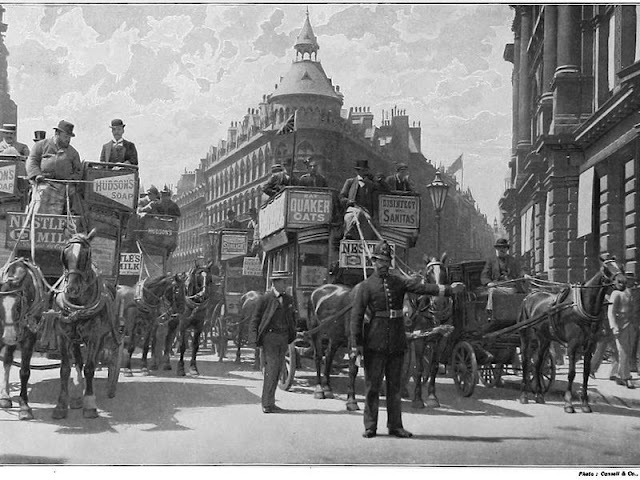 Congestion, accidents, fatalities and gridlocks were common. Lack of traffic regulations compounded the problems. In 1865 railway manager John Peake Knight, who had already introduced safety features for trains, proposed a semaphore signal for streets in London, modeled off the principle already in use on railway lines. A pillar would include two red arms, lowered when traffic could flow freely, held up to alert drivers to stop and let pedestrians cross. The traffic signal would use its semaphore arms during the day, and red and green gas lamps at night, all of it operated by an officer.

Initial use was successful and it served its purpose, but a leaky gas pipe under the pavement allowed the lamp’s hollow tower to fill with gas. The resulting explosions severely burned the face of the constable who had been operating it (some reports claim the man was killed in the explosion). The traffic signal was taken down shortly thereafter and never replaced, possibly due to political inertia or the police commissioner’s retirement.

London continued to struggle with its traffic issue for decades. As the city grew and motor vehicles arrived, so too did a new, electric form of stoplight. By 1925 police-operated traffic signals had returned, and in 1926 the first automated light appeared.

The First Criminal Trial That Used Fingerprints as Evidence

Just after 2 a.m. on the night of September 19, 1910, Clarence Hiller woke to the screams of his wife and daughter in their home at 1837 West 104th Street in Chicago. After a spate of robberies, residents of this South Side neighborhood were already on edge. Hiller, a railroad clerk, raced to confront the intruder. In the ensuing scuffle, the two men fell down the staircase. His daughter, Clarice, later recalled hearing three shots, followed by her mother screaming upstairs. Neighbors came running but the man had fled the home, leaving a dying Hiller by his front door.

The unknown assailant didn’t make it far. Thomas Jennings – an African-American man who had been paroled six weeks earlier - was stopped a half-mile away wearing a torn and bloodied coat and carrying a revolver. But it was what he left behind that would be the focal point of his trial—a fingerprint from a freshly painted railing that he used to hoist himself through a window at the Hiller house. Police photographed and cut off the railing itself, claiming it would prove the identity of the burglar. In the eyes of the court, they were right; Hiller’s murder would lead to the first conviction using fingerprint evidence in a criminal trial in the United States. At times controversial, this method of solving cases endures more than a century later.

Not only has fingerprinting had staying power in the legal system, the underlying method is fundamentally the same as when it was first introduced to American police departments. Prints are still evaluated based on the same descriptions of arches, loops and whorls written by Sir Francis Galton in the late 19th century. Further, the basic technique of collecting and comparing remains remarkably similar to what was applied to that rudimentary set of prints discovered at the Hiller home. 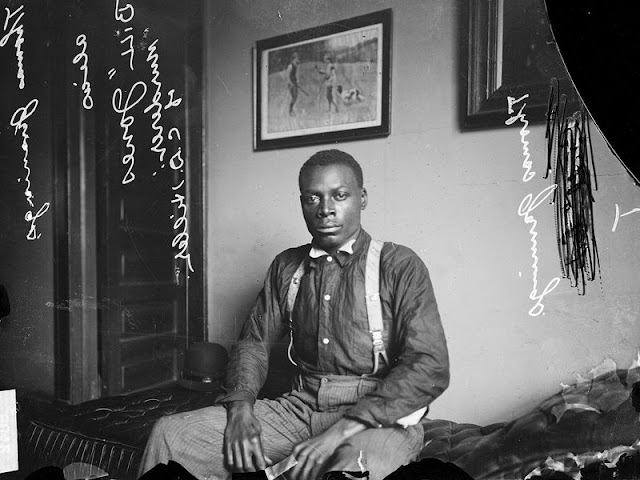 Jennings’ defense attorneys raised questions about this new—and little understood—technique, as well as whether such evidence could even be legally introduced in court (the first time it was used in Britain, they claimed, a special law was needed to make such evidence legal). The defense team even solicited prints from the public in an effort to find a match and disprove the theory that fingerprints were never repeated. A courtroom demonstration, however, backfired badly: Defense attorney W.G Anderson’s print was clearly visible after he challenged experts to lift the impression from a piece of paper that he had touched.

This made a distinct impression on the jury as well; they voted unanimously to convict Jennings, who was sentenced to hang. The Decatur Herald called it “the first conviction on finger-printing evidence in the history of this country,” adding with dramatic flourish that “the murderer of Hiller wrote his signature when he rested his hand upon the freshly painted railing at the Hiller home.”

After Jennings’ conviction, however, lawyers mounted a challenge to the notion that such a newfangled and little-understood technique could be admitted in court. After more than a year in the appeals process, on December 21, 1911, the Illinois Supreme Court upheld the conviction in the People v. Jennings, affirming his sentence would be carried out soon after. They cited prior cases in Britain and published studies on the subject to lend credibility to fingerprinting. Several witnesses in the Jennings trial, it pointed out, had been trained by the venerable Scotland Yard. “This method of identification is in such general and common use that the courts cannot refuse to take judicial cognizance of it,” the ruling stated.

Posted by BytesMaster at 2:25 AM