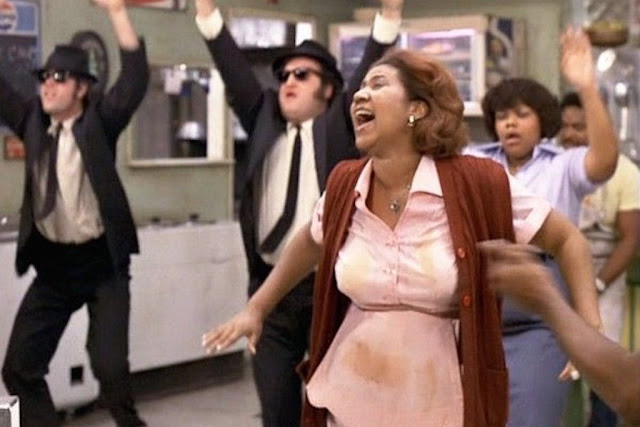 Franklin began her career as a child singing gospel at New Bethel Baptist Church in Detroit, Michigan, where her father C. L. Franklin was minister. At the age of 18, she embarked on a secular career recording for Columbia Records. However, she achieved only modest success. She found acclaim and commercial success after signing with Atlantic Records in 1966. Hit songs such as "Respect", "Chain of Fools", "Think", "(You Make Me Feel Like) A Natural Woman", "I Never Loved a Man (The Way I Love You)", and "I Say a Little Prayer", propelled her past her musical peers. By the end of the 1960s, Aretha Franklin had come to be known as "The Queen of Soul".

Franklin recorded 112 charted singles on Billboard, including 77 Hot 100 entries, 17 top-ten pop singles, 100 R&BFranklin received numerous honors throughout her career, including a 1987 induction into the Rock and Roll Hall of Fame as the first female performer to be inducted, the National Medal of Arts, and the Presidential Medal of Freedom. entries, and 20 number-one R&B singles, becoming the most charted female artist in history.

Franklin died at her home on August 16, 2018, aged 76. The cause of death was pancreatic neuroendocrine tumor (pNET).

According to TMZ, Aretha Franklin’s estate reportedly owes $6.3 million in unpaid taxes and $1.5 million in penalties attributed to the late legendary singer from 2012 to 2018. The huge tax bill comes from several audits over the past six years. But an attorney for the Franklin estate says the estate has already paid the IRS at least $3 million in back taxes.

Bill Clinton spoke at her funeral:

Former President Bill Clinton spoke of the last time he saw the singer, who sang at his 1993 inauguration. It was the very last public signing performance Franklin gave at Elton John's AIDS benefit in New York last November at Harlem's Cathedral of St. John's the Divine.

"Because Aretha's the talent so I showed up a little early. I was like a grade school kid. She heard I was there and summoned me to the back," began Clinton.

"And she's sitting there, obviously desperately ill, gaunt. She stood right up and said, 'How are you doing, baby?' I said, 'I'm doing better now.' And she said, 'Well look at me. I finally got thin again.'“

And then she went out into this setting and in front of all these people who loved her…She sang not one song, not two songs, not three songs, she had them bring a chair out. She sang for 45 straight minutes.” 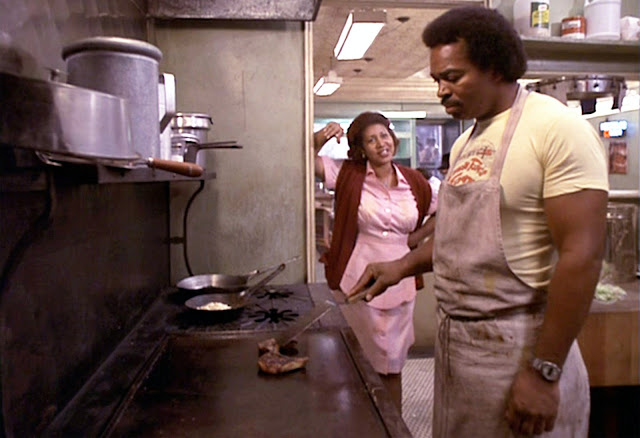 Murphy was associated with Memphis Slim, The Blues Brothers and Howlin' Wolf. Those who love the Blues Bros films will remember the number he did with Arethra Franklin in the first film, “Think”. 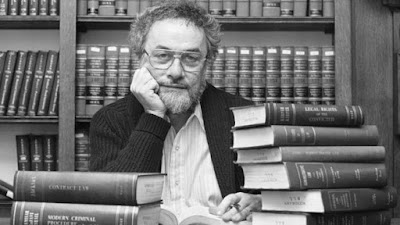 Cronauer said he loved the movie, but he said much of the film was Hollywood make-believe. Robin Williams’s portrayal of a fast-talking, nonconformist, yuk-it-up disc jockey sometimes gave people the wrong impression of the man who inspired the film.

“Yes, I did try to make it sound more like a stateside station,” he told the Associated Press in 1989. “Yes, I did have problems with news censorship. Yes, I was in a restaurant shortly before the Viet Cong hit it. And yes, I did start each program by yelling, ‘Good Morning, Vietnam!”’

The rest is what he delicately called “good script crafting”. 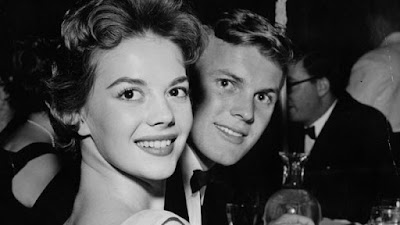 Hunter appeared in over forty films and was a well-known Hollywood star and heartthrob of the 1950s and 1960s, known for his blond, clean-cut good looks.

Three days before his 87th birthday, Hunter passed away. He suffered a cardiac arrest arising from complications related to deep vein thrombosis.

Although Hunter was often photographed on dates with well known and sexy movie stars such as Natalie Wood (see pic above), the stories and the dates were fabricated. Hunter hid his homosexuality and his relationship with actor Anthony Perkins. JJ Abrams is reportedly making a movie about the pair's relationship. 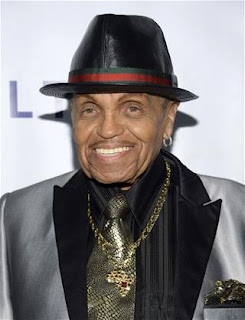 American talent manager and patriarch of the Jackson family of entertainers that includes his children Michael and Janet.

Jackson was inducted into the Rhythm and Blues Music Hall of Fame as a member of the class of 2014.

From an article by Alexis Petridis in The Guardian, in reporting on the death of Joe Jackson:


At the risk of damning a dead man with faint praise, perhaps the best thing you can say about Joe Jackson is that he may not unequivocally be the most tyrannical and monstrous father in pop history. There are other contenders for the title, not least the appalling Murry Wilson, father of the Beach Boys’ Brian, Dennis and Carl, a man whose idea of disciplining his children involved yanking out his glass eye and forcing them to stare into the empty socket and who, in a final act of belittlement stemming from his insane conviction that he was the only real talent in the family, signed away the Beach Boys’ songwriting catalogue in 1969 for $700,000, costing them somewhere in the region of $100m in royalties. An early 1990s court case alleged that Brian Wilson’s signature on the sale documents had been forged.

Even against such stiff competition, Joe Jackson has a shot at the title. A former boxer and failed blues musician, his main skill appeared to be devising innovative ways to make his children’s lives miserable. He constantly added new chapters to a catalogue of physical and mental abuse, that, when it finally came to light in the 1980s, seemed to provide the answer to a number of questions about his son Michael. Once you knew what Michael Jackson’s childhood and early career had been like, the issue wasn’t so much why he was apparently turning so weird but why it hadn’t happened sooner. 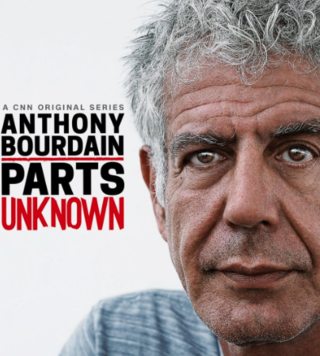 Bourdain starred in programs focusing on the exploration of international culture, cuisine, and the human condition. He was considered one of the most influential chefs in the world.

Though best known for his culinary achievements and television presentations, along with several books on food and cooking and travel adventures, Bourdain also wrote both fiction and historical nonfiction. On June 8, 2018, Bourdain committed suicide by hanging while on location in France for Parts Unknown.

Some of the weirdest delicacies Bourdain has ever consumed include: "Balut" (developing feathered bird embryo boiled and eaten straight from the shell); "Raw Seal Eyeball" (sampled while eating with Inuits in Canada); "Roasted Sheep's Testicles" (consumed in a Moroccan desert); "Bull's Penis & Testicles"; "Hákarl" (heavily ammoniated fermented shark dish); "Cobra Heart" (sliced out of a live snake and eaten while still beating); "Maggot Fried Rice" (self-explanatory); "Warthog Anus" (the worst meal of his life, consumed with a tribe in Namibia), etc. 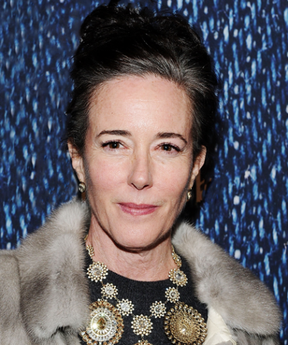 Spade was the founder and former co-owner of the designer brand Kate Spade New York. That doesn’t mean anything to me, I wouldn’t know a Louis Vuitton from a Kate Spade from a Coles enviro-bag, but I imagine my daughter does.

After working in the accessories department at the fashion magazine Mademoiselle, Brosnahan and her husband, Andy Spade, identified a market for quality stylish handbags, and founded Kate Spade New York in 1993. The handbags Spade designed and produced quickly found popularity, owing to their sophistication and affordability, and have been described as a symbol of New York City in the 1990s.

The company expanded into other product lines. In 1999, Spade sold a 56-percent stake in her business to Neiman Marcus Group, and in 2006 sold the rest of her shares. In 2016, Spade and her partners launched a new fashion brand, Frances Valentine.

On June 5, 2018, Spade was found dead in her apartment, her death being ruled a suicide.

The news of Kate Spade unexpected death rocked the fashion world and celebrities alike, but according to her sister, Reta Saffo, it wasn't quite as unexpected.

In an e-mail sent from her home in Santa Fe, New Mexico, Saffo told the Kansas City Star that the famous designer suffered from a debilitating mental illness for the last three or four years and was self-medicating with alcohol. According to Saffo, her family tried to help Spade, but she was resistant because she was concerned with how it would affect her "happy-go-lucky" brand. 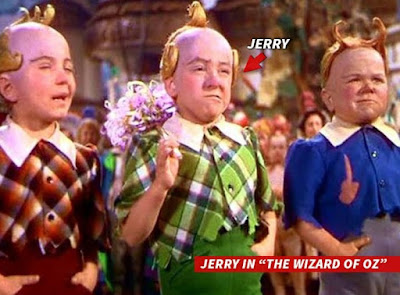 Maren played a Munchkin in the 1939 Metro-Goldwyn-Mayer film, The Wizard of Oz.

He was eighteen/nineteen years old when he shot his scenes for The Wizard of Oz in the latter part of 1938 and early 1939. At that time he stood just three feet six inches (107 cm).

Hormone treatments would allow Maren to grow to a height of four feet six inches (137 cm) later in life. 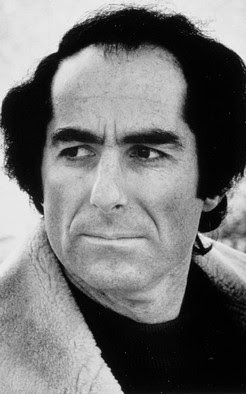 Roth's fiction, regularly set in his birthplace of Newark, New Jersey, is known for its intensely autobiographical character, for philosophically and formally blurring the distinction between reality and fiction, for its "sensual, ingenious style" and for its provocative explorations of American identity.

Roth first gained attention with the 1959 novella Goodbye, Columbus, for which he received the U.S. National Book Award for Fiction. He became one of the most awarded American writers of his generation. His books twice received the National Book Award and the National Book Critics Circle award, and three times the PEN/Faulkner Award. He received a Pulitzer Prize for his 1997 novel American Pastoral, which featured one of his best-known characters, Nathan Zuckerman, a character in many of Roth's novels. The Human Stain (2000), another Zuckerman novel, was awarded the United Kingdom's WH Smith Literary Award for the best book of the year. In 2001, in Prague, Roth received the inaugural Franz Kafka Prize.

The publication in 1969 of his fourth and most controversial novel, Portnoy's Complaint, gave Roth widespread commercial and critical success, causing his profile to rise significantly.

Last weekend my wife, Kate, was suffering the effects of the latest bug that has been going around. All of us in the family have had it and, in some cases, re-had it. I suggested that she take some of the Codral I had left but she declined, saying “I tried it once and it gave me palpitations.”

In the interest of domestic harmony I will draw no further comparisons between Kate and Sophie Portnoy and will simply present the extract . . .


Even in the Chinese restaurant, where the Lord has lifted the ban on pork dishes for the obedient children of Israel, the eating of lobster Cantonese is considered by God (Whose mouthpiece on earth, in matters pertaining to food, is my Mom) to be totally out of the question. Why we can eat pig on Pell Street and not at home is because . . . frankly I still haven't got the whole thing figured out, but at the time I believe it has largely to do with the fact that the elderly man who owns the place, and whom amongst ourselves we call Shmendrick, isn't somebody whose opinion of us we have cause to worry about. Yes, the only people in the world whom it seems to me the Jews are not afraid of are the Chinese. Because, one, the way they speak English makes my father sound like Lord Chesterfield; two, the insides of their heads are just so much fried rice anyway; and three, to them we are not Jews but white-and maybe even Anglo-Saxon. Imagine! No wonder the waiters can't intimidate us. To them we're just some big-nosed variety of WASP! Boy, do we eat! Suddenly even the pig is no threat-though, to be sure, it comes to us so chopped and shredded, and is then set afloat on our plates in such oceans of soy sauce, as to bear no resemblance at all to a pork chop, or a hambone, or, most disgusting of all, a sausage (ucchh! ). .. But why then can't we eat a lobster, too, disguised as something else? Allow my mother a logical explanation. The syllogism, Doctor, as used by Sophie Portnoy. Ready? Why we can't eat lobster. Because it can kill you! Because I ate it once, and I nearly died!

Posted by BytesMaster at 1:20 AM