What would you say was Australia’s first press photograph? Scenery? A politician? An animal?
The answer is: none of the above.
Taken by J W Lindt in 1880, it is a photograph of bushranger Joe Byrne, strung up on a door outside the jail house in Benalla, Victoria. Byrne is displayed for an unknown photographer and the painter Julian Ashton who is standing to the left with possibly a sketchbook under his arm. Lindt’s photograph captures not only the spectacle of Byrne’s body but the contingent of documentarians who arrived from Melbourne to record and widely disseminate the event for public edification. 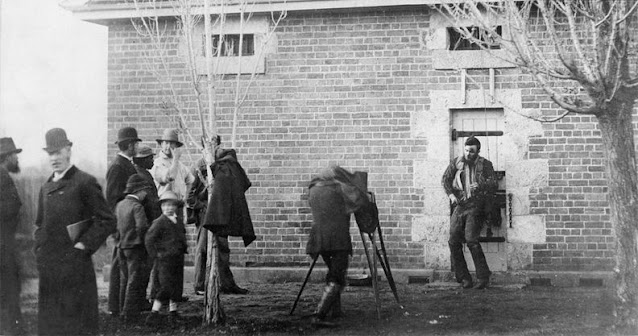 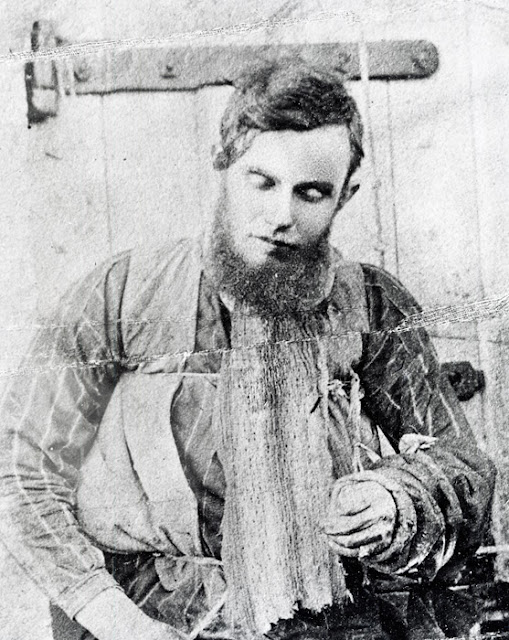 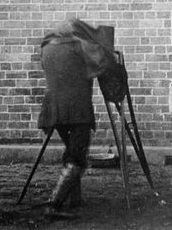 Some even took their children . . .

Byrne (1856 – 1880)[1] was a member of the "Kelly Gang", led by Ned Kelly, who were declared outlaws after the murder of three policemen at Stringybark Creek. Despite wearing the improvised body armour for which Ned Kelly and his gang are now famous (and which he is reputed to have designed), Byrne received a fatal gunshot wound from a stray bullet during the gang's final violent confrontation with police at Glenrowan, in June 1880. The bullet severed his femoral artery and he died from loss of blood.
Eyewitnesses at the hotel claimed that a moment before the bullet struck Joe Byrne dead, he offered the toast "Here's to the bold Kelly Gang!". Another report states that he said "Many more years in the bush for the Kelly Gang!".
The day after his death his body was hung on the door of the lock-up at Benalla and photographed by the press. His family did not claim the body, and the police refused to hand it over to sympathisers, fearing a funeral would become a rallying point for the simmering rebellion.
Gallery: 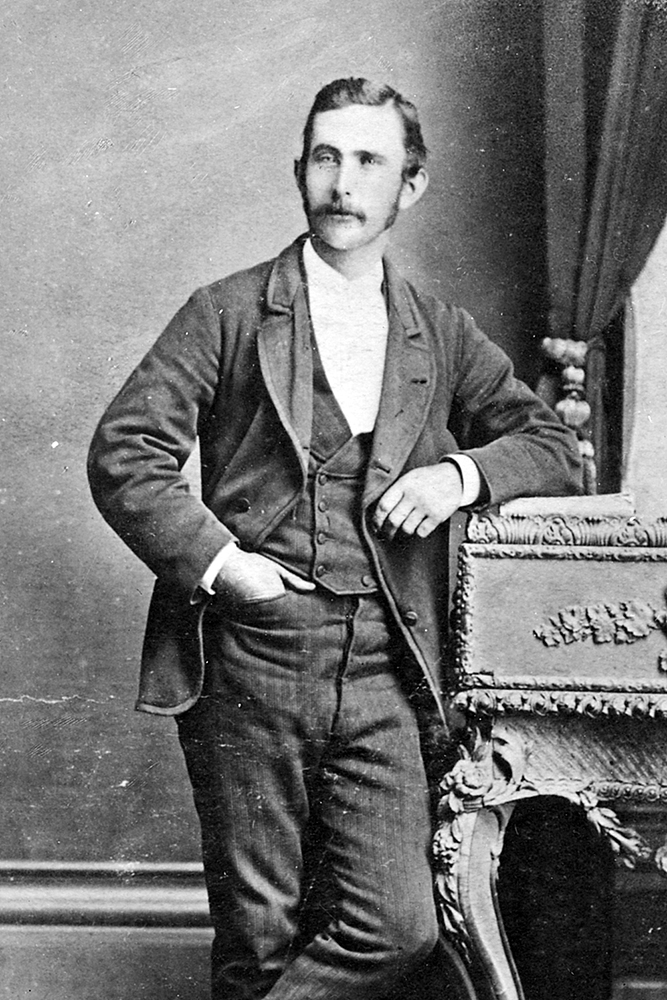 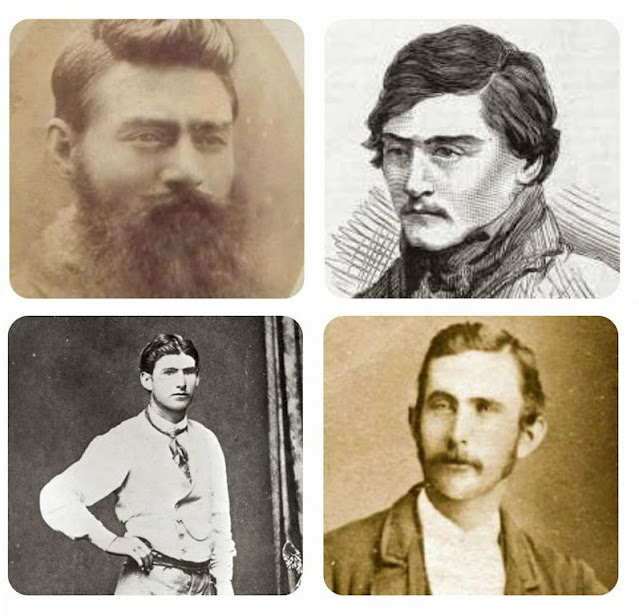 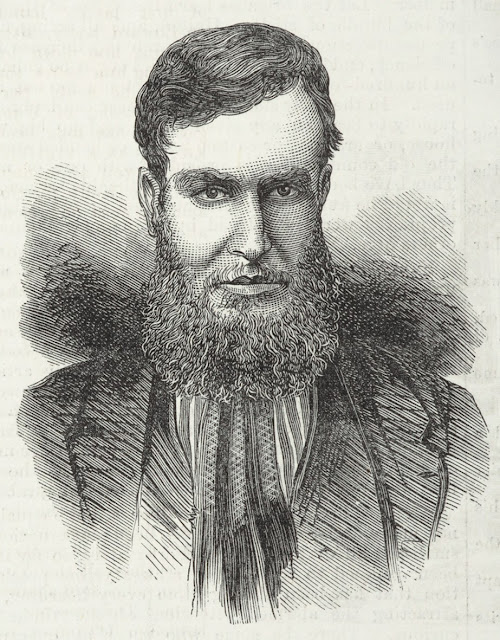 Rare portrait of Joe Byrne c 1880, from the original edition of the Illustrated Sydney News. 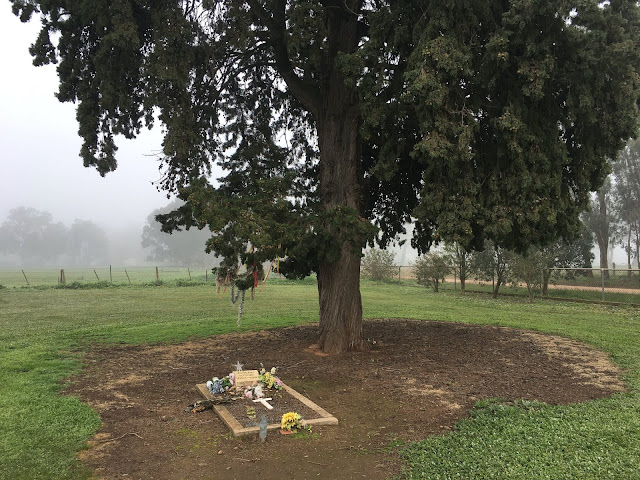 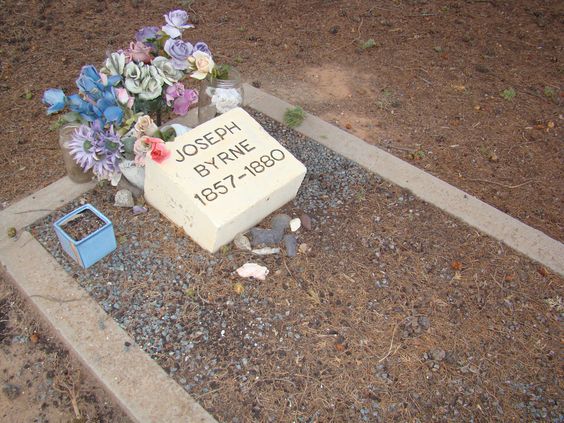 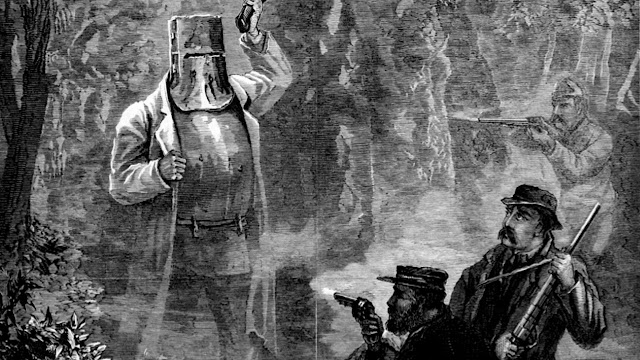 Ned Kelly attacks the police in the early morning mist as he emerges from the bush,  He had left the scene to warn sympathisers to call off a planned uprising, the plans having gone awry.  After regaining consciousness, having passed out from loss of blood, he tried to rejoin his comrades, unaware they were now dead.
Posted by BytesMaster at 12:37 AM