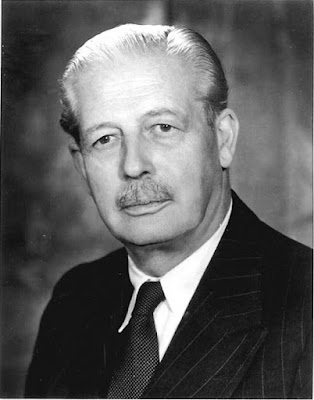 British Conservative politician, Prime Minister of the United Kingdom from 1957 to 1963. Caricatured as "Supermac", he was known for his pragmatism, wit and unflappability. 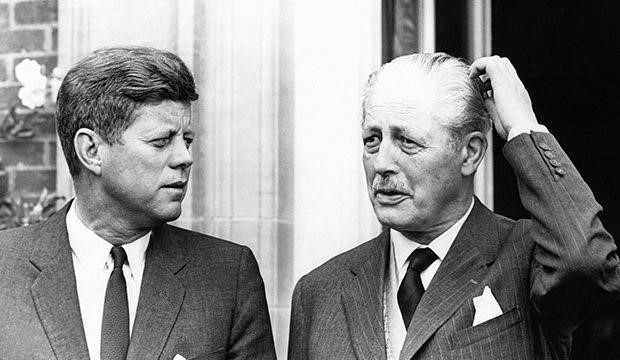 This story may or may not be urban myth. It has been examined by snopes.com, which states that whilst it has the hallmarks of an urban legend (unsourced, multiple versions and non-specific), it cannot establish one way or another whether it is true.
Nonetheless, some quotes are just too good to let pass, even if there is a question mark hanging over it...
At the end of a long and probably very boring meal at a formal dinner, British Prime Minister Harold Macmillan turned to Madame de Gaulle and asked politely what she was looking forward to in her retirement. Quick as a flash the elderly lady replied: "A penis." Macmillan had been trained all his life never to appear shocked, but even he was a bit taken aback. After drawling out a series of polite platitudes, - "Well, I can see your point of view, don't have much time for that sort of thing nowadays" - it gradually dawned on him to his intense relief that what she was trying to say, under a heavy French accent, was “happiness.” 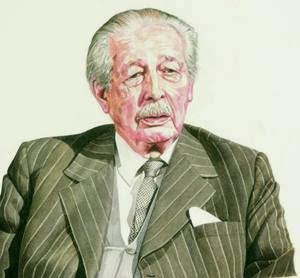