An email from Tim B, another regulator comment provider, in response to my posting of a Robert W Service poem The Spell of the Yukon.  I have previously also posted his poem The Shooting of Sam McGrew.

Robert William Service (1874 – 1958) was a British-Canadian poet and writer, often called "The Bard of the Yukon".  Partly because of their popularity, and the speed with which he wrote them, his works were dismissed as doggerel by the critics, who were tending to say the same of Kipling, with whom Service was often compared. This did not worry Service, who was happy to classify his work as “verse, not poetry”. 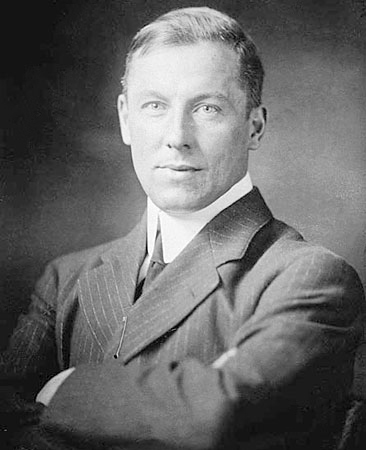 Great Bytes today.  I love the poems of Robert Service, my favorite, which is probably the most read, and famous, is The Cremation of Sam McGee.  I have a book of his poems and it made me dust it off the shelf.

Thanks and stay safe,

"The Cremation of Sam McGee" is among the most famous of Robert W. Service's poems. It was published in 1907 in Songs of a Sourdough. (A "sourdough", in this sense, is a resident of the Yukon.)  It concerns the cremation of a prospector who freezes to death near Lake Laberge (spelled "Lebarge" by Service), Yukon, Canada, as told by the man who cremates him.

The poem is about a freezing-cold winter trip in the Yukon, back in the days of the Klondike Gold Rush. The poem’s speaker tells us a story about his friend, Sam McGee, who freezes to death on the trail.

Sam hates the cold and doesn’t want to be buried in the frozen ground. So, as his dying wish, he asks our speaker to cremate him (which is a fancy way of saying "burn his corpse"). The speaker promises he will, but it’s tough to find a way to do it in the dead of winter. He ends up having a lousy trip, carrying Sam’s frozen corpse until he finds a spot to burn Sam’s body.

He starts to burn Sam, but is pretty grossed out by the whole thing. Then, when he goes to see if Sam is "cooked," he finds his friend alive and well and cozy! Apparently Sam just needed to defrost a little, and the raging fire did the trick.

Robert Service’s classic poem is generally dismissed as fiction. However, a Sam McGee really did exist and he worked for a transport company in Whitehorse. The boiler of the steamship Alice May, where the fictional Sam McGee was cremated, is based on a derelict steamer named Olive May. Service wrote the poem around a real experience relayed to him by a Dr. Sugden from Whitehorse, who Service lived with at one point. The doctor went out to tend to a sick prospector, but when he arrived at the cabin he found the man dead and frozen stiff. Sugden had no tools to bury the man, so he cremated him in the Olive May’s boiler and brought the remains back to town.

A success upon its initial publication in 1907, the poem became a staple of traditional campfire storytelling in North America throughout the 20th century and has become widely read in Canadian elementary schools.

The Cremation of Sam McGee

There are strange things done in the midnight sun      By the men who moil for gold;  The Arctic trails have their secret tales      That would make your blood run cold;  The Northern Lights have seen queer sights,      But the queerest they ever did see  Was that night on the marge of Lake Lebarge      I cremated Sam McGee.Now Sam McGee was from Tennessee, where the cotton blooms and blows.Why he left his home in the South to roam 'round the Pole, God only knows.He was always cold, but the land of gold seemed to hold him like a spell;Though he'd often say in his homely way that 'he'd sooner live in hell'.On a Christmas Day we were mushing our way over the Dawson trail.Talk of your cold! through the parka's fold it stabbed like a driven nail.If our eyes we'd close, then the lashes froze till sometimes we couldn't see;It wasn't much fun, but the only one to whimper was Sam McGee.And that very night, as we lay packed tight in our robes beneath the snow,And the dogs were fed, and the stars o'erhead were dancing heel and toe,He turned to me, and 'Cap,' says he, 'I'll cash in this trip, I guess;And if I do, I'm asking that you won't refuse my last request.'Well, he seemed so low that I couldn't say no; then he says with a sort of moan:'It's the cursed cold, and it's got right hold till I'm chilled clean through to the bone.Yet 'taint being dead - it's my awful dread of the icy grave that pains;So I want you to swear that, foul or fair, you'll cremate my last remains.'A pal's last need is a thing to heed, so I swore I would not fail;And we started on at the streak of dawn; but God! he looked ghastly pale.He crouched on the sleigh, and he raved all day of his home in Tennessee;And before nightfall a corpse was all that was left of Sam McGee.There wasn't a breath in that land of death, and I hurried, horror-driven,With a corpse half hid that I couldn't get rid, because of a promise given;It was lashed to the sleigh, and it seemed to say: 'You may tax your brawn and brains,But you promised true, and it's up to you to cremate those last remains.'Now a promise made is a debt unpaid, and the trail has its own stern code.In the days to come, though my lips were dumb, in my heart how I cursed that load.In the long, long night, by the lone firelight, while the huskies, round in a ring,Howled out their woes to the homeless snows -O God! how I loathed the thing.And every day that quiet clay seemed to heavy and heavier grow;And on I went, though the dogs were spent and the grub was getting low;The trail was bad, and I felt half mad, but I swore I would not give in;And I'd often sing to the hateful thing, and it hearkened with a grin.Till I came to the marge of Lake Lebarge, and a derelict there lay;It was jammed in the ice, but I saw in a trice it was called the 'Alice May.'And I looked at it, and I thought a bit, and I looked at my frozen chum;Then 'Here,' said I, with a sudden cry, 'is my cre-ma-tor-eum.'Some planks I tore from the cabin floor, and I lit the boiler fire;Some coal I found that was lying around, and I heaped the fuel higher;The flames just soared, and the furnace roared - such a blaze you seldom see;And I burrowed a hole in the glowing coal, and I stuffed in Sam McGee.Then I made a hike, for I didn't like to hear him sizzle so;And the heavens scowled, and the huskies howled, and the wind began to blow.It was icy cold, but the hot sweat rolled down my cheeks, and I don't know why;And the greasy smoke in an inky cloak went streaking down the sky.I do not know how long in the snow I wrestled with grisly fear;But the stars came out and they danced about ere again I ventured near;I was sick with dread, but I bravely said: 'I'll just take a peep inside.I guess he's cooked, and it's time I looked then the door I opened wide.And there sat Sam, looking cool and calm, in the heart of the furnace roar;And he wore a smile you could see a mile, and he said: 'Please close that door.It's fine in here, but I greatly fear you'll let in the cold and storm -Since I left Plumtree, down in Tennessee, it's the first time I've been warm.'There are strange things done in the midnight sunBy the men who moil for gold;The Arctic trails have their secret talesThat would make your blood run cold;The Northern Lights have seen queer sights,But the queerest they ever did seeWas that night on the marge of Lake LebargeI cremated Sam McGee. 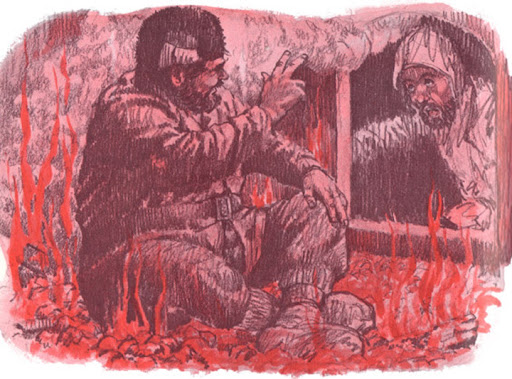 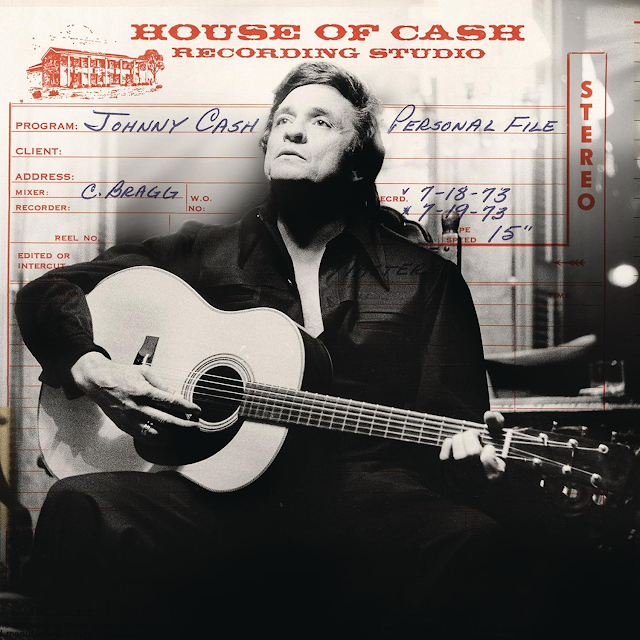 Johnny Cash's reading of the poem was National Public Radio's song of the day on May 9, 2006. Cash's "The Cremation of Sam McGee" was released along with a vast collection of personal archive recordings of Johnny Cash on the two-disc album Personal File. Some believe Cash misreads the occasional word (such as "toil for gold" instead of "moil for gold") and accidentally transposes a few lines, but there are printed versions of the poem with "toil" used in place of "moil".