Ever feel like you're being watched? Fascinating graphics reveal how London's whopping 627,707 CCTV cameras compare with other cities around the world
Fascinating infographics have revealed the most surveilled cities in the world where citizens are being watched in their every move. London has the highest number of cameras outside of China, with an eye-watering 627,707 CCTV monitors set up across the UK's capital, according to a new study.
The British city is the third most monitored state in the world with 67 cameras per 1000 people always watching every movement - only Shanghai and Beijing in China have more cameras.
Beijing, China's capital, is the most watched metropolis in the world with 1.15 million cameras as the Communist Party pushes for Big-Brother-style state surveillance. It is closely followed by Shanghai which has one million monitors.
Despite the higher number of cameras in the Chinese cities, London still has more monitors per 1000 people. Beijing has 56 cameras whilst Shanghai has 36 per 1000 people, nearly 50 per cent less than London.
The shocking infographics come at a time when the world's billionth CCTV surveillance camera is set to be installed this year, which adds up to one camera per every eight people on Earth.
New York City has the highest number and density of CCTV cameras in the entire US, according to the infographics created by Surfshark, a VPN company.
The city has 31,490 cameras, with around 25 installed every square kilometre. In comparison, Los Angeles, the city with the second highest number of cameras in the US, has 22,679 monitors in place.
But Los Angeles has nearly six cameras per 1000 people, which is higher than New York City's three cameras.
Sydney meanwhile is the most surveilled city in Australia with 60,000 cameras installed across the area watching our daily routines, much higher than the 9,363 cameras installed in Melbourne.
The infographics illustrate just how pervasive surveillance cameras are in the 130 most populous cities across the world.
In China and the US, for example, there is already one camera per 4.1 and 4.6 people, respectively.
London not only has the third highest number of cameras in the world but it also has the highest number of monitors per square kilometre outside of Asia.
For every kilometre you walk across the capital city 399 cameras could have captured your movements. London, with a population of around nine million people, have the fourth highest density of cameras in the world.
Chennai in India has the highest density of cameras in the world, with a staggering 657 monitors capturing its citizens movements for every kilometre they walk. It is followed by Hyderabad, India, with 480 cameras and Harbin in China with 411.
. . . .
How is China building the world's most powerful facial recognition system?
China has been aiming to build the world's most powerful facial recognition system.
The cutting-edge network aims to identify any one of its 1.4 billion citizens within three seconds.
The project was launched by the Ministry of Public Security in 2015. It is under development in collaboration with a security company based in Shanghai.
As of last year, China has installed over 200 million security cameras across the nation. 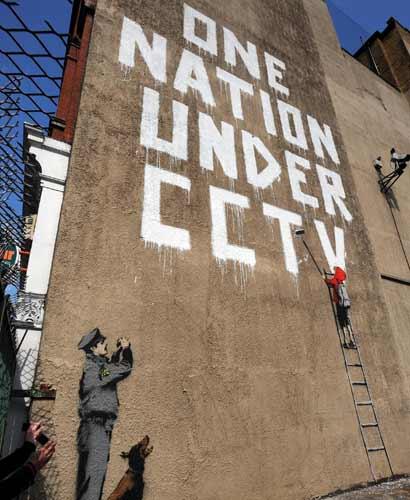 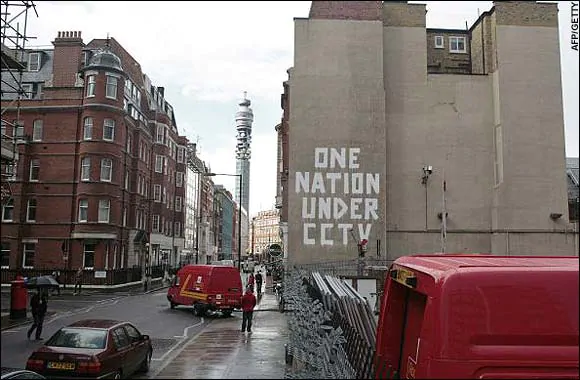 One Nation Under CCTV was a 2007 mural by famed graffiti artist Banksy on Newman Street in London. Painted on the wall of a building used by the Royal Mail, it depicts a child in a red hooded top painting the phrase, while being watched by a police officer and a dog. The mural was situated adjacent to a CCTV camera. In 2008, the Westminster City Council ordered the work's removal on the grounds that it was an unlicensed commercial. 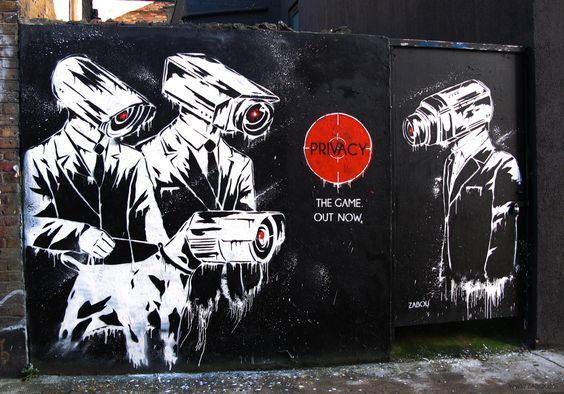 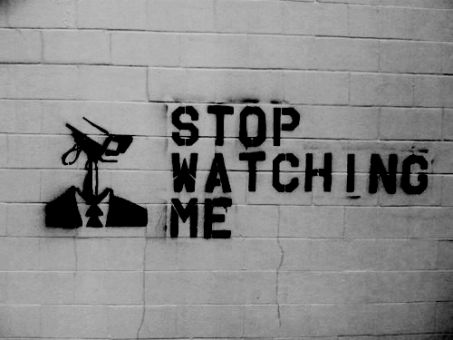 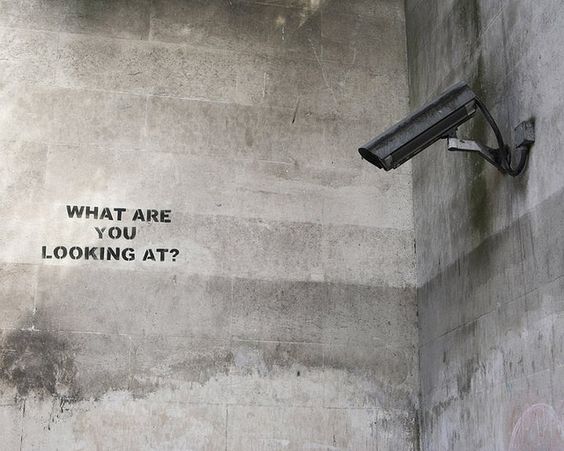 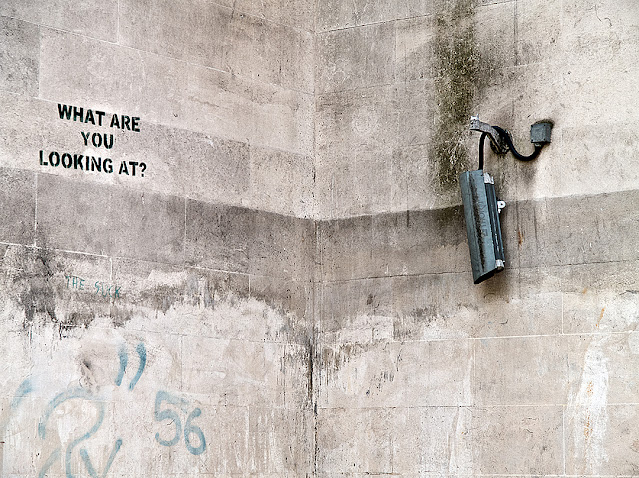 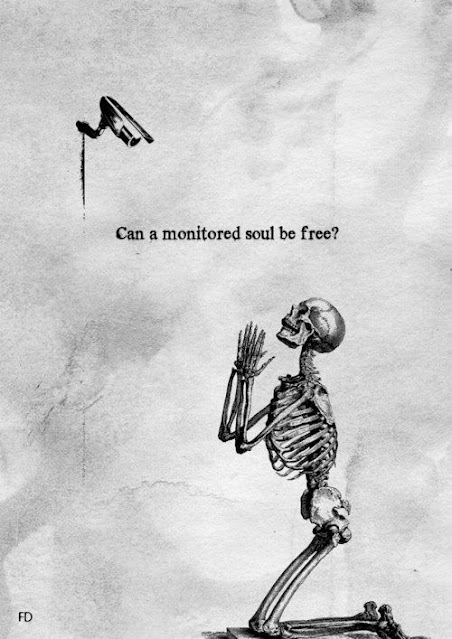 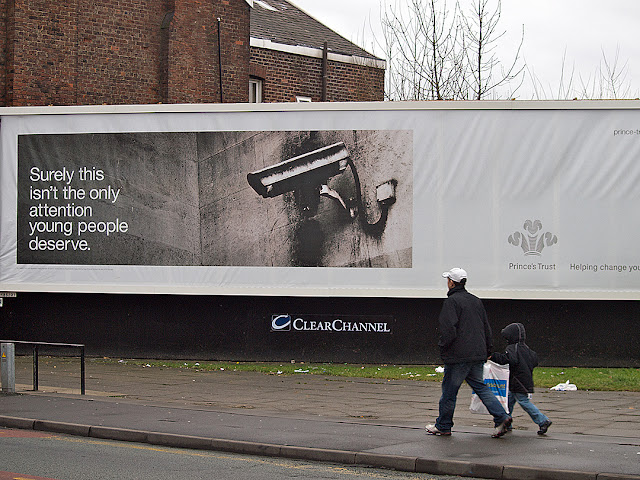 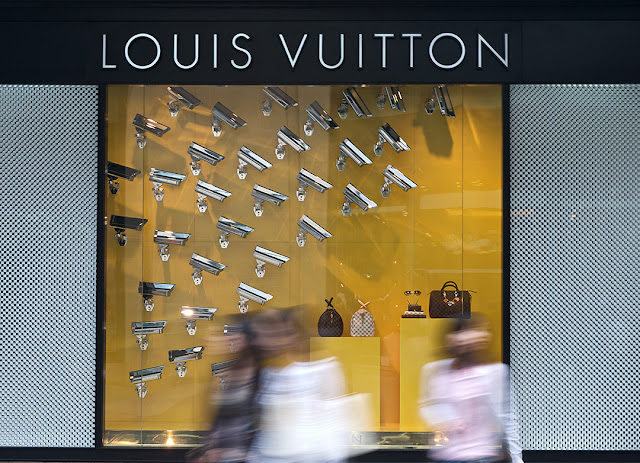 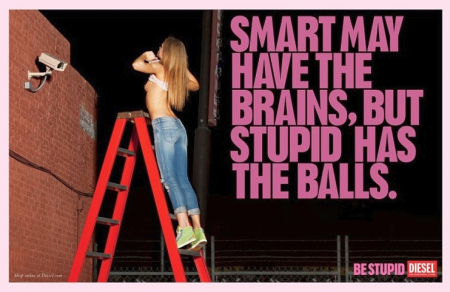 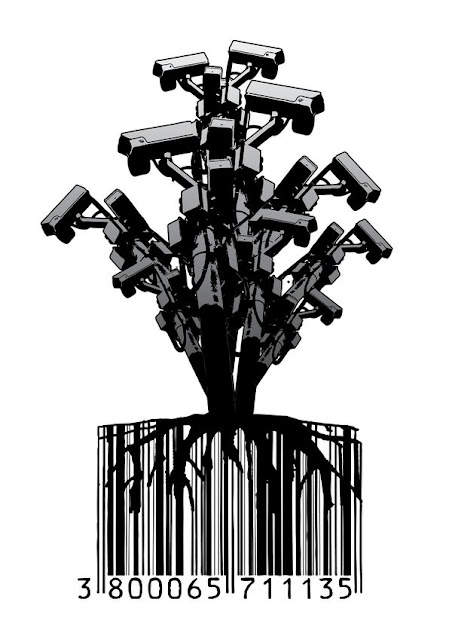 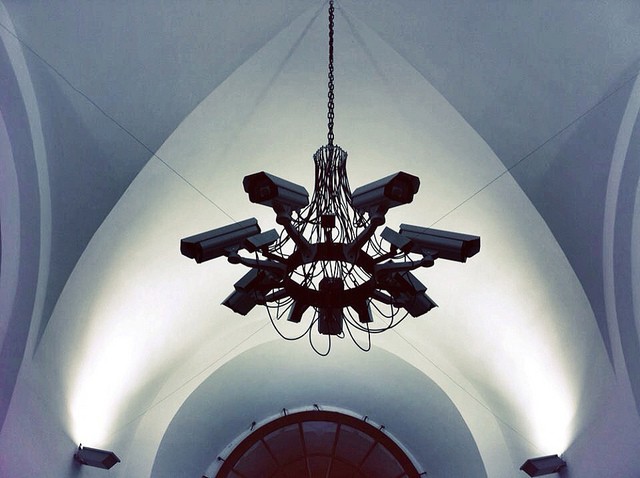 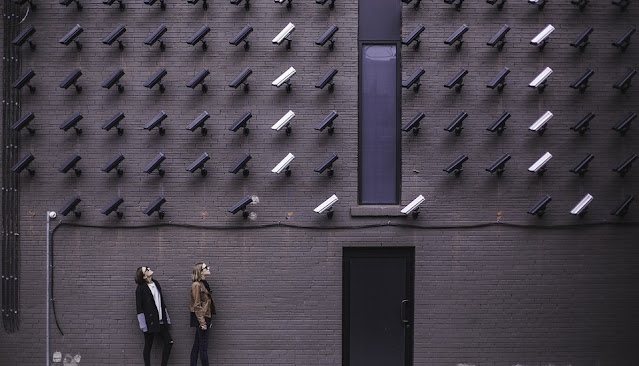 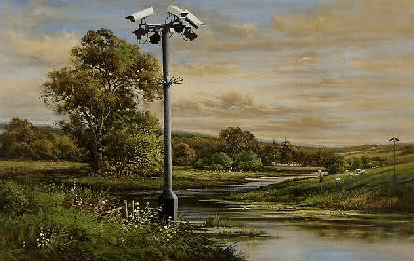 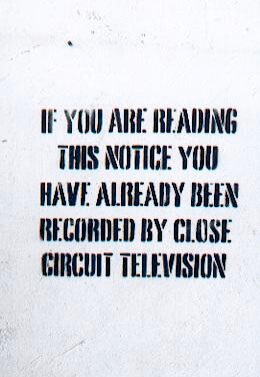