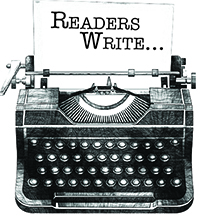 Journo John P, friend and ace trivia player, sent me an email about my post of a few days ago about Sir Roden Cutler.

Funnily enough, when posting it I wondered whether anyone would find it interesting.  I’m glad that at least one person did and hopefully many more.  I believe that there is reason behind Sir Rodent Cutler being the first BIC winner name on the Remembrance Driveway.

The excellent Bytes article on Roden Cutler, a man I admired greatly, sparked the following memories:

I was headhunted from Melbourne by the Sydney Morning Herald as a sub-editor in 1971 (celebrated 50th anniversary of my arrival in Sydney in August this year).

One of the longest serving Herald journalists at the time was an elderly reporter named Geoff Allen, a general roundsman whose daily duties revolved around mundane news items. He did, however, produce a scoop in the mid-70s by beating every other newspaper, radio and TV reporter in securing an exclusive interview with a mystery recluse living behind barred windows in an inner-city suburb.

How does this involve Roden Cutler?

The Governor and Lady Cutler paid an official visit to the Fairfax building (then in Jones Street, Broadway) in the 1970s. And, rather than have the embarrassment of a dishevelled old reporter as a blot on the newsroom, the management at the Herald spirited Geoff out of sight into a side office for the day.

The best laid plans of mice and men, etc!

As the official party made its way along a wide corridor on the editorial floor, Sir Roden caught sight of a familiar figure out of the corner of his eye. He halted the tour, turned towards the side office and called out: “G’day Geoff”, to which the old journo replied “Stumpy?” They then embraced as old mates.

The two had been friends for years.

After his retirement Geoff wrote a bowls column for a local newspaper. It was in that capacity that he invited me to lunch in 1992 during a tournament at the City Bowling Club, which was demolished to make way for the Cook-Phillip complex on the corner of College and William Streets in the lead-up to the Sydney Olympics.

The Cutlers and I crossed paths at the Adelaide Festival in 1986. They were there as the guests of Rothmans, I think. I was there as an indulgent arts writer for the Daily Telegraph. We met a few times at our hotel (the Gateway) and at festival events.

The most memorable of our meetings was our last in Adelaide. We were checking out at the same time.

Sir Roden looked aghast as the seemingly endless bill emerged “kerchunk, kerchunk” out of the machine.

“Goodness gracious,” he said, in a state of shock, as the huge printout continued. “Oh dear!”

The hotel clerk was quick to put his mind at ease.

“Thank heavens,” the good knight said, then turned to me and said: “Thank you.”

An email from Steve M commenting on the post about the 1963 Grand Final from which came the photograph (entitled “The Gladiators”) of the muddied captains at the end of the match:

Enjoyed today’s Bytes Otto, especially your reminiscing at the end. I am not a lover of the sport – I prefer the refinement and artistry of soccer as opposed to the thuggery of rugby league, but nonetheless you got me today! Great stuff.

From Tobye P in the US, commenting on the 12 Oct 2021 post of the boy throwing beached starfish back in the ocean:

Thanks for repeating the starfish story - Amen to that!

An email from Steve M about the Bytes post on Set 28 2921 entitled “Urban Hell”,  showing depressing photos of the condition of our modern world (sent before the Glasgow Conference was held):

Today’s Bytes... made me feel sad. I wonder what kind of mess we will make of Mars or other planets we eventually colonise.

And I want to have a whinge about climate change and all the fools that demonstrate about our so called contribution to the problem.

Go and picket outside the embassies of China, USSR and India! Better still, piss off over there with your placards and see how that goes

for you! They are the polluters and they are the ones having the worst effect on our beautiful planet. Australian politicians in general

have a social conscience and we will reach our targets in due course, and will do so responsibly.

By way of a comment, I once said the same thing to a chap about the big polluters being the overseas countries such as China and India.  His response was short and sweet:  “It’s the price you pay if you want a ten dollar angle grinder.”

Just as purchasers of stolen goods ensure that there is a continuing incentive for theft, our purchasing the cheaper items produced by high polluting countries promotes the pollution.  We are not blameless.

In a similar vein, shops are closing, businesses are failing, jobs are being lost but online purchasing, including from overseas, is at record levels.

Sandra J commented on the Quote of the Day by Vincent van Gogh: "I often think that the night is more alive and more richly coloured than the day."

The sky on Norfolk Island at night is the most spectacular sky I have ever seen. It is renowned for the view at night.

Never been there myself but I recall from my younger bushwalking days  that the sky away from city lights is pretty amazing, wherever you are.

Sandra had earlier sent me some comments about the Bytes post (Sept 5, 2021) on defunct occupations in England of mudlarks, toshers and grubbers:

Reminds me of my childhood somewhat – We used to scavenge at Milperra/East Hills Tip. Not for food, just something we could use. Mine was always at year end all the rich families threw their coloured pencils, biros, stationery out, there was always books with blank pages which, I ripped out I scavenged as much as I could. I used to take everything home and clear the top of our singer treble sewing machine for my desk and set myself up with these pencils etc and pretend I worked in an office.  We also looked for school bags, I started high school with a plastic bag, Mum had 4 children in high school, she worked in a factory Dad was a Boilermaker/Communist/Drinker.  When my younger sister started high school 5 years later she had a briefcase. With us 4 out working, paying board, things were easier for her and my younger brother. BUT we never went hungry, we had 3 meals a day, and a piece of fruit.

To this day I love stationery although now I don’t have to scavenge, I can afford to go to Officeworks. I have passed my love of stationery onto my daughter, who in turn has passed it onto her daughter Zoe (my flower girl at the wedding)

One of us 6 children found a gaudy clock surround, like an ornament, my mother had that on her dressing table as a decoration forever.

Thanks to all those who take the time and trouble to send me their emails, much appreciated.