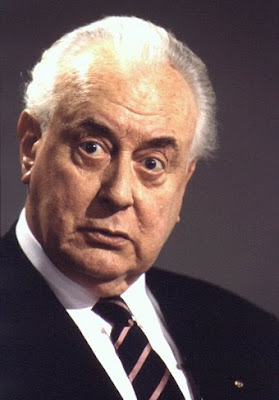 Gough Whitlam
The following anecdote is taken from Gough Whitlam's speech in a debate in 2000 on the topic "That politicians have lost their sense of humour":


I soon learned that the Federal Parliament could also be vulgar. Rowley James, who had been crippled in a car accident, noisily entered the House during question time. Having settled in his seat, he noisily placed his walking stick on his desk. He then leaned to one side and broke wind. Speaker Cameron was so exasperated that he called him to order. James challenged him, "Mr Speaker, what did I do?" Cameron was speechless. Eddie Ward scarcely helped by raising a point of order.
Cameron: Yes, yes, what is the point of order?
Ward: Mr Speaker, I move that the honourable member's interjection be recorded in Hansard. 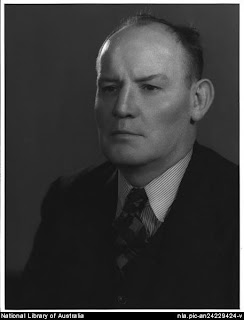 Rowland (Rowley) James
Posted by BytesMaster at 11:03 AM