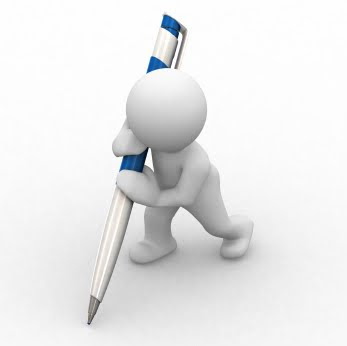 Another  message from Byter Steve:

Thanks for the Cobbers definition, very interesting. I never knew it meant “mate(s)” although in hindsight it seems pretty logical. I totally agree with your comments in regard to the Americanisation of our unique language.  America seems to infiltrate our lives in so many ways – kids still wear their caps sideways or backwards, have you noticed how many people do a “high five” in everyday life now?
Talking about kids wearing caps sideways / backwards. An interesting study for a Bytes? I seem to recall reading somewhere that film producers used to turn their caps backwards as they peered through the lens of camera’s to review a shot or take, When done, the cap was returned to the correct position. People on the set therefore felt there was a “reflected glory” in wearing their caps backwards in that they may be mistaken for being a “Director”................................?
Ta again.
Steve 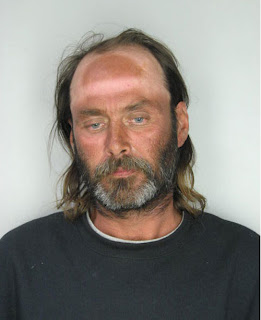 The idea of wearing the cap backwards is commonly attributed to catchers in baseball, as when they began using facemasks, they had to turn the cap around to fit the mask on. It can also be found in professional tennis. Another profession associated with the wearing of a baseball cap backwards is that of photographer, notably paparazzi – for the reason that an SLR camera cannot be held vertically to the eye whilst wearing a baseball cap with the peak forwards.
http://en.wikipedia.org/wiki/Baseball_cap 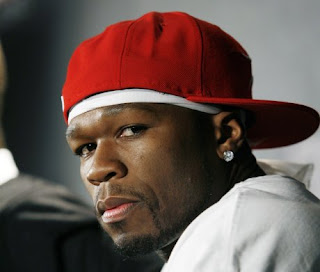 Wearing a baseball cap sideays started as a means of gang identification but then became mainstream, associated with rap along with bling and POTG (pants on the ground).
It is not a new thing, however.  Our Gang and The Little Rascals had a gang member with a sideways baseball cap in the 1930's and 1940's: 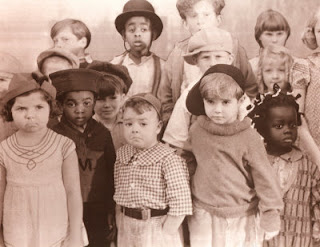 Inside Out Baseball Caps: 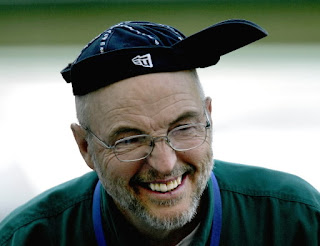 A rally cap is a baseball cap worn inside out and backwards, sideways or in some other unconventional manner by players and fans as a means of rallying a team when they are losing.
From Wikipedia:

The first appearance of the rally cap was during the 1985 Major league Baseball season, when fans of the New York Mets, while in attendance at Shea Stadium , occasionally would wear their baseball caps inside-out as a makeshift talisman to generate a come-from-behind victory in the late innings of a baseball game. The superstition spread from the fans to the Mets players themselves, and rose to national awareness during the 1986 World Series when the New York Mets were playing the Boston Red Sox. The Mets were trailing in Game 6 with the Red Sox leading series three games to two. In the sixth inning of that game, the television cameras showed certain Mets players in the dugout wearing their caps inside out. Subsequently, later in that game, the Mets scored four runs after a ball rolled between the legs of Boston first baseman Bill Buckner, and the Mets went on to win the game and the series.
The rally cap subsequently was adopted by baseball fans internationally, being used to give their team a little extra mojo and come from behind.
The belief behind the rally cap is generally to sacrifice a small amount of one's dignity in exchange for a little luck for one's team. It is widely understood that the baseball cap must be one depicting the logo of the team in order to be used as a rally cap.
http://en.wikipedia.org/wiki/Rally_cap

Ta:
Steve used a word you don't hear as much today as you did when I was a nipper, "Ta" for "Thank You".
That word comes from the Danish word "tak", meaning "thank you".
The roots of the English language actually come from Denmark and Jutland, so it is not unusual that Danish has had a significant effect on the English language.
The word "tak" became the colloquial word "ta" in that in Scotland and upper England it was common to drop the k at the end because of the way words were pronounced during the time of old English and Middle English. 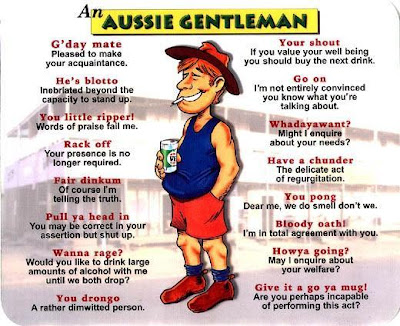 Posted by BytesMaster at 1:25 AM

Email ThisBlogThis!Share to TwitterShare to FacebookShare to Pinterest
Labels: Reader Response and Hats