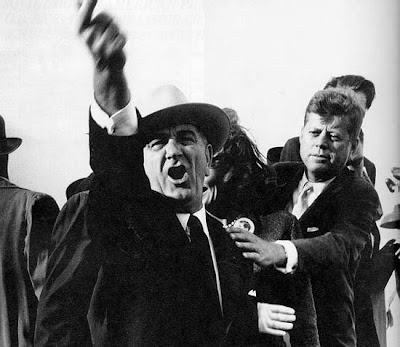 "I would rather have him inside the tent pissing out than outside the tent pissing in."
-Lyndon Baines Johnson (1908 - 1973),
President of the Unite States, about J Edgar Hoover,
head of the FBI.
Hoover  had dossiers, secret files, illegal wiretaps and covert surveillance reports on a wide range of public figures, including politicians.  Asked why he did not sack Hoover, Johnson responded as above.
Posted by BytesMaster at 8:50 PM

Email ThisBlogThis!Share to TwitterShare to FacebookShare to Pinterest
Labels: LBJ