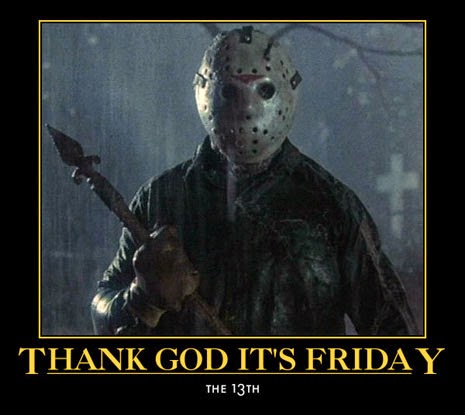 Scholars are divided on where the superstition surrounding this day may have arisen.  Some say it originated in the Middle Ages from the story of Jesus' last supper and crucifixion in which there were 13 individuals present on Maundy Thursday, the night before His death on Good Friday. Others say that there is no written evidence for a "Friday the 13th" superstition before the 19th century, and that the superstition only gained widespread distribution in the 20th century.

Today's Funny Friday is not, however, concerned with paraskevidekatriaphobia (from the Greek word for Friday) or friggatriskaidekaphobia (after Frigg, the Norse goddess after whom Friday is named in English), both meaning fear of Friday the 13th.

Instead it's a cocktail of different items.

Let's start with a message of inspiration: 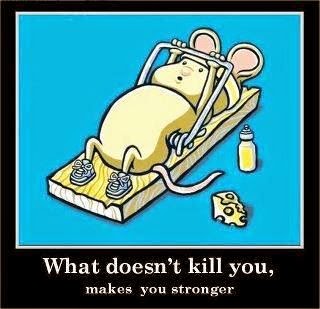 * * * * * * * * * *
The Pope is visiting town and all the residents are dressed up in their best Sunday clothes. Everyone lines up on main street hoping for a personal blessing from the Pope. One local man has put on his best suit and he's sure the Pope will stop and talk to him. He is standing next to an exceptionally down-trodden looking bum who doesn't smell very good.

As the Pope comes walking by he leans over and says something to the bum and then walks right by the local man. He can't believe it, then it hits him. The Pope won't talk to him, he's concerned for the unfortunate people: the poor and and feeble ones.

Thinking fast, he gives the bum $20 to trade clothes with him. He puts on the bum's clothing and runs down the street to line up for another chance for the Pope to stop and talk to him. Sure enough, the Pope walks right up to him this time, leans over close and says "I thought I told you to get the hell out of here!" 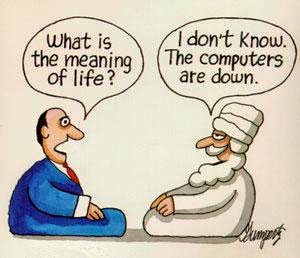 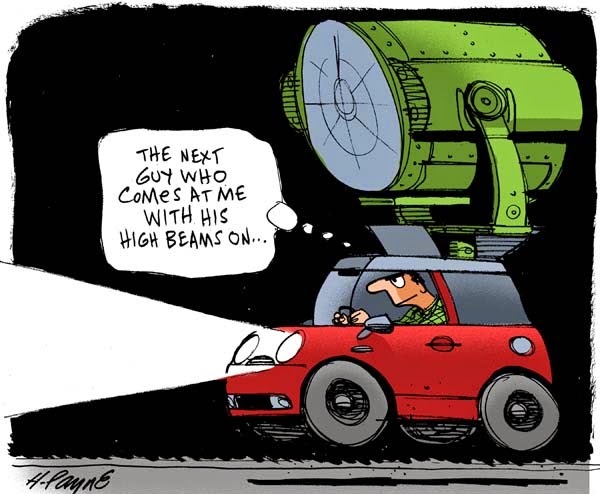 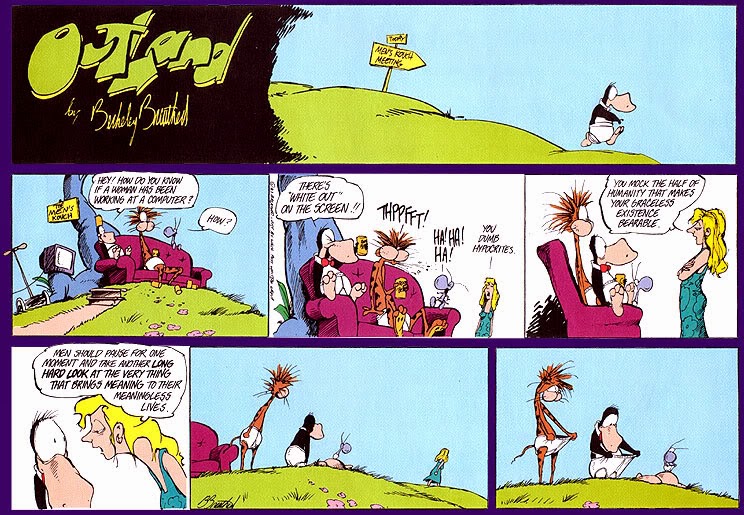 * * * * * * * * * *
The doctor said, "Joe, the good news is I can cure your headaches. The bad news is that it will require castration. You have a very rare condition, which causes your testicles to press on your spine, and the pressure creates one hell of a headache. The only way to relieve the pressure is to remove the testicles."

Joe was shocked and depressed. He wondered if he had anything to live for. He couldn't concentrate long enough to answer, but decided he had no choice but to go under the knife.

When he left the hospital he was without a headache for the first time in 20 years, but he felt like he was missing an important part of himself. As he walked down the street, he realized that he felt like a different person. He could make a new beginning and live a new life. He saw a men's clothing store and thought, "That's what I need - a new suit."

He entered the shop and told the salesman, "I'd like a new suit." The elderly tailor eyed him briefly and said, "Let's see ... size 44 long." Joe laughed, "That's right, how did you know?" "Been in the business 60 years!" Joe tried on the suit. It fit perfectly.

Joe tried on the shirt, and it fit perfectly. As Joe adjusted the collar in the mirror, the salesman asked, "How about new shoes?" Joe was on a roll and said, "Sure." The salesman eyed Joe's feet and said, "Let's see ... 9-1/2 E." Joe was astonished, "That's right, how did you know?" "Been in the business 60 years!"

Joe tried on the shoes and they fit perfectly. Joe walked comfortably around the shop and the salesman asked, "How about some new underwear?" Joe thought for a second and said, "Sure." The salesman stepped back, eyed Joe's waist and said, "Let's see... size 36."

Joe laughed. "Ah ha! I got you! I've worn size 32 since I was 18 years old." The salesman shook his head, "You can't wear a size 32. A size 32 underwear would press your testicles up against the base of your spine and give you one hell of a headache." 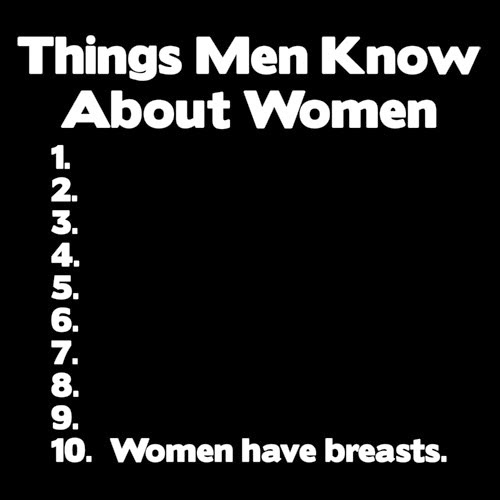 * * * * * * * * * *
A lady walks into a Lexus dealership. She browses around, spots the top-of-the-line Beemer and walks over to inspect it. As she bends over to feel the fine leather upholstery, she inadvertently breaks wind. Very embarrassed, she looks around nervously to see if anyone has noticed her little accident and prays that a sales person doesn't pop up right now.

As she turns around, her worst nightmare materialises in the form of a salesman standing right behind her. Cool as a cucumber and displaying complete professionalism, the salesman greets the lady With, "Good day, Madam. How may we help you today?" Very uncomfortably, but hoping that the salesman may just not have been there at the time of her accident, she asks, "Sir, what is the price of this lovely vehicle?"

He answers, "Madam, if you farted just touching it, you are going to shit yourself when I tell you the price." 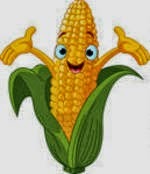 "Right, spaces." And with this God starts drawing a few designs for Noah.

"Would you like some animals in there to start you off?" God asked him. "Erm... Fish!" Noah replied. "Fish. Ok. What sort? Any in particular?"  "Carp, and plenty of them", Noah said. "Carp. Anything else needed?" God asked. And they went through various items such as the colour, doors, windows, etc.

Finally, between them both they'd come up with a design that they both agreed on. Sitting back in his chair admiring the new 'ark', God asked Noah, "So, what are you going to call it? Have you thought of anything?"

Posted by BytesMaster at 4:23 AM