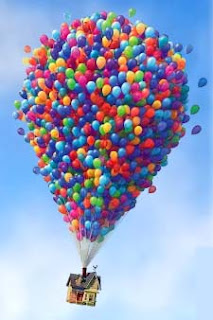 Last week I mentioned “nail houses”, houses which have been surrounded by high buildings, sometimes because the owner wanted too much money to sell to the developers building around them, sometimes just because he/she/they are stubborn.

The term “nail house’ originated in China and refers to nails that are stuck in wood and cannot be pounded down with a hammer. The owners are sometimes referred to as “stubborn nails.”

The Disney/Pixar movie “Up” has elderly Carl living in a nail house, the neighbourhood having built up around him. He ties 20,000 balloons to the house and goes adventuring a la Danny Deckchair. 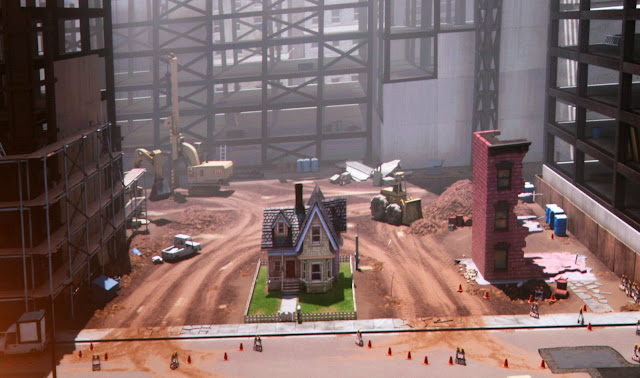 In 2006 Edith Macefield didn’t want to sell her Seattle house to developers, notwithstanding that they reportedly offered $1m, and she stayed put. The developers built a 5 storey development around her, making her, and her house, folk icons. As a marketing strategy for Up, balloons were fixed to her house in 2009 but by then Macefield had already passed away, dying in 2008 aged 86. 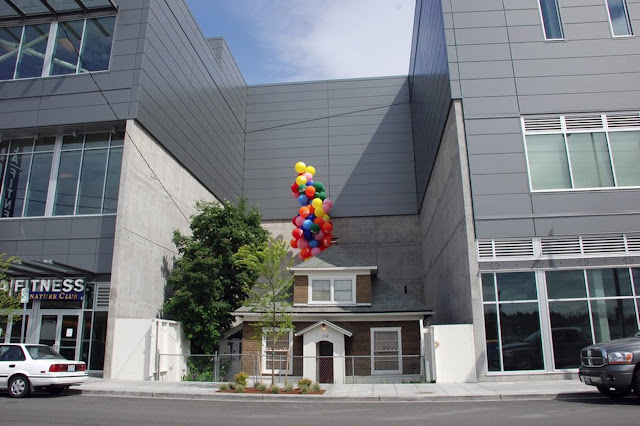 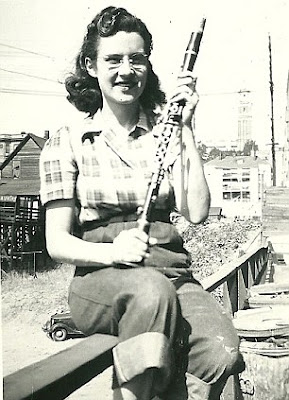 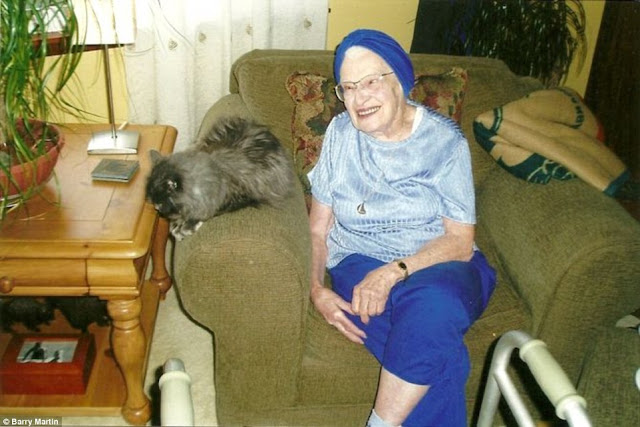 Elderly Edith in the nail house

And who inherited the house? Barry Martin, the superintendent of the five-story construction project that was forced to accommodate the elderly woman's recalcitrance. He had nursed her through the last couple of years of her life

Back taxes and the cost of bringing the house to current code and safety standards has prevented any use for a coffee shop, offices etc but has also prevented sale. 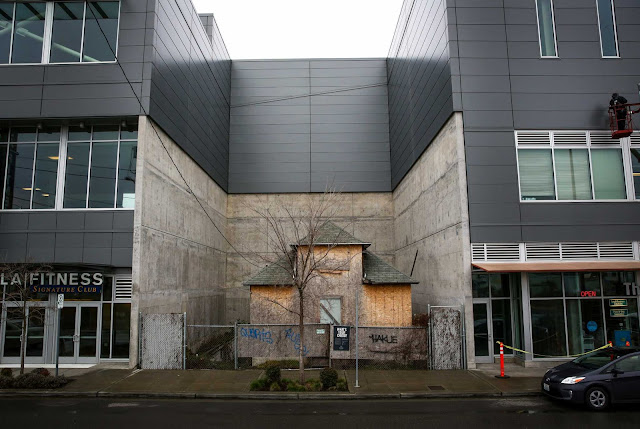 The future is uncertain. 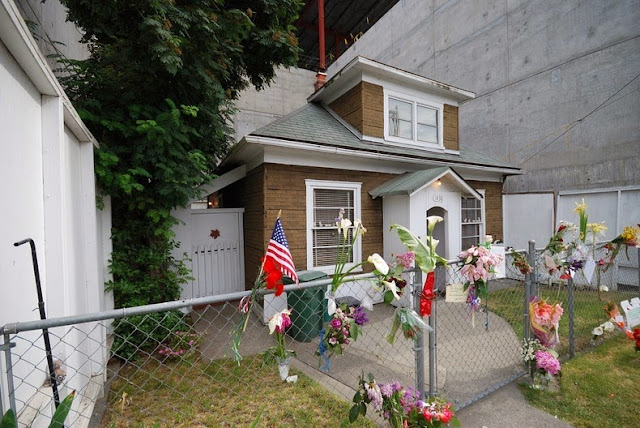 Posted by BytesMaster at 2:43 AM