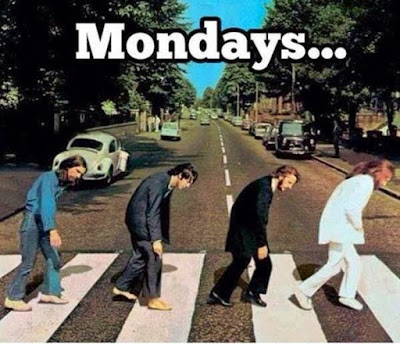 I just deleted all the German names off my phone. It’s Hans free.


What magnificent houses were built in Annandale. I remember only as far back as 1970 you could not give them away. A lot of Portuguese were buying there, I was working on Parramatta Road selling real estate. It was the same in Balmain where I grew up - if you stood at the Town Hall and sang a song they would have donated Balmain to you. How things have changed. I remember when I got married and brought my wife to live in Balmain from Fairfield - my in-laws were not impressed. That’s life. Enjoy the day. Yiasou. AT

An old one, but a good one:

Martin’s link is to a clip of comedian Stan Boardman appearing on the Des O’Connor show in England in the mid eighties.

The sound and visual are not synchronised very well, so it is easier to listen than to watch and listen.

The description of the clip is as follows: “This few minutes of live TV cost Stan Boardman his TV career and stopped the Des O'Connor show ever going out live again....but my god it was funny!”

This would have taken place in the days before the 7 second delay broadcasting which today allows material to be stopped from being sent if objectionable.

Des O’Connor was known as a nice guy with a middle of the road, style who appealed to the mums and dads. This would have made Stan Boardman’s joke even more shocking to viewers. 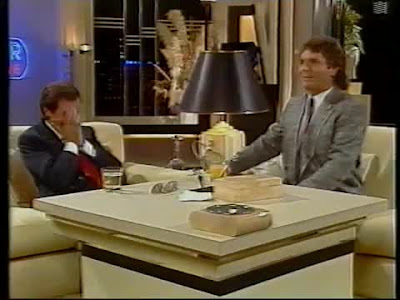 It is correct that Des O’Connor’s show could no longer go out live after this incident and that Stan Boardman had difficulty with TV gigs thereafter.

F bombs were a lot more controversial 30 years ago than today so this joke caused a fuhrer furore back then.

One commentator has made the observation that “American readers, who are accustomed to ‘Polish’ jokes, may be expecting this to be an anti-Polish joke which depicts Polish people as stupid. It's not. In fact, the stereotype of Poles in this country is probably very different to that of the US, since the main thing that people think of here - when they think of Poles - are all the Polish airman who fought for the RAF in the Battle of Britain, and the Polish paratroopers who fought at Arnhem.”

Focke-Wulf was a German aircraft manufacturer which provided many of the WW2 German military aircraft, including the Focke-Wulf 190.

The final comment is that it is audio humour that does not work as well when written. Click on the above link and have a listen.

For those who don’t wish to take the time to do that, here is a slightly different version to that in the Youtube clip, but which maintains the same elements and key ingredients:

Interviewer: So Mr Stanczewski, I understand that in 1943 you shot down five German aircraft in a single engagement. Could you tell us what happened?

Polish Fighter Pilot: Well we were flying at 20,000 feet when we spotted five Fokkers flying along below us. So we dived down and I aimed at one of the Fokkers and fired a burst from my machine guns right into him and he exploded. Then I saw that one of the Fokkers was on my tail, so I pulled round in a loop and got behind him, and fired and he went down on fire. I looked around and saw two Fokkers attacking my squadron leader, so slipped in behind them, and fired, and that was another Fokker going down in flames. The other Fokker tried to get away from me, but I got right up behind him, and blasted him with my machine guns and turned over and exploded. There was only one of the Fokkers left now, and he was trying to get away, but I flew up behind him, shot - bang, bang, bang - and he blew up too!

Interviewer: I should point out for the benefit of the viewers at home, that the Fokker was a type of German aircraft used in the war.

Polish Fighter Pilot: No, no, no - these fokkers were Messerschmitts! 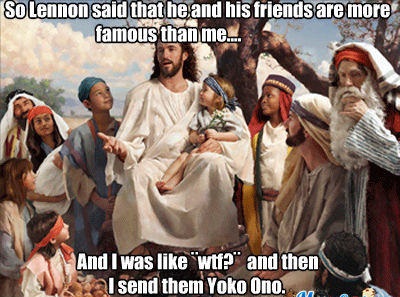 Posted by BytesMaster at 3:08 AM