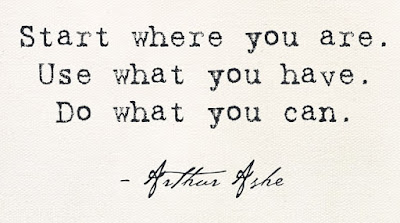 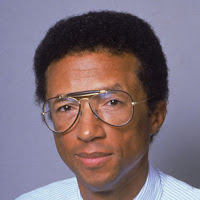 Arthur Robert Ashe, Jr. (1943 – 1993) was an American World No. 1 professional tennis player. He won three Grand Slam titles, ranking him among the best tennis players from the United States. Ashe was the first black player selected to the United States Davis Cup team and the only black man ever to win the singles title at Wimbledon, the US Open, or the Australian Open. He retired in 1980. In the early 1980s, Ashe is believed to have contracted HIV from a blood transfusion he received during heart bypass surgery. Ashe publicly announced his illness in April 1992 and began working to educate others about HIV and AIDS. He founded the Arthur Ashe Foundation for the Defeat of AIDS and the Arthur Ashe Institute for Urban Health before his death from AIDS-related pneumonia on February 6, 1993.

On June 20, 1993, Ashe was posthumously awarded the Presidential Medal of Freedom by then United States President Bill Clinton.

Posted by BytesMaster at 3:27 AM