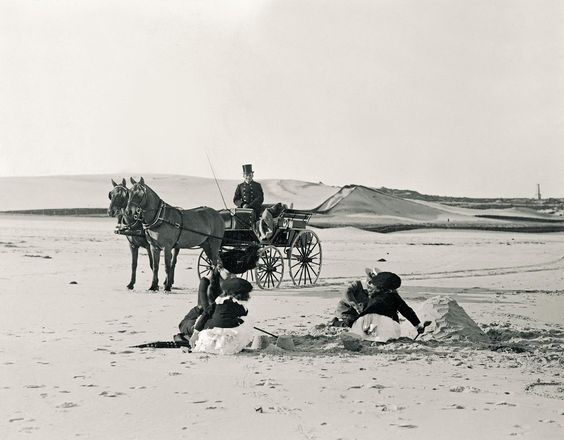 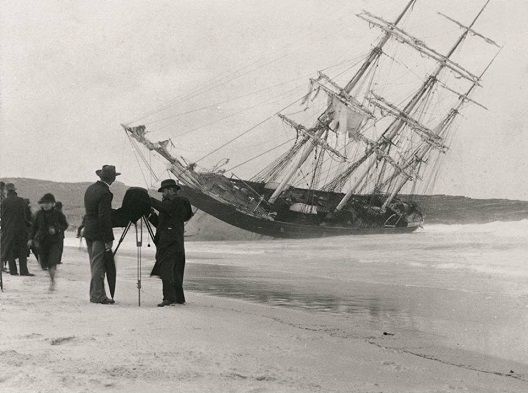 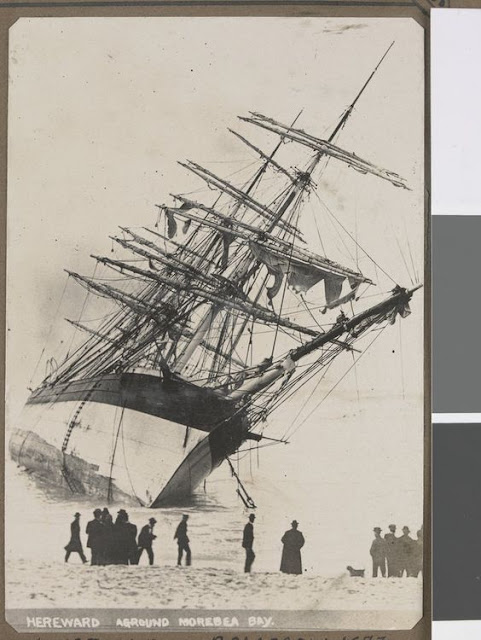 Another pic of the S.S. Hereward aground. She was a full ship iron clipper built in 1877. It was shipwrecked on Maroubra Beach, Sydney on Thursday 5 May 1898. The Hereward was wrecked while travelling from Sourabaya. 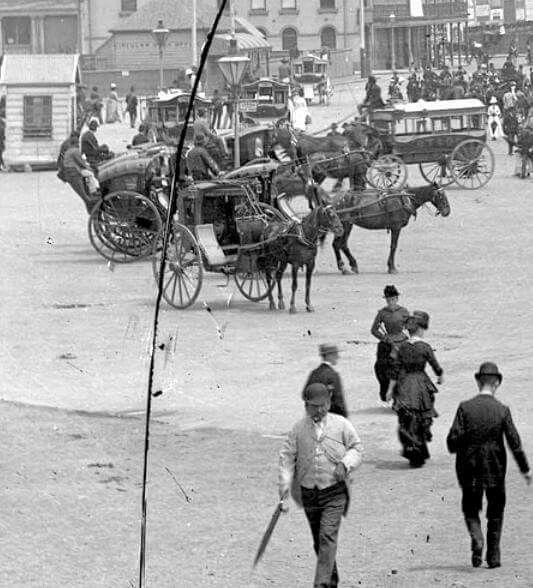 A rank of hansom cabs at Circular Quay in Sydney in 1889. 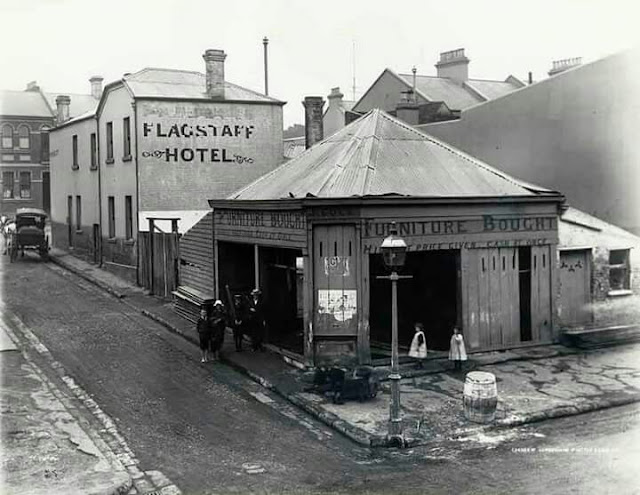 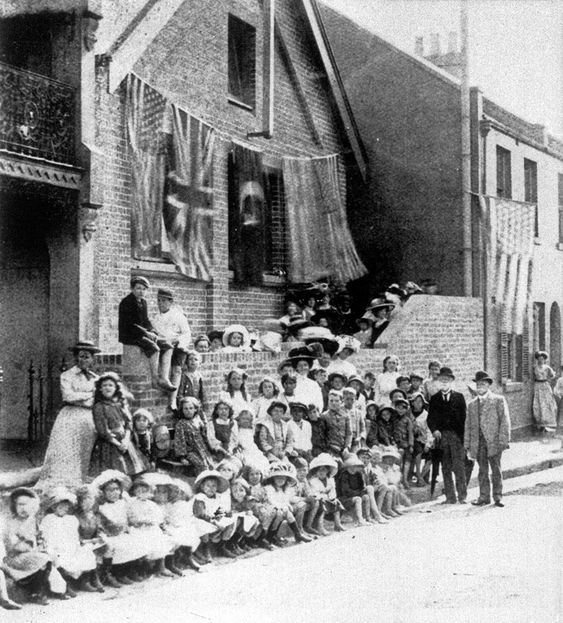 Jubilee School on lower Campbell St, Surry Hills in Sydney in 1912.The school was a ragged school, one that was organised by charitable institutions for destitute children. 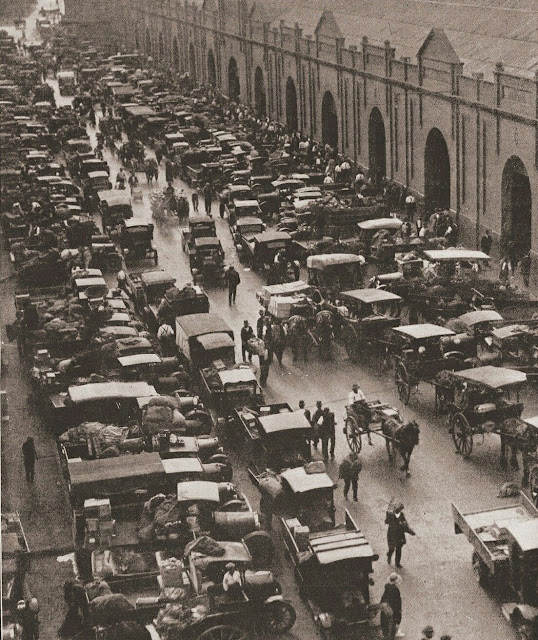 Paddys Market and Hay St, Haymarket in Sydney in 1929. 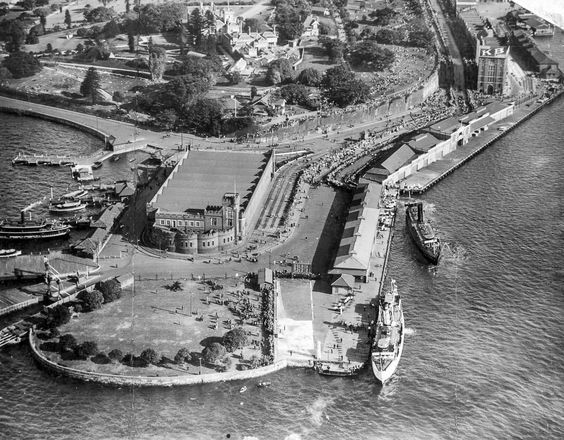 1952 Tram Shed at Bennelong Point where the Opera House will be built. 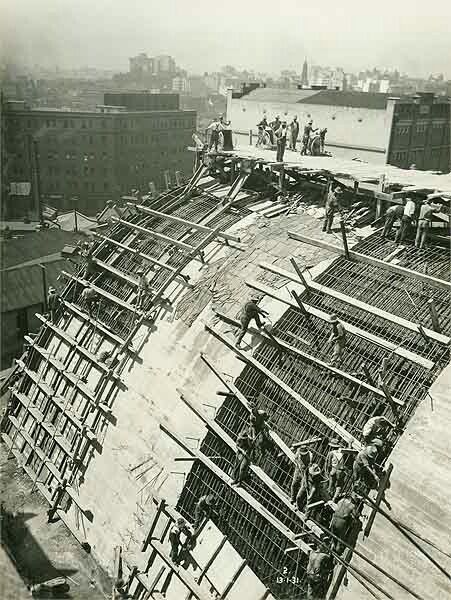 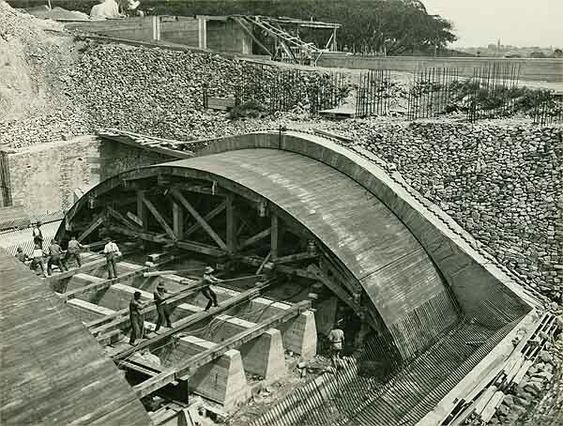 Construction of the Argyle Street Arch at the Rocks, Sydney, 1931. 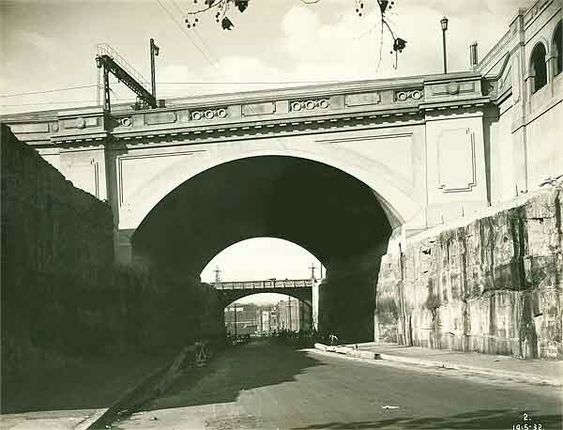 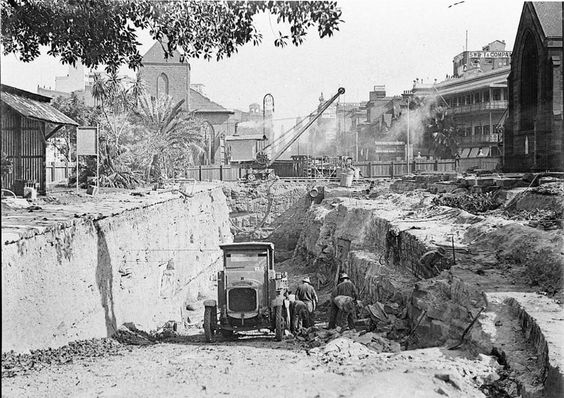 Early excavations of northern end of York St in Sydney for southern approach to the Sydney Harbour Bridge, 1930. 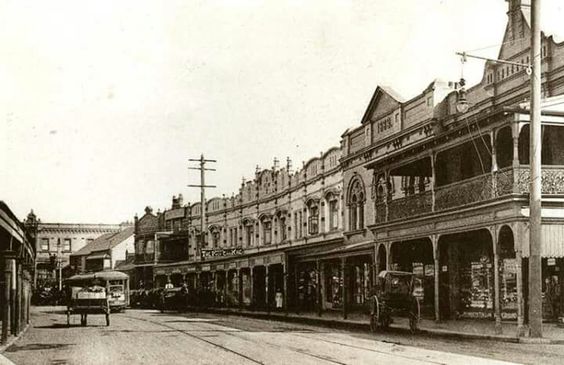 King St, Newtown, looking west from junction of King and Elizabeth Streets towards Missenden Rd in 1910. 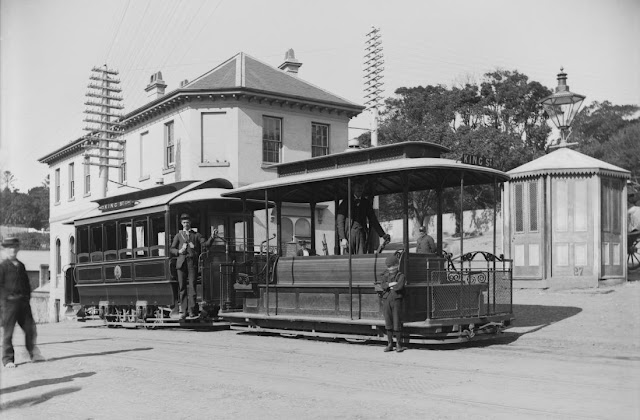 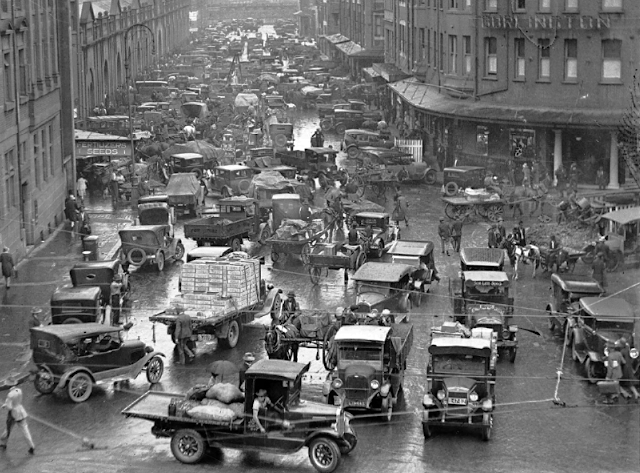 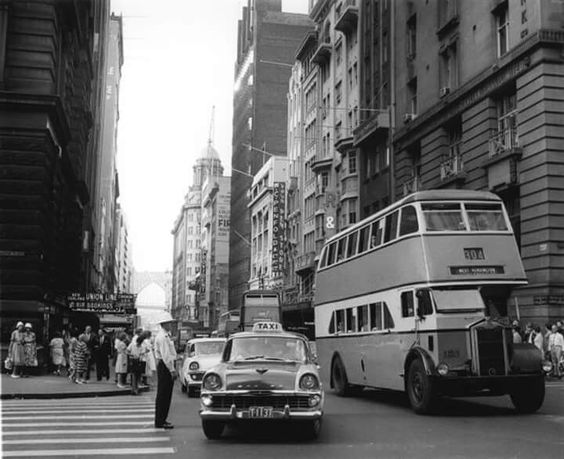 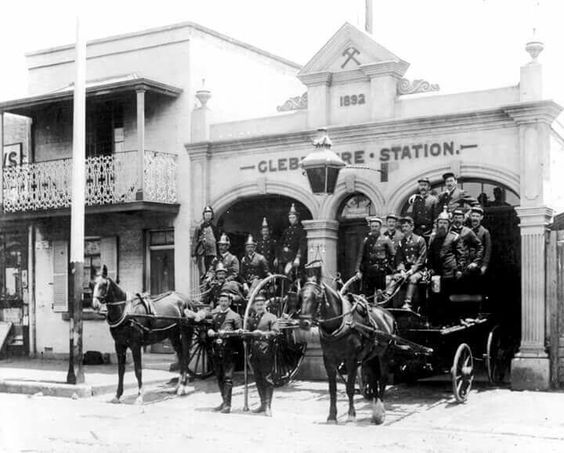 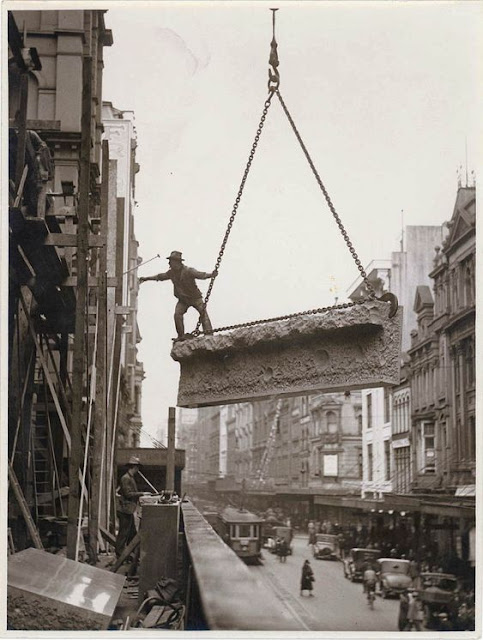 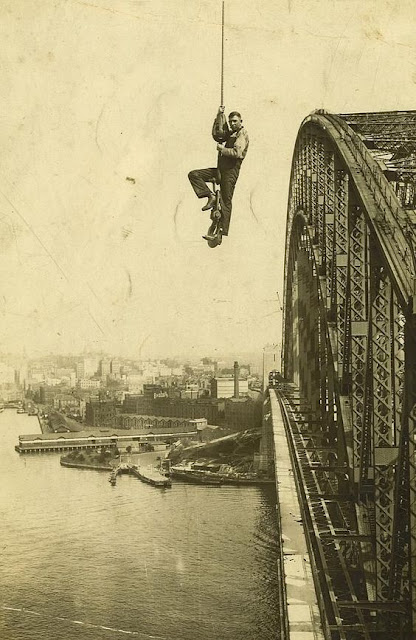 Dogman, during construction of the Sydney Harbour Bridge (completed 1932) 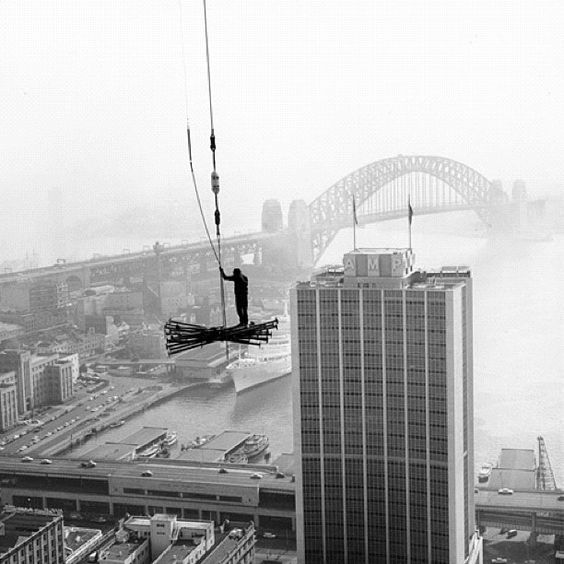 In 1957 the 1912 restriction of building heights in Sydney was lifted, changing the city skyline. The first building to break the barrier was the 26 storey AMP building (pictured) in 1962. 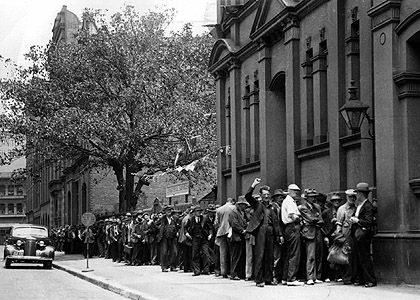 Soup queue, Sydney, during the Depression 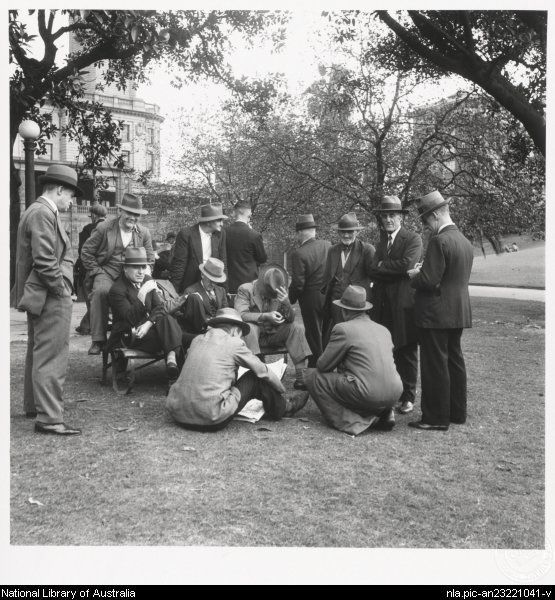 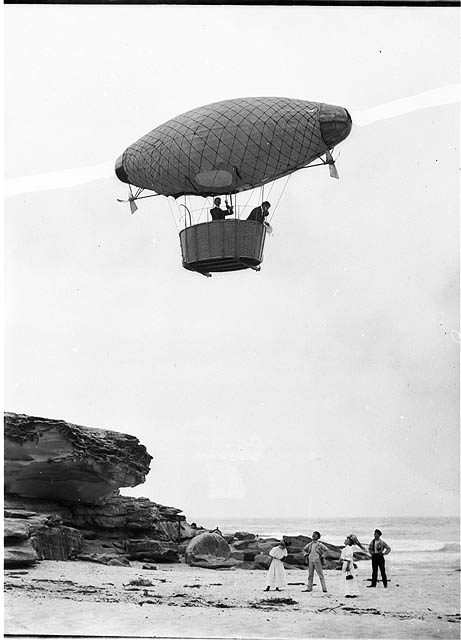 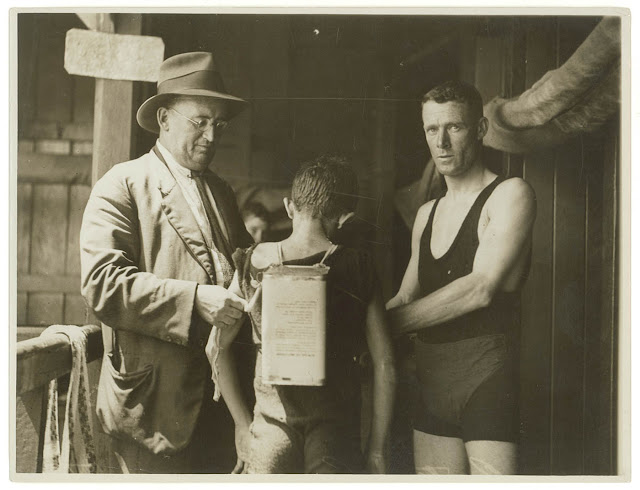 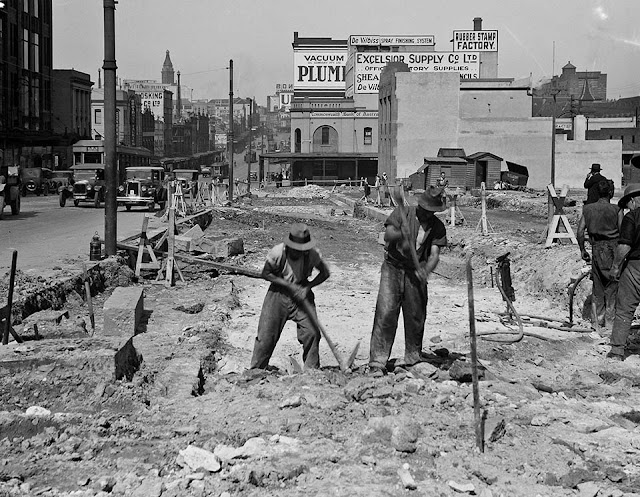