Early on the morning on Saturday, July 19, 1969 Senator Edward Kennedy, brother of John F and Bobby, leading political light and expected to gain the Democratic nomination to challenge Richard Nixon in 1972, gave 28 year old campaign worker Mary Jo Kopechne, a lift back to her hotel. She left her bag and keys at the house on Chappaquiddick Island where Kennedy was hosting a party. Although Kennedy’s chauffeur was there, Kennedy said he would drive her.

At around midnight, Kennedy’s car swerved off a narrow, unlit bridge with no guardrails, ending up upside down in Poucha Pond. Kennedy got free and surfaced, Kopechne remained in the car. Kennedy later claimed that he made several attempts to save her before giving up and returning to the party on foot. He later returned with two friends for another rescue attempt but that was prevented by the strong tide. It was ten hours before the Kennedy reported the matter to the police, only minutes before Kopechne’s body was recovered from the vehicle. John Farrar, the diver who recovered the corpse, said he believed she died from suffocation rather than drowning, trapped potentially for hours in a small air pocket inside the car.

A week after the crash on 25 July, Kennedy pleaded guilty to a charge of leaving the scene of an accident and received a suspended two-month prison sentence, the statutory minimum for the offence. His attorneys had argued he should be granted a lenient sentence due to his age, character and prior reputation.

That night the senator made a speech in which he insisted he had not been driving under the influence of alcohol at the time of the crash, as well as denying “widely circulated suspicions of immoral conduct” surrounding his relationship with Kopechne. He described his decision not to immediately report the incident to the police as “indefensible”, stating that he was overcome by a “jumble of emotions – grief, fear, doubt, exhaustion, panic, confusion, and shock.” An inquest would later conclude there was “probable cause to believe” Kennedy had been operating the vehicle negligently.

Kennedy remained a senator but his Presidential hopes were as sunk as his car on that fateful night, He did not run in 1972 by reason of the adverse impact on his reputation of his actions concerning Mary Jo Kopechne and, when he ran in 1980, his Democratic primary opponent, then-president Jimmy Carter, frequently called into question Kennedy’s character by alluding to the events at Chappaquiddick.

In Kennedy’s posthumous memoir, True Compass, he called the incident a “horrible tragedy that haunts me every day of life”.

In the context of Murphy's type laws, political writer T H White has given his name to a law of behaviour known as the T H WHite Chappaquiidck Theorem: "The sooner and in more detail you announce bad news, the better." 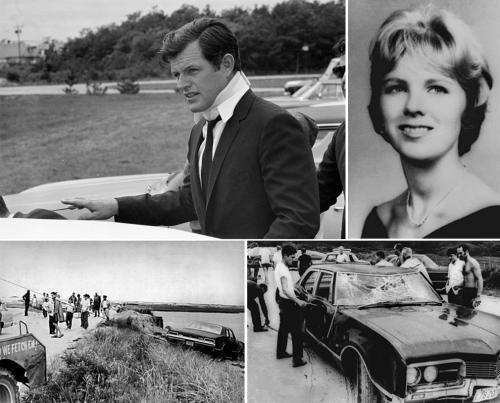 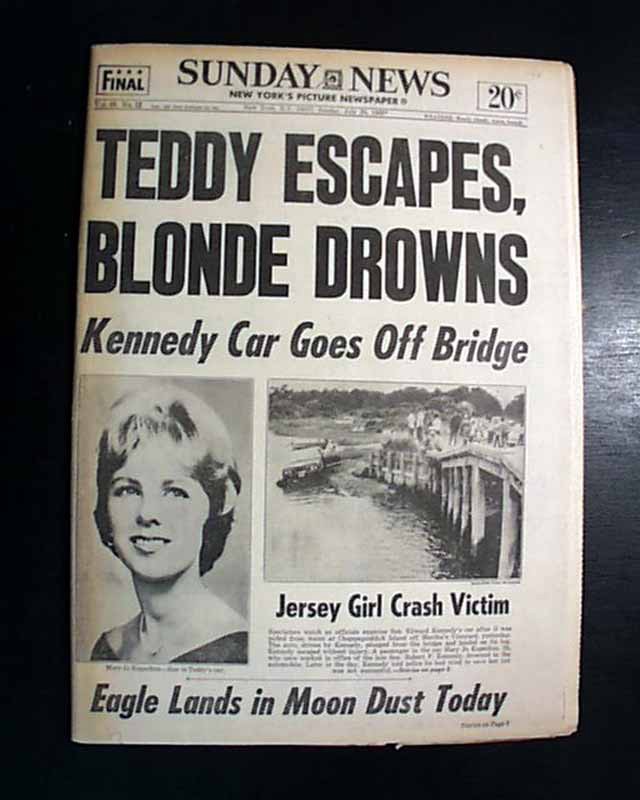 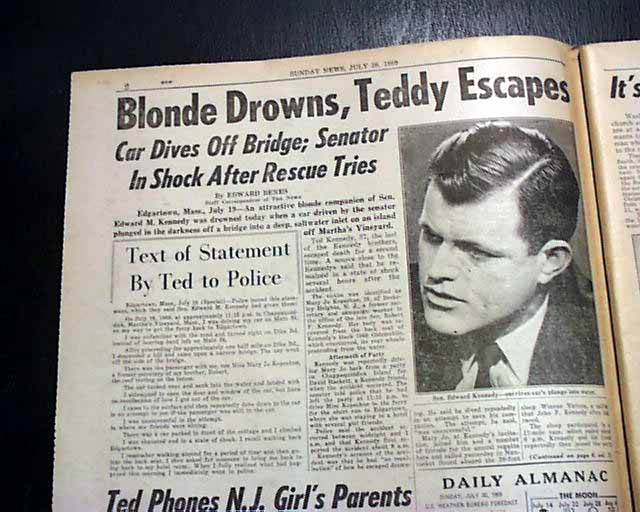 Would such reporting be acceptable today? 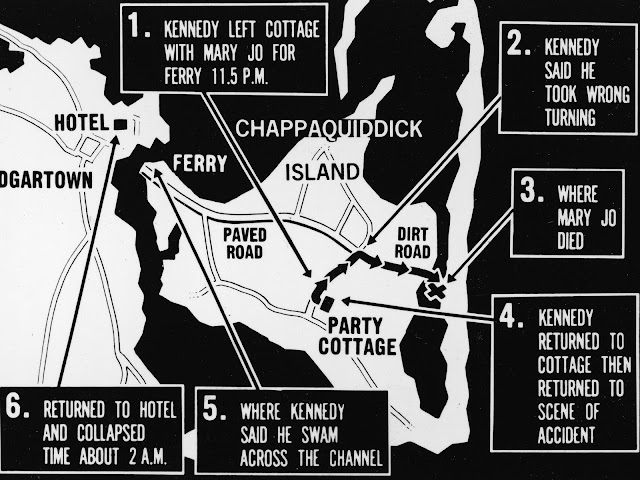